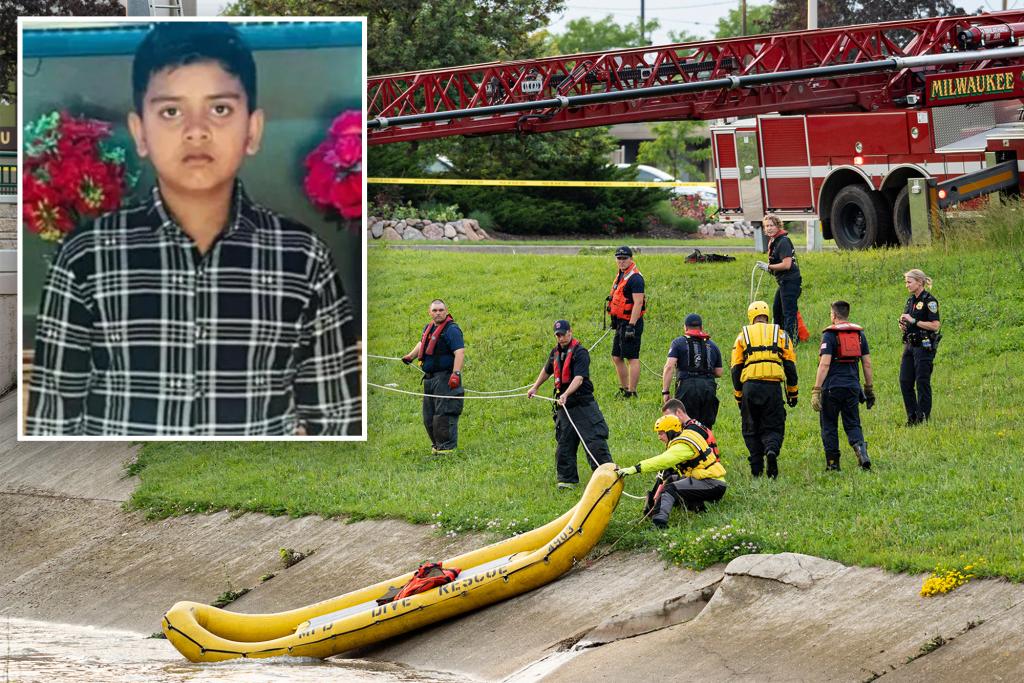 Officials said a child has died and his father and another man went missing on Tuesday after being washed away in a Milwaukee drainage ditch after a strong thunderstorm hit parts of the Midwest and South.

The family said the ten-year-old boy, identified as Mohammad Armaan Rashidulla, was playing ball with his father when he fell into the ditch. According to the WDJT, the boy’s father jumped after him along with another adult member of the family and a Good Samaritan.

CBS News reported that Rashidulla would have turned 11 on July 4 and the search for his father and another man is still on.

“It is clearly understood by everyone here that this is a terrible day, but it will never be as terrible as it is for the family that you see there. I ask that you share their sorrow and their privacy.” Respect,” said Milwaukee Fire Department Chief Aaron Lipsky.

Amid heavy rain and strong winds on Monday, rescuers jumped into the ditch of the creek and tried to save a 10-year-old and two men aged 34 and 37. The search continued on Tuesday as well.

As firefighters focused their search on three connected tunnels that feed water into the Kinnikinik River, rescuers sent a drone into the tunnels on Monday evening but refused to enter themselves due to unsafe conditions.

“The water was strong and it was deep, and he went into a tunnel. In that tunnel, we had no idea what was going on in that tunnel, and so it was difficult for us to have people there to pass through the tunnel. But we will try to go through the tunnel here in broad daylight, if the circumstances themselves exist. Assistant Fire Chief Deven Smoots said on Monday.

Police say the child and the man all knew each other, but did not elaborate further.

The storm caused heavy damage in Illinois, Indiana, Michigan Ohio and other states. The storm left more than 400,000 electricity customers without power as of Tuesday afternoon.