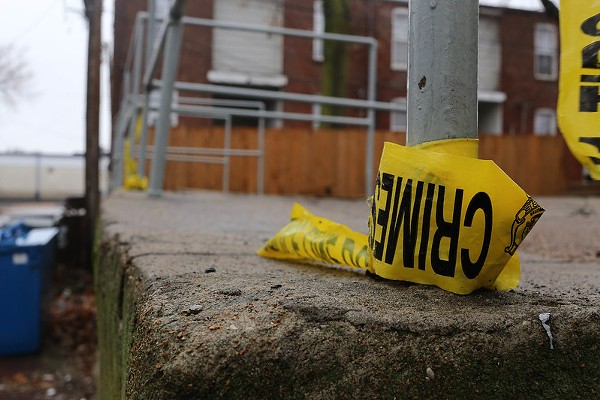 Tenants of two alleged Airbnb units fired more than 100 shots at each other on Wednesday morning.

About 100 shots were fired during a shootout between alleged Airbnb tenants early Wednesday, according to the St. Louis Metropolitan Police Department.

At around 1 a.m. in the Downtown West neighborhood, a debate broke out between parties living on the 1900 block of Washington Avenue and the 400 block of North 20th Street.

Shortly after, a nearby resident told KSDK that he heard shots similar to “machine fire” for two to three minutes.

Overnight…..up to 100 shots were fired, and two victims in the city #stl with Washington.
Del Carney lives nearby. He heard gunshots and fell on the floor. #tisl @ksdknews pic.twitter.com/NlPlEzh4Hr

An Airbnb spokesperson told KSDK that “there are no active listings or reservations on any of the properties.”

According to the police incident report, two people were injured.

Police noted that they arrested two suspects and seized a “large amount” of narcotics and firearms in a rental unit.

This is the most recent incident of fatal shootings this year at alleged rental units in the downtown area.

In early March, a 16-year-old was shot and killed at Ellie Walker Lofts. A few weeks later, two teenagers died at a birthday party at the couple’s station loft apartment. Both were thought to be on short-term rentals.

During the Police Department’s weekly crime update, Lieutenant Angela Dickerson said she does not believe there is an “ongoing problem” with violence in Airbnb’s downtown area. Police spokeswoman Evita Caldwell said the violence stemmed from some “bad actors” who are “doing things they shouldn’t or doing things they’re not telling Airbnb owners.”

In March, Lashana Lewis, president of the St. Louis Downtown Neighborhood Association, told KMOV that the area was looking at city rental restrictions.

“Given the recent events … people are now sure that we have some kind of wrap-around [for] Airbnb requirements, especially in downtown,” Lewis said.