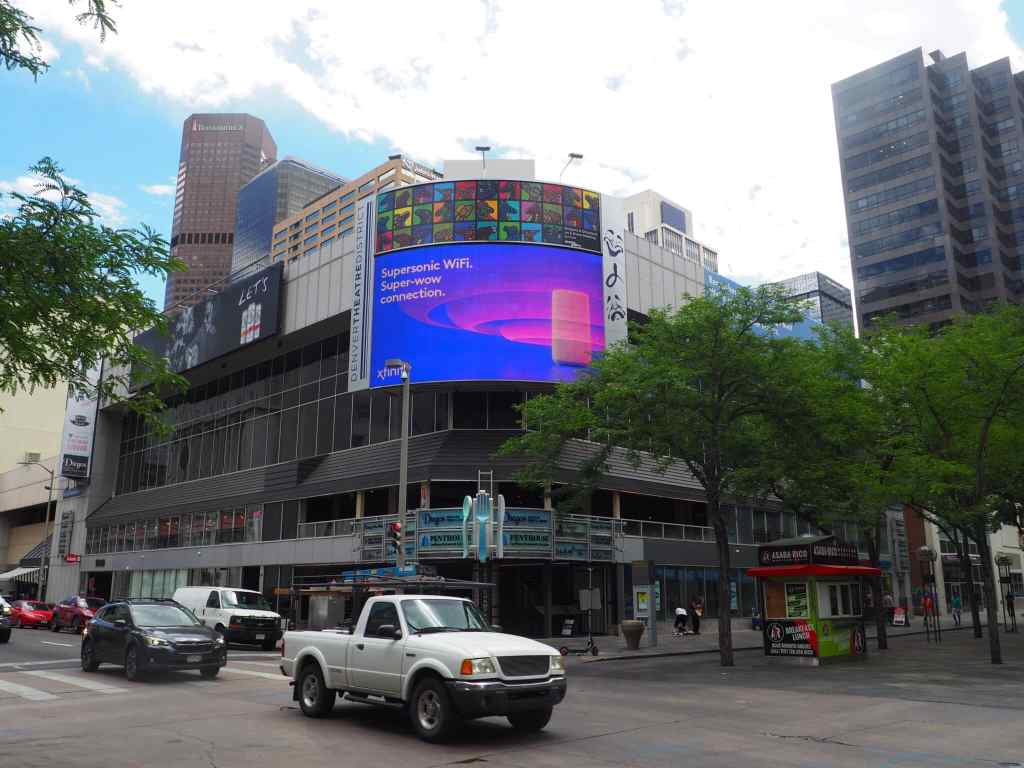 A four-story building along the 16th Street Mall is the second in downtown Denver that has recently been eyed for a potential office-to-residential conversion – something the city wants to encourage.

Crusher Capital, which owns the building at 1600 Champa St., submitted plans for the conversion to the city last week.

Plans call for the top two floors of the building, currently office space, with a total of 40 apartments ranging in size from 470 to 1,135 square feet. Some units on the top floors will have a mezzanine level.

The interior of the floor, away from the windows, will have storage, fitness and other amenities.

As per property records, the building is approximately 72,000 square feet. The bottom two floors, along with the basement level, are home to retail space. Tenants there include a liquor store, several restaurants and a gift shop.

The structure also has several electronic billboards, including a large one on the front corner of the mall on the right. The plans indicate that those hoardings will remain in place.

Crusher, which bought the 1600 Champa St. building in 2014 for $21.75 million, did not respond to requests for comment. A call to Bryant Flink Architecture & Design, which devised the plans, was also not returned.

Nationally, the idea of ​​converting downtown offices into residential space has gained interest in recent years, with more people working from home and city centers struggling to return to pre-pandemic levels of livability.

In December, the owners of the Petroleum Building, a 14-story structure at 110 16th St., submitted plans to convert the office’s upper 13 floors into approximately 130 residential units. No physical work has started.

The conversion is not necessarily easy. Office buildings tend to have higher ceiling heights than residential buildings, and their floors are often wider, making them difficult to fashion in units that all have windows with no unused space.

However, the city thinks some conversion would be a good idea.

While the decision to transform the space will have to be made by a building owner, the city wants to ensure that it is not creating any unnecessary hindrances.

“To that end, city employees have begun working with owners/operators of these types of buildings with the goal of identifying and removing regulatory barriers to help encourage these types of conversions,” said Swartz. he said. “This work is still early, and we would expect to share possible code or process updates in about a year.”

Swartz cited the fact that many employers have adopted hybrid work policies, meaning employees are not in the office Monday through Friday.

“The city believes there is an opportunity here to help create a more fulfilling neighborhood city with more housing options by focusing on vacant commercial and office space.” “Reusing existing building stock is also an environmentally friendly and cost-effective approach to construction.”

The most prominent example of an office-to-residential conversion downtown is 1600 Glenarm Place. Denver-based RedPeak bought the 31-story office building in 2004, converted it into apartments, and sold it in 2018.

MODY: Early symptoms of this rare form of diabetes that affects young people