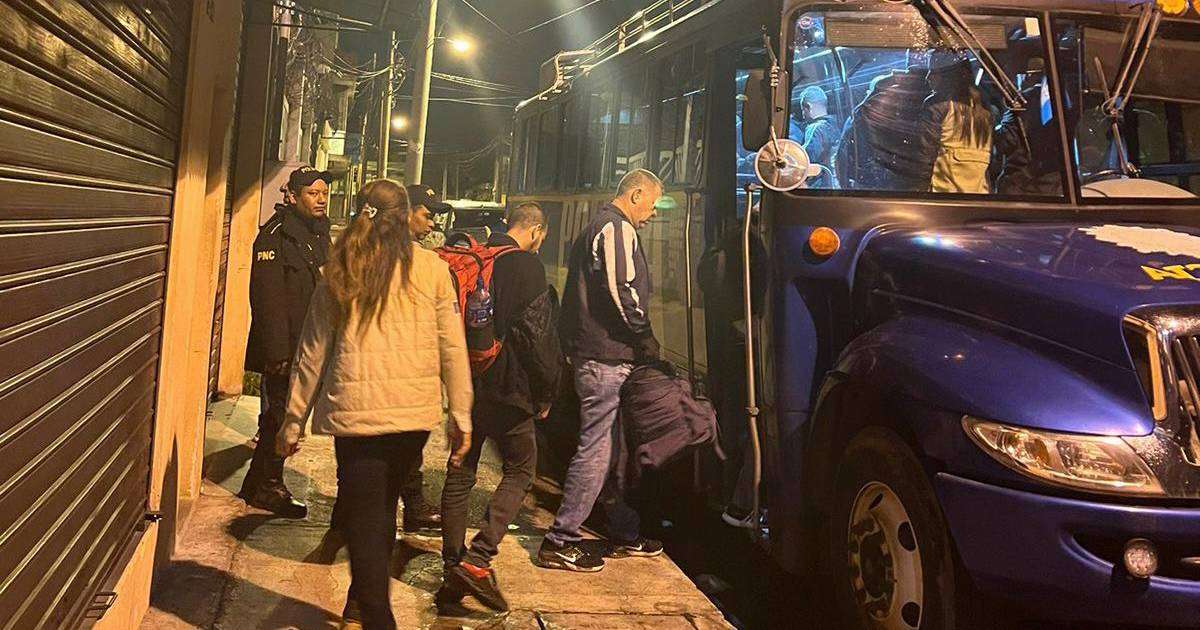 Guatemalan Institute of Migration Agua Caliente, on the border with Honduras, reported the expulsion of 20 Cuban migrants in Chiquimula.

Migration indicated in its statement that apart from the 20 Cuban migrants, four people from Nepal, five from Bangladesh, seven from Ecuador and another 12 from Venezuela were deported from Honduras. National Civil Police moved the migrants Agua Caliente Border Post.

Cuban immigrants were detained for transiting irregularly through Guatemala. He was housed at the Immigration Care Center for Foreigners (CAMIEX); The institution that coordinated the removal of, after providing him with health care group of 48 people of different nationalities.

Guatemala is one of the countries on the migrant route from Cuba by land towards the border with Mexico and the United States. Guatemalan immigration officials maintain operations to detect and process undocumented immigrants.

in November Guatemalan Institute of Migration reported the eviction of Another group of four Cuban immigrantsthat did not meet the requirements to legally transit through the territory.

a week ago he arrested a Unknown number of Cubans They were traveling in a group of 111 people of different nationalities, traveling in buses, when they were caught by police at kilometer 67 of Taxisco, under the jurisdiction of Escuintla Department.

Also in early November, another group traveling by bus about 50 cubansThe arrest was made at Livingston in the Isabel Department in Guatemala, on the route between Buenos Aires and Río Dulce.

All miners are safe after being rescued from a mine near Sandbury, Ant.

CDC says to ‘avoid cruise travel, regardless of vaccination status’