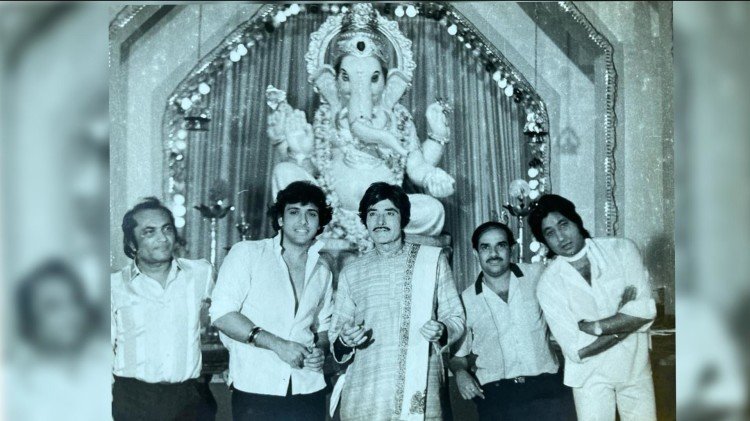 Mehul Kumar is the only Bollywood filmmaker with whom Rajkumar has worked in three films ‘Marte Dum Tak’, ‘Jangbaaz’ and ‘Tiranga’. It has been 35 years since the film released on 17 July 1987, but director Mehul Kumar does not forget every single thing related to the making of this film. Apart from Rajkumar, stars like Govinda, Farha, Shakti Kapoor and Om Puri acted in this film. The film was a super duper hit Golden Jubilee in that era. This happened once during the shooting of this film when actor Raj Kumar called Mehul Kumar himself and forced himself to pay tribute to himself, what is this whole story, let us tell you..

Mehul Kumar says, ‘I can never forget a scene from this film. When we were shooting the last journey scene of Raj Sahab’s character in Khandala, more than a thousand actors were gathered. A fake body was kept decorated. I was taking shots from the crane. Then the prince called me. I don’t understand why you are calling me. When I went there, an assistant from the art direction team stood with a necklace of flowers. Raj Saheb said, Mehul, wear this necklace for me. I did not understand anything, then he said, look, I know you will not get this chance when we will go forever. I want you and also want us to give you this chance today.

Even now Mehul Kumar gets emotional while narrating this incident. He says, ‘When Prince Saab asked me to pay tribute to him in this way, my whole body trembled. Panicked, I could only say that why are you saying this? May you live a hundred years from above. Then he postponed the talk and I too got busy shooting back. A few years later, I was shooting with Amitabh Bachchan and Dimple Kapadia in Mehboob Studio for the film ‘Mrityutata’. Then a call came from Rajkumar Saab’s house. Turns out he was no more. The caller told that your name is included in the list of people whom Rajkumar Saab asked to call at home after his death.

Hearing the news of Rajkumar’s death, there was an uproar in the entire film industry. Mehul Kumar also started preparing pack-up to attend his funeral. Mehul Kumar asked the caller that when is the last rites. Mehul says, ‘The caller only said that his last rites have been done. A few days before he died, he had made a list of people close to him who were to be called after his funeral. When I left the shooting midway and went to his house, sister-in-law told that he did not want his cremation to become a spectacle. I remembered what he said during the shooting of the film ‘Marte Dum Tak’ that day when Raj Sahab said that Mehul, you wear this necklace for me, then you will not get this chance.’

Mehul Kumar tells another anecdote from his film ‘Marte Dum Tak’. He says, ‘One day during lunch, Rajkumar saab’s manager Ehsan came to me and said that Raj saab is calling you. When I reached there, he hugged me and said, ‘I like your nature and your style’. Then he made another disclosure. He said, on the very first day, I give some or the other direct suggestion to every director. If he agrees to my point, then I keep giving suggestions throughout the film. If he does not agree and convinces me with his vision, then I surrender to the director.