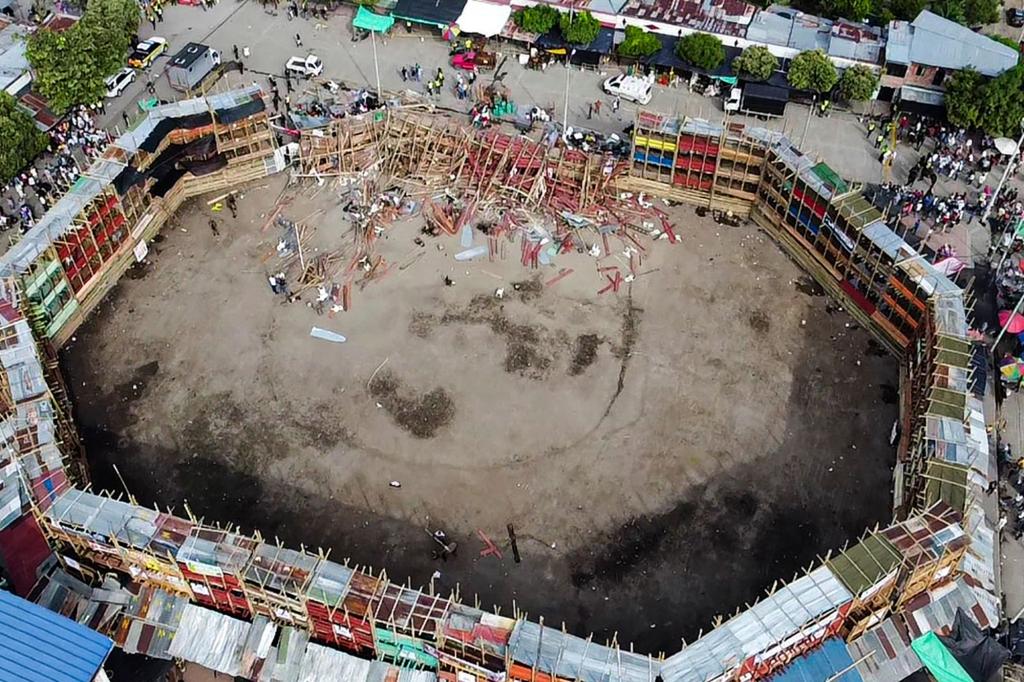 A portion of a wooden stand collapsed during a bullfight in central Colombia on Sunday, killing at least four people and injuring hundreds, officials said.

The disaster occurred at a stadium in the city of El Espinal in Tolima state during a traditional event called “corraleja”, in which members of the public enter the ring to engage the oxen.

Videos taken during the bull fight showed a three-storey section of the stand collapsing when people shouted.

“We have activated the hospital network in Tolima,” Tolima government Jose Ricardo Orozco told the local Blue Radio. “So far four people have died: two women, a man and a minor.”

Regional health officials said during a news conference late Sunday that 322 people had gone to local public and private hospitals for treatment after the fall. Orozco said the death and injury figures were still preliminary.

Orozco said he had asked for the suspension of the traditional “corlejas” in Tolima before Sunday, but it was held anyway.

President-elect Gustavo Petro urged local authorities to ban such events, noting that this was not the first time such an incident had occurred.

“I ask mayors not to allow more incidents involving the deaths of people or animals,” he said.

Current President Ivan Duque announced an investigation into the disaster on Twitter.

“We mourn the terrible tragedy recorded in El Espinal, Tolima, during the festivals of San Pedro and San Juan, with the collapse of the stand during a Corleza. We will demand an investigation.”