Benidorm this year has celebrated the first ‘fancy dress party’ without restrictions since the pandemic began, Legendary Costume Party Focused on the British, it is held every year in November after the end of the patron saint festival.

In total, and according to municipal sources, about 40,000 people, mostly from the United Kingdom, They met in the streets of Rincón de Loix To celebrate this huge costume party which is celebrating its silver anniversary this year and which has once again filled this neighborhood of the city with imagination and humor.

The origin of the fancy dress party is purely celebratory: was celebrated 25 years ago, When the manager of a pub in the English countryside decided to invite everyone who dressed up to drink. i agree tooTo end the Benidorm festivities, Which starts from the second weekend of November and runs till the next Wednesday.

This impromptu carnival grew year after year until, finally, was institutionalized with an impulse from the city itselfIncluding parade of floats. It is a huge success among the English community, who consider it a highlight on the holiday calendar and often fill area hotels to attend.

The streets of the English neighborhood of Benidorm are packed with people for ‘fancy dress parties’.

this thursday morning Hundreds of tourists dressed in their costumes have already been seen, But it was after 4 pm when the most anticipated moment began: the parade of floats, accompanied by bands, batucada, DJs and dance groups.

That’s where the mayor’s gone, Tony Perez who have enjoyed the parade with the councilor of the feast, Jesus CarablesCommissioner of Civil Defense, Lorenzo Martinez, and the National Police Corps, Ceferino Serrano. 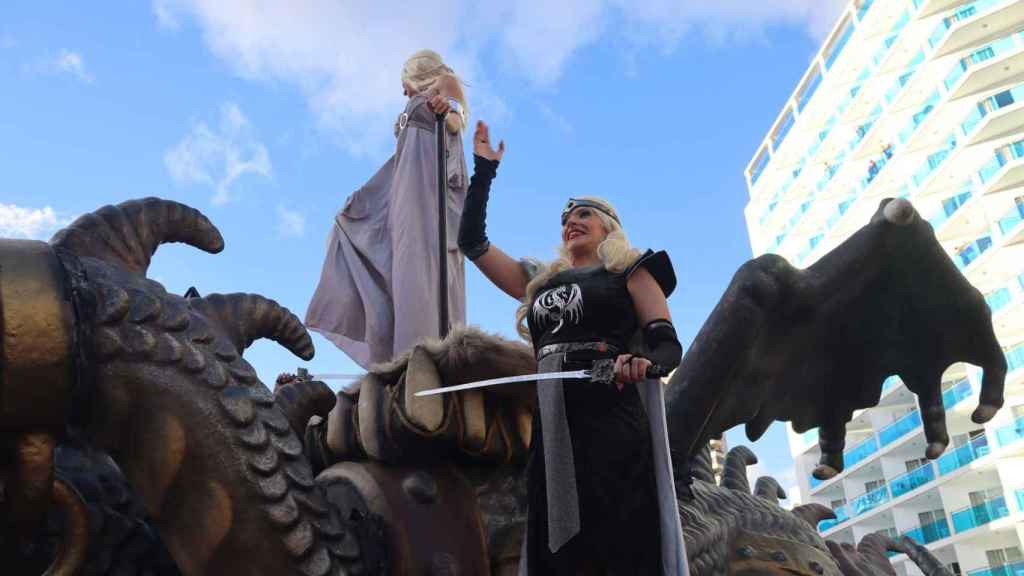 Another tableau that has left this Thursday.

A total of 16 tableaux took out the parade. Via Lepanto, Deramador and Gerona Streets to the applause of those present throughout the tour. The festivities have been canceled for the past two years, but that hasn’t stopped a huge number of UK citizens from coming together and having fun in 2020.

In that sense, the organizers believe that this year the attendance figure of 2019 has been surpassed and it is not surprising: The British market in Benidorm has become active again in recent months.  And has already crossed national customers again.