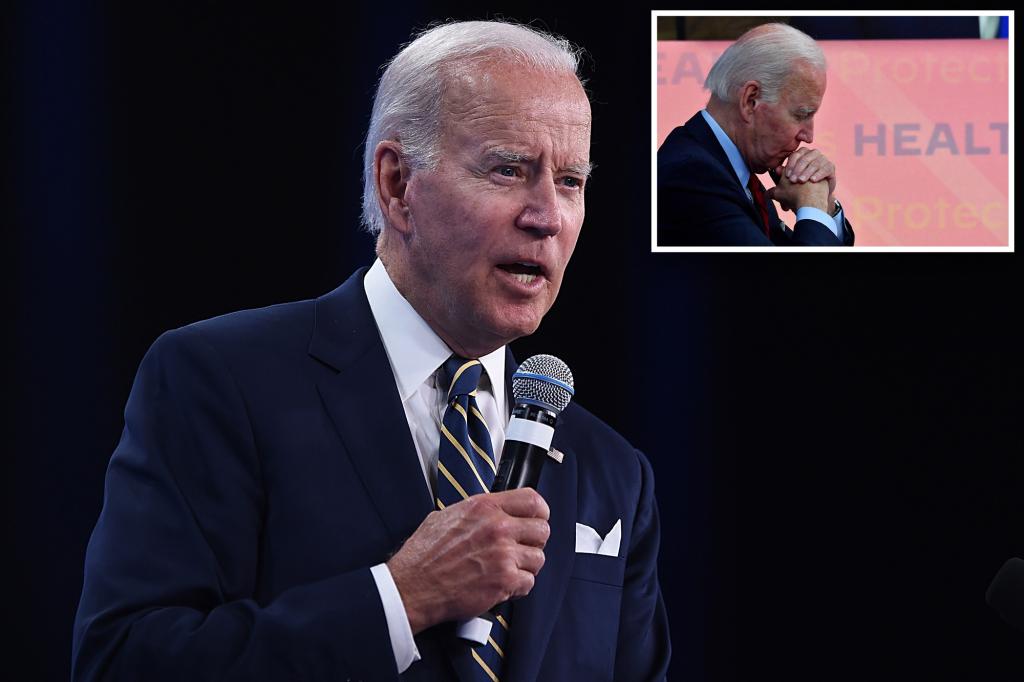 More than seven in 10 Americans say they don’t want President Biden to seek a second term, according to a new poll.

The Hill reported Friday that a Harvard CAPS-Harris survey found that 71% of Americans did not want to see Biden running in 2024, while just 29% said they should.

In the party of people against the second run, the reasons were varied, with 45% saying it was because he was a bad president. One in three said the president was too old to leave and 25% said they just wanted to see a change.

“President Biden wants to run again, but voters say ‘no’ to the idea of ​​a second term, which he is working on as president,” Mark Penn, co-director of the Harvard CAPS-Harris Poll, said in a statement. , “Only 30 percent of Democrats would vote for him for the Democratic presidency.”

The election will certainly fuel speculation from Democrats anxious to remove Biden from the podium. The president will turn 80 this year, just weeks after the Democratic side was expected to be wiped out in the 2022 midterm elections. Their approval ratings are deeply underwater, polling shows.

The Harvard CAPS-Harris survey also showed that Americans were also not enamored of the prospect of former President Trump returning to public office, 76, with 61% of respondents saying he should not run for the White House in 2024. Sixty percent of voters said they would consider a moderate third-party candidate if they are presented with another Biden-Trump face-off.

Once a Threat to the Season, Omicron Is Sitting Out the Super Bowl