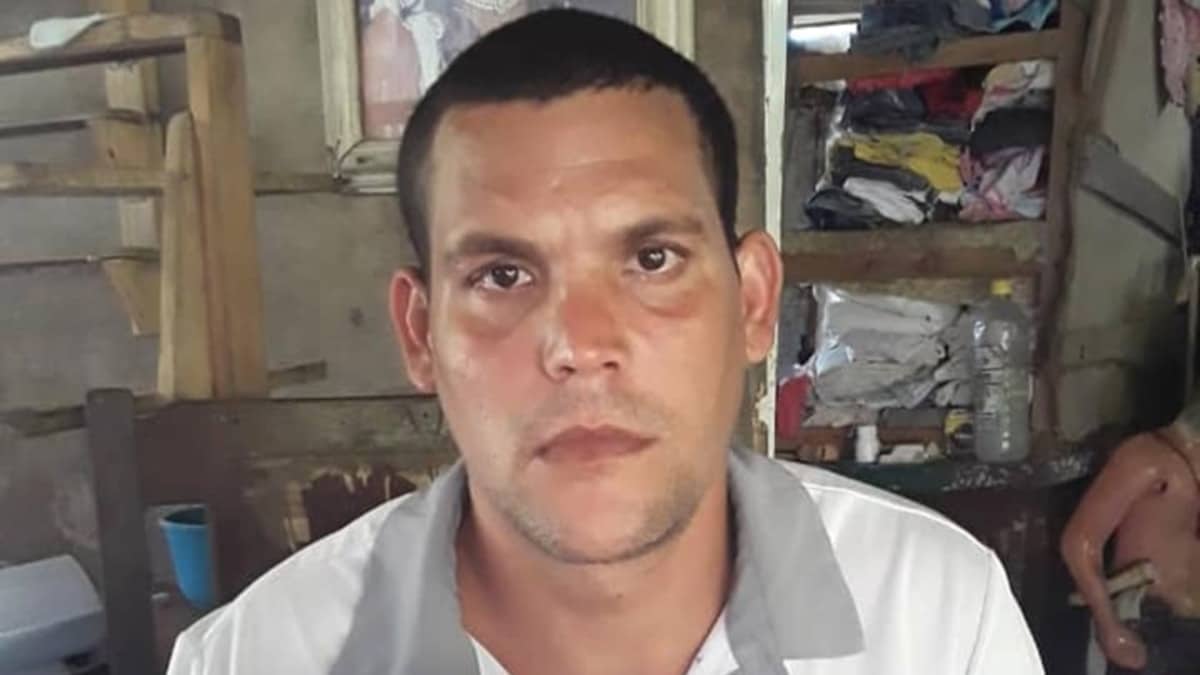 the young man Adonis Alexander Ramon LeonA protester on July 11, 2021 in La Guinera was apprehended by the United States Coast Guard last week while trying to illegally enter that country.

Ramón León, 28, left Cuba in a small boat on 6 December with 29 other residents of the neighborhood. The next day he was picked up from Havana by the US Coast Guard, Elizabeth Leon, the political prisoner’s mother.

“At the moment my son is on the ‘mother ship’, under investigation, to see if the ‘credible fear’ is true,” the woman explained to Radio Marty.

believable fear interview Have an interview with an asylum officer who asks about your country of origin, the reason you left, and whether you fear returning to the area of ​​your birth.

People who fled their country because they were persecuted, or were afraid, have the right to request asylum.

He was detained for 59 days in the detention center of the Technical Investigation Department of the Ministry of the Interior, known as 100 and Aldabo; then, in the Jovenes del Cotorro prison in Havana and later, in preventive detention in the Combinado del Este, from where he was released with a change.

“Adonis was accompanied by 29 people who set out in search of their freedom. These are the boys of the locality. They made them all back here, except him. When I arrived, I asked them and they told me that Adonis had requested political asylum. They created a situation that, if he returned, they would drop him in jail, as he was under house arrest, and they released him, but the investigation was on,” explained the 11j protester’s mother.

The US Coast Guard said the crew of the cutters Raymond Evans and Charles David Jr repatriated 152 Cubans on Saturday after several missions off the Florida coast.

when they reached cuba [sus compañeros de travesía] State security were waiting for Adonis and another boy, who was a protester, but they did not allow him to stay on the ‘mother ship’ and the police arrested him. He is under arrest at this time,” said Leon, who did not identify the detainee.

According to exiled activist Salome García Bacalao in the US, 9/11 protesters Yunier Soto Sanabria and Deván Rodríguez Morales also fled Cuba. “Everyone has the right to request political asylum and has sufficient arguments to demonstrate their credible fear,” he said on Twitter.

Three brothers of Ramón León have already been convicted and are serving prison sentences for the same reason, their peaceful participation in demonstrations in the summer of 2021: Santiago Vazquez León, with a prison sentence of 7 years; Jose Antonio Gomez Leon, age 7, and Frandy Gonzalez Leon, age 7, were sentenced to 6 years in prison.

According to what the woman told Radio Martí, the woman received a police summons this Sunday at 15 and K in Vedado, where the Directorate of Penitentiary Establishments of the Ministry of the Interior is located, to talk about her three imprisoned children, especially Santiago to do.

Leone said that his son Adonis tried to look for work, and was denied. “They told him not to go anywhere else, that they wouldn’t give him a job here in Cuba,” he said.

US officials have warned that irregular migrants stopped at sea will be deported to their countries of origin.

Love of aeronautics and space: who are the Argentine twins who design the most innovative pieces