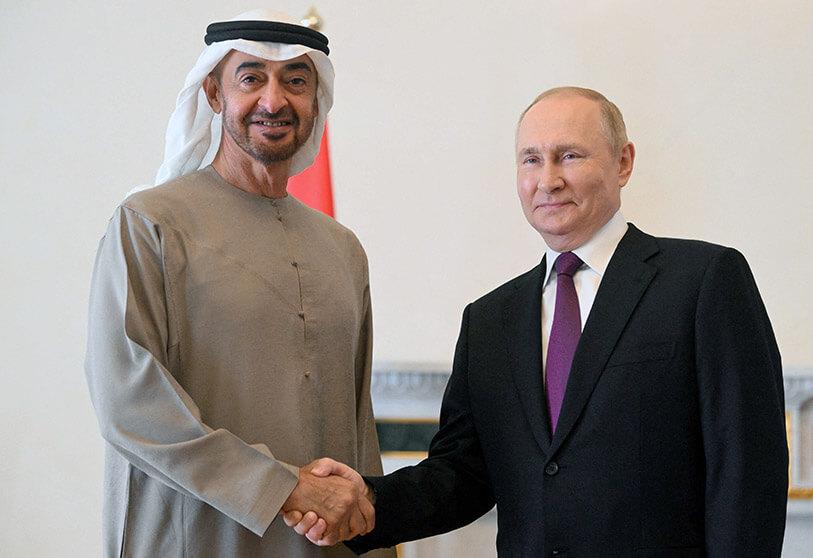 “The UAE will not take sides.” This is one of the great conclusions reached by experts like Anwar Gargash.Advisor to the Cabinet of Mohamed bin Zayed, President of the United Arab Emirates.

The statement of the analyst expert in diplomacy comes at a time when the gap between the Western and Eastern blocs is digging deeper since the start of the war in Ukraine. Shift of competition between the United States and China toward the Pacific,

For the United Arab Emirates, the issue is more current since it followed the OPEC+ roadmap, an organization in which it participates closely with Saudi Arabia, and which decided not to increase oil production, and therefore to meet demands. However, it has led to a reduction in prices. America’s led to war in ukraine Huge increase in the price of hydrocarbonsBut the organization that controls most of the world’s oil decided to stand by its estimates of production.

The UAE justified its decision as purely economic, without the political intention of favoring Russia in the competition, This idea gained strength in the Geopolitical Forum held in Abu Dhabi. The UAE wants to be seen as a bridge between East and West. Maintain an unambiguous position between the two world poles and prioritize their interests above all.

Emirates hopes to get the best of both worlds, and it is clear that its relationship with one of the two poles should not deprive the other party of pampering. For the United States, the important involvement of American veterans in the security of the small Gulf country comes to the fore. Despite the fact that the emirate is known as a little Sparta, due to its military potential in relation to the expansion of its territory, US intervention in the region is essential for the security of the Arab country. Your Main Threats, the Houthi Rebels of Iran and Yemenare still presented as a threat that the UAE and its allies cannot face alone.

Keeping the situation vague is a difficult policy to maintain balance. UAE’s ambitions to participate in advanced weapons cooperation projects together with the United States This is compounded by China’s huge strides in the Gulf from an investment perspective.

Washington senators and military experts have already assured that the Emirates cannot enjoy this participation in projects like the F-35 because of the level of Chinese involvement in the country’s infrastructure. It was not liked by all political circles in Congress and the “Deep State” when the UAE retracted its position. in favor of one china policyWhen Speaker of the House of Representatives Nancy Pelosi visited Formosa Island and met with the Taipei government.

In the Gulf country’s public opinion, more and more citizens believe that the country’s foreign policy should give greater priority to China and Russia in the future and favor relations with them. For now, however, the effort of balance and opportunism on the part of the Emirati government is latentIt remains to be seen how its position develops in the future in the face of the struggle between the United States and China for world supremacy.