A consortium meeting in Rome ended with shots fired and the deaths of three women: one was a friend of Giorgia Meloni. 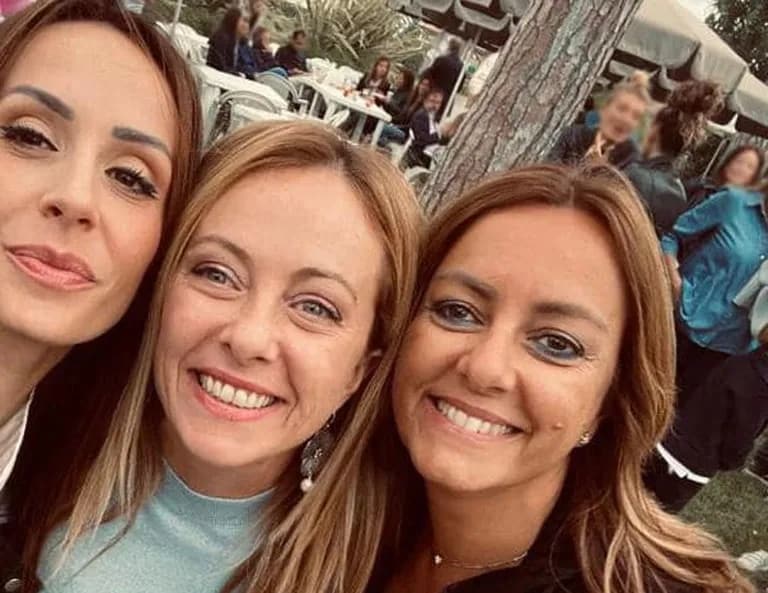 Rome.- at least three women died One of them was a friend of the prime minister of Italy, Georgia Meloni, after the shootout attack a man who made his way into a union meeting for problems in his building at a bar in the Fiden neighborhood, Rome.

killer, Claudio Campi, Shots were fired against participants in a meeting of co-owners in a northern neighborhood of the Italian capital on Sunday morning Stolen the murder weapon, a Glock pistol, at a shooting club.

“I’ll kill them all”, Those present at that meeting were the phrase issued today by Claudio Campiti before he was shot.

Campy maintained poor relations with the united owners and the administration, who Accused of wanting to evict him from his flat, According to a text published on his blog in early November.

The 57-year-old’s target was the board of directors of the Valverde consortium, which manages a chain of villas on Lake Turano in Rieti province. He had been at war with that consortium for years, felt victimized and refused to pay the expenses.

Around 9:30 a.m. local time, the man entered the wood and plexiglass structure via Monte Giberto, a short walk from a bar. He closed the door behind him and started firing.

A few minutes ago a semi-automatic was stolen from the Tor di Quinto shooting range, He fired towards the people sitting at the table.

Three women died on the spot: Sabina Sparandio, 71, Consultant to the Consortium; Nicoletta Golisano, 50, auditor and family friend of Prime Minister Meloni; why Elizabeth Maun, 55, Accounts Secretary. All three died due to bullet injuries in the chest.

Four others were injured, including Bruna Marelli, the 80-year-old president of the consortium.

Meloni disclosed this through a Facebook post on Sunday night. Nicoletta Golisano, mother of a 10-year-old She was a friend of his.

“Nicoleta was a protective mother, an honest and judicious friend, a strong and fragile woman at the same time”, reassured the far-right leader on his Facebook page, where he posted a picture of the two during a party.

The killer has been “arrested and I hope that justice will take its course quickly.” “But justice is not a convenient word to talk about what happened, because It’s never fair to die like this.” Meloni added.

30 people present in the meeting tried to save themselves.

was the first to respond Silvio Paganini, The 67-year-old, who jumped on the killer and blocked him, was then helped by others. He too got injured.

Dozens of phone calls were received on the emergency number 112 after the shooting. “Run through Gilberto, it’s hell.”

Within minutes, several ambulances and several patrol cars arrived on the tree-lined street. The man was handcuffed and transferred to a weapons barracks in Eur.

During the hours, the researchers reconstructed the scheme implemented by Campiti, which in the past Your gun license application was denied The fire incident happened right in the light of the controversy, made up of crossed reports, that had been going on with the consortium for some time.

Around 8.30 he went to the polygon, which is now closed by order of the prosecutor. there, Leaving an ID, handed him his pistol, a Glock, and left. He got into the car and after traveling for about 9 kms reached the roundabout where the meeting of the consortium members was to be held.

gross There must have been about 4 or 5 shots fired, According to officials, all at close range, at point blank range.

We knew he had problems, but We didn’t think it would go this far”, said the shocked witness.

A man who lost his 14-year-old son in a tragic accident in the mountains in 2012 expressed his anger against the consortium in a blog. ,Welcome to the hell, Here with the penal code, the state goes to the toilet, reporting is a waste of time, they are all thieves”, he wrote in a 2021 post, in which he included a very long list of allegations against other union members.