A couple attacked parents and students with a knife during an occupation at the Lenguitas school. no casualties but it was a very tense moment 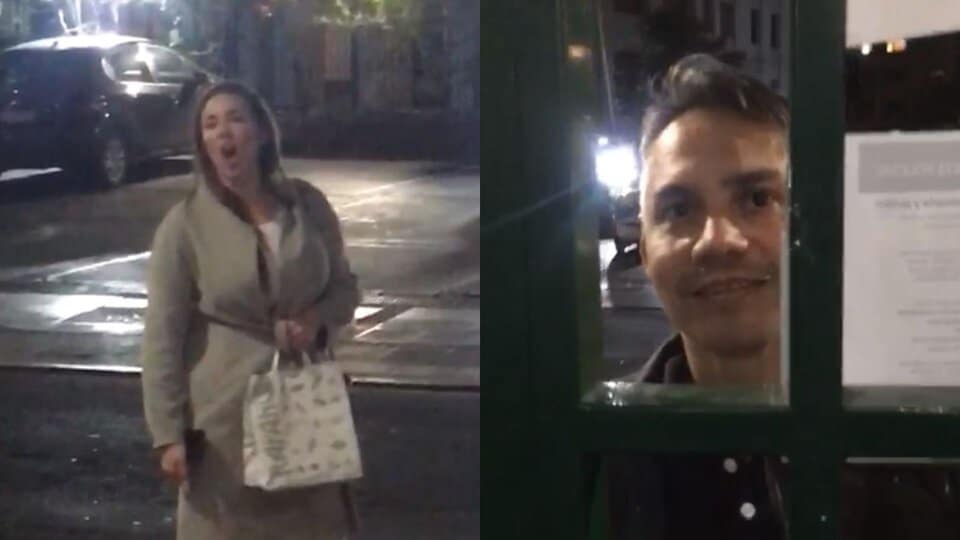 A couple attacked a group of parents and students at the Lenguas Vivas Sofia Esther Broquan school in Spangenberg, known as “reeds“. With a knife, he threatened students to support the takeover of the school, which, together with other schools in Buenos Aires, made its fifth day today for claims of budget constraints for food and a general improvement in building conditions. Celebrate.

In this case a violent situation arose in the school.”reeds“. “We live in a very ugly situation. two provocateurs came and they were with a knife, He grabbed a mother by the hair. He pulled her by the rope. he spat on a student”, reported a mother from the institution last night.

According to what could be reconstructed, at around 9:30 a couple approached the entrance and started attacking and provoking the parents and students present. When a mother from the school started filming the situation, the assailant, an alleged neighbor of the area, attacked the mother and they fell to the ground.

of the alleged neighbor’s portfolio at the time a knife fell that he would later say that it was given to him as a memento in a restaurant. He assured that he contacted the school to speak up because “working breaks his spirit” and that violent parents and students are present.

However, in a video you can see it treating students as “boludas” and telling them to study because she “pays for their school”, It’s not like he told the media: “I approached and made a small talk at me. And a woman grabbed me by the hair. My friend got rid of that person. I wanted to exchange, but it’s not possible.”

Following what happened, the presence of the police was requested to nab the attackers and an investigation was launched in the area court. “Luckily we are many parents, the boys are all inside and calm,” said the adults in the shot.

School statement after the attack

In a statement issued by the college, there was a demand to stop the harassing attitude of students and parents. ,Do not stigmatize, attack in any way any member of our educational community”, he told after discussing the continuation of the protest.

And it added: “The various institutional actors: authority, 4 educational levels, students, teachers, parents and cooperative members are working together to find a solution to this conflict. Aggression only divides us further and any does not create the kind of healthy bond and only makes the road to resolution more difficult.

The occupation of schools in the city of Buenos Aires is about to complete its first week and there is no imminent solution in sight. In contrast, in response to the students’ request for talks, Horacio Rodriguez Laretta declared himself “inflexible” this morning and Minister Soledad Acuna was impervious to talks.

In this context, seizures of alleged espionage acts in several schools, suspicious vans parked at the doors of institutions; recurring police presence, And even the alleged maintenance personnel who wanted to enter various establishments under various pretexts and in bad manners.

A video from the last few hours Two policemen inside the Colegio National Buenos AiresDepends on UBA, remedy that is prohibited by law, There a teacher condemned that the men in uniform entered with the purported task of seeing if the establishment was taken and to “order”.