A Denver man spent 29 days in a coma. 3 years later, he died when a car ran a red light. 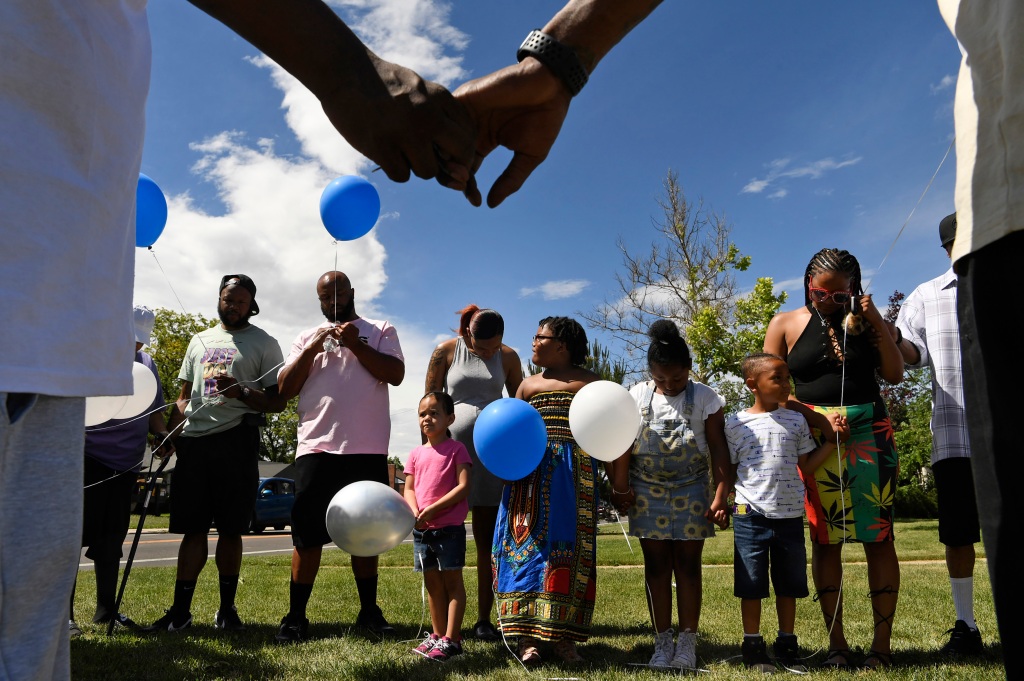 Family and friends of the late Victor Halsey Sr released balloons and doves Sunday in Denver to commemorate Father’s Day. Halsey died on Easter Sunday in a two-car collision when the car he was in was hit by a driver who allegedly ran a red light.

“He was a wonderful man, a sweet man,” said Ebony Walker from Oklahoma, who came to Denver to honor her father.

Halsey, 60, was driving a Lincoln SUV with his son Victor Halsey Jr. when another driver allegedly ran a red light and crashed into the SUV. Victor Halsey Jr survived the accident. His father died on the spot.

“While my brother was able to crawl out of the car, our father wasn’t so lucky,” Walker said.

Halsey Sr. has had health problems in recent years, including a lengthy hospital stay of 93 days that left him in a 29-day coma. However, he was recovering, working with a support network of family, friends and professionals, going out and enjoying being a grandfather. He returned to work.

According to Walker, when he was released from the hospital in December 2019, Halsey’s friends at the local barbershop gave him a championship belt because he had beaten his illness.

Hallsey Sr. was born November 27, 1961 in Texas and moved to Denver as a child. He graduated from East High School and went to college, earning a junior accounting degree.

“He loved to eat and he loved to laugh,” Walker recalled. “He was a very positive person.”

He worked diligently as a window cleaner over the years and his son Victor Jr. joined him in the business.

“We want justice as a family”

On Saturday, Walker and others toured the area around the intersection handing out flyers about the incident, asking if anyone saw the accident who hadn’t yet spoken to police investigators.

“I need the community’s help and I implore anyone who may have seen the accident or anything important,” Walker said.

“We got feedback,” Walker said of the leaflet distribution.

On Sunday, Father’s Day, family and friends released doves around noon at the home of family members. At 3:00 pm, they gathered at the crossroads of the crash site and released balloons into the sky.

“There were quite a few of us, it was quite nice,” Walker said. “It was emotional.”

Adhanom Asgod Ali, 60, is described by police investigators as the “culprit” in the fatal accident. Ali is under investigation for reckless driving resulting in death. A court hearing in his case has been scheduled for July 8.

As of Tuesday, 39 people have died in traffic accidents in Denver this year, police said. Last year, 33 people died in accidents over the same period of time.

“It was devastating, very devastating,” Walker said of her father’s death. “We want justice as a family.”

Nearly 17 feet of snow is breaking a record in California’s Sierra Nevada. it’s still not enough