A General Le Luz in Buenos Aires: The Story of the Car Who Spent Five Years at Customs 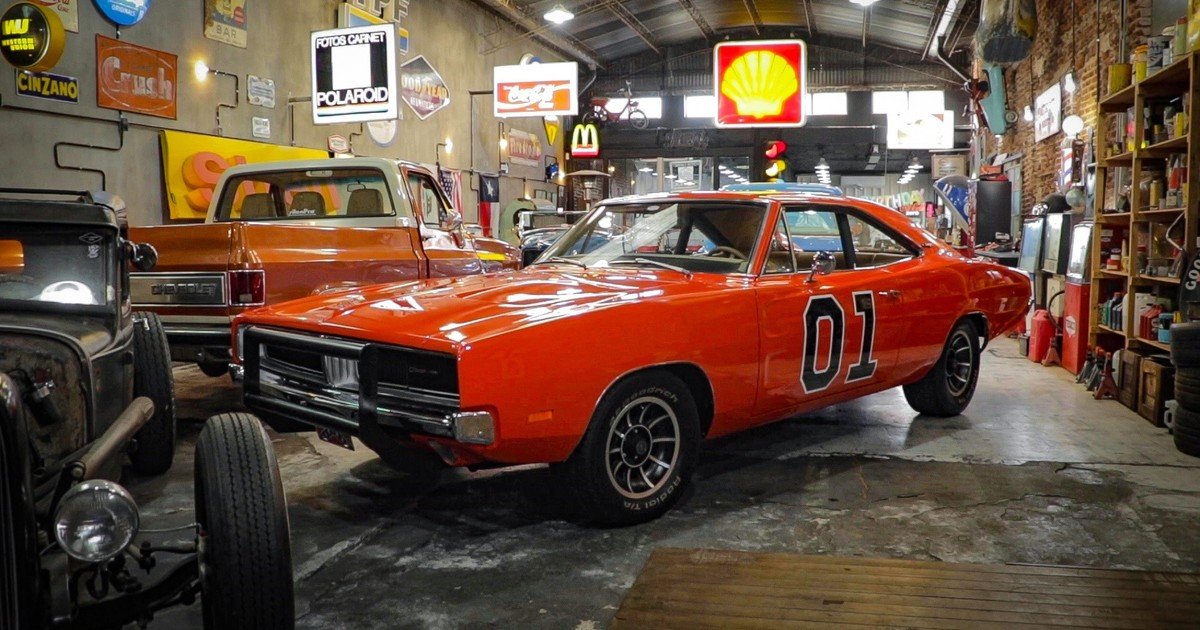 Dodge Charger is one of the symbols of the so-called muscle cars With the Americans, Ford Mustang and Chevrolet Camaro. These furious cars, which have been running for 66 years, have been produced in lakhs. Then there were millions of people who carried (and carried) a charger. But there is a select group who can (and do) enjoy driving the most symbolic of themselves, which was star of a television series And its name is the same or more important than the actors in it. There’s a General Lee on the loose in Buenos Aires. And there’s a wonderful story behind it,

Dodge Charger has been manufactured since 1966, From its birth it is accompanied by a roaring V8 engine. This mechanical configuration is nearing its end: Stelantis announced that in 2023 the latest generation of sports car equipped with the HEMI V8 engine will come out, a 6.2-liter beast that will give the Charger (and Challenger) 700 horsepower. This impeller is a direct descendant, with another technological advancement, of the one made by General Lee and the one that Feels like hell when Adrian Fraticelli speeds it up They have it in a shed in the Buenos Aires neighborhood of Villa Devoto.

Fraticelli is 45 years old. A native of San Martín, he is the proud owner of the General Lee who not only drives the streets of Buenos Aires, but has taken it to various parts of Argentina. He enjoys it without thinking how many kilometers this 1969 copy is. Its traffic is quite striking: Orange, with the Union Flag painted on the roof, 01 embellished on both doors, and grueling acceleration, This is the same car that cousins ​​Bo and Luke Duke drove the Dukes of Hazzard,

This car, and this series, generates instant recognition with people over the age of 45. It was a television shipment from the 80s. General Lee was the car in which the Dukes They were on the run in pursuit of Sheriff Roscoe P. Coltrane, a bumbling cop who responded to the interests of JD “Boss” Hogg, the corrupt Hazard Town commissioner whose family was owed money. As Duke was on parole for the illegal liquor trade, Boss Hogg and Roscoe Coltrane figure out a way to recapture him. A type of coyote and roadrunner, but in a mechanical version,

Confederate flag, one of the symbols on the car.

A film version of the story was released in 2005. Starring Sean William Scott (Bo Duke), Johnny Knoxville (Luke Duke) and Jessica Simpson (Sexy Cousin Daisy Duke), it didn’t have the same impact as the TV series 30 years ago.

Gone are the days of digital special effects, as is the case with fake chases today that contain a huge dose of reality. In the late ’70s and early ’80s, when the series was in the air, cars were flying, And they perished.

It is estimated that 320 units of the Dodge Charger were used for the filming of 145 episodes of The Dukes of Hazard. Some escaped punishment in a program aired by CBS between 1979 and 1985. Adrian Fraticelli has a faithful reflection of that car.

Fraticelli plays on being one of the Duke cousins, so much so that he gets into the car through the window, as did Bo (played by John Schneider) and Luke (Tom Woppett) because General Lee’s doors were welded in series., “It’s that I enjoy it while sitting in the car. A lot of things go through my mind since I was a kid… It was like drinking milk, going out to play ball, watching series. I was all over that.” Going back a little, to the smell that I had in my house, all my childhood”, he describes.

Heroes of The Dukes of Hazard.

After much effort, the car came in his hand. really, This charger has been in the country for about ten years, but more than half of that time was kept in a customs warehouse in La Plata, It was bought by a collector along with four other American muscle cars (a Corvette Stingray and a Pontiac GTO).

They got off the ship and stayed there for five years between 2013 and 2018 at the country’s entrance: They did not have producer’s documents that would have allowed them to be approved for broadcast in the country. And there they were doomed: they collected the earth and suffered the deterioration of the passage of time without maintenance.

The original buyer stopped entering them and it was a friend of Fraticelli’s who managed to unblock the process. The kid in San Martin was obsessed with one of them. “After much persistence, I managed to sell it to me,” he says. And there the second part of the work began.

“The car was exposed to the elements for five years: the upholstery was cracked, the paint was tarnished and many of its parts were worn out. So when it came to my hands, I took note of the car’s originality. Come back to me and it remains as it deserves and should be. It was six months of work”, he proudly endorses.

It looks like this: as if it came out of the series, American sports cars of the late 1960s earned the nickname of muscle cars From the generosity of its engines and its design. The charger used for the General Lee was made between 1968 and 1970. It’s 5.2 meters long and weighs over 1,800 kg, widens at the rear and has generous space in the attractive front for the 6.3-litre V8 383 engine and 323 horses. It has a declared top speed of 203 kmph.

Radio is one of the elements that was present in General Lee of The Dukes of Hazard.

Hearing this, the roar fascinates, with a similar horn sound, as back in the series: he interprets the first 12 notes of the song “Dixie”, the name of the national anthem of the former Confederate States of North America. It is finished with the car from the series in so much detail that it even has a radio that the Duke cousins ​​used to jam the police frequency and learn of the movements of their hunters.

So was the Dodge Charger at La Plata Customs. (Photo: Autoblog).

In buying it, Fraticelli had to “sacrifice two cars” that he “loved very much.” was one of them Chevrolet way, the same one that Jesse Pinkman ran in Breaking Bad and that Fraticelli bought “to use it every day”, but “anything for General Lee”. And he reinforces: “This is one car that beats the rest of the cars for me. Where it comes, everyone gets to see it, This is an attraction. It makes me proud but also embarrassing as I get out of the car and run so as not to ruin the pictures they took. ,

Adrian Fraticelli in his garage with General Lee in the background.

In fact, he brings an experience that inspired him. “I was with the gate open and the car could be seen from the street. A boy my age arrives, desperate. ‘Can I take a picture?’ he asks me. The woman comes up to me and tells me that she was a fan of General Lee. I asked him to go inside and take him upstairs. And he started crying.”

Adrian Fraticelli was a racing driver, among other categories of pistachio tours. It houses a historic industrial jeans laundry with the same name as the city in San Martín. And as an entrepreneur he also created a clothing brand, Detroit Industry. In fact, General Lee and the other models it owns are usually part of advertising campaigns or appear in the windows of its stores.

General Lee of Buenos Aires. An incredible Dodge Charger from The Dukes of Hazard.

What is General Lee in your life? Answer the question What would you do if you had to sell it? “I always said I had three kids. Tomas, Antonella and my factory. You my fourth child is a car, So it would be like getting rid of a child… It never comes to my mind.”