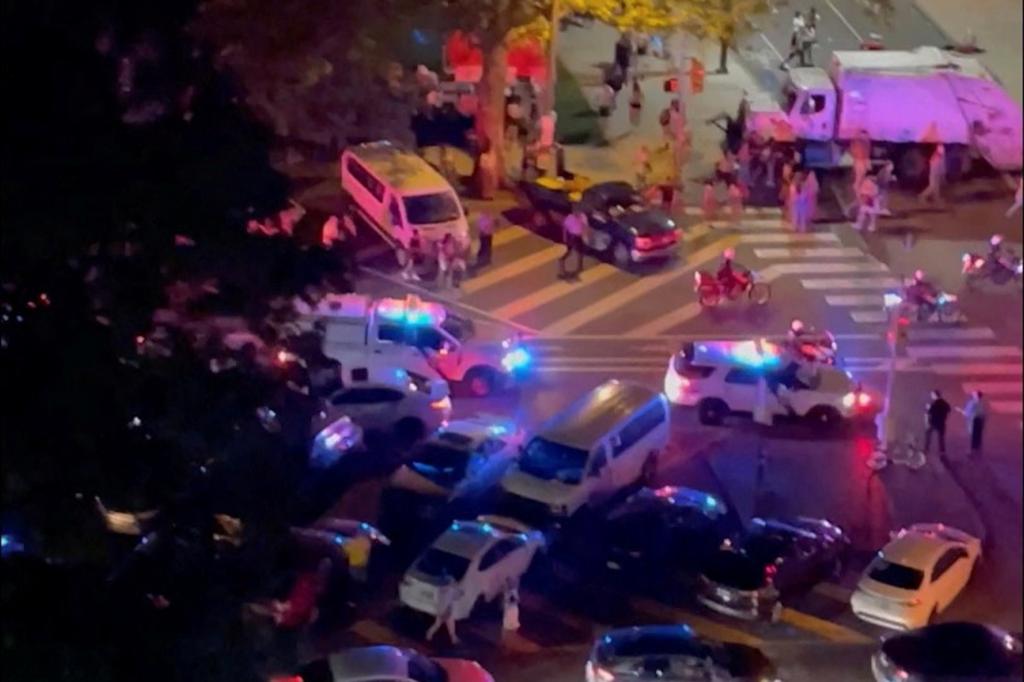 The bullets that shot two police officers during Philadelphia’s Fourth of July celebration were fired from the same gun – and possibly from a mile or more away, police said.

Officer Tanya Little told The Post that there have been no arrests as of early Thursday after two officers were grazed with .40-caliber rounds as they stood in front of the Philadelphia Art Museum at around 9:45 p.m. Monday.

Investigators do not believe the officers were deliberately targeted. Little said that about 10,000 people were drawn to watch the fireworks along the Benjamin Franklin Parkway, an investigation into the shootings continues.

“We’re still campaigning for evidence,” she said. “We’re looking for and asking the public if they have a video of that time.”

The rounds were fired from outside the scene, perhaps from a mile or more away. Sergio Diggs, 36, a Philadelphia police officer, was grazed in the head while Montgomery County Sheriff’s Deputy John Foster sustained a shoulder injury. Little said both were treated and discharged from the hospital.

Chief Inspector Frank Vanore told reporters at a news conference on Wednesday that investigators were still investigating where the shooter fired or whether it was celebratory bullets, the Philadelphia Inquirer reported.

None of the bullets hit the officers’ bodies, Vanor said, prompting investigators to conclude that they had been fired too far.

The Enquirer reported that a police officers association is offering a $42,500 reward for information that leads to an arrest.

Meanwhile, Mayor Jim Kenney said he was “happy” when he left office, citing Philadelphia’s gun violence, which worries him that the city’s events will end in bloodshed.

In a statement released later Tuesday, Kenny, a first-time Democrat elected in 2015, took a different approach, saying he spoke “desperately” at the press conference.

“Let me be clear, I am incredibly grateful to be the mayor of this great city and to the people who chose me to lead,” Kenny said. “I care deeply about the safety of our residents and the future of our city, and so I’m disappointed in how I expressed my feelings last night. I made the Philadelphians feel that I didn’t care, and This couldn’t be further from the truth.”