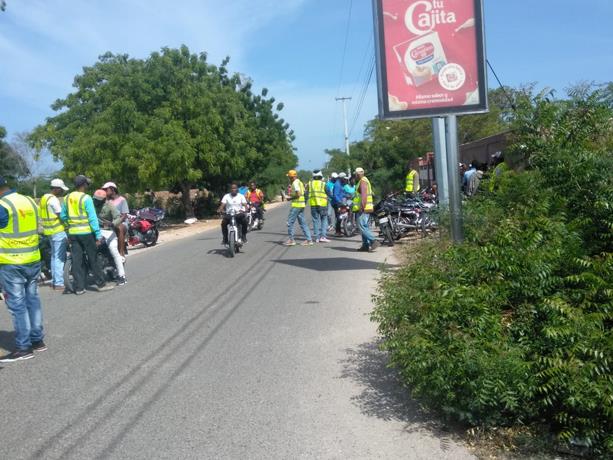 The General Directorate of Customs said one of its guards was involved in a violent incident that killed a Haitian, registered today in the province of Pardernales, near the Anse-e-Pitre border crossing.

“The incident was uncovered after the caretaker of our institution requested relevant documents for payment of taxes on goods crossing the country. One of the Haitian citizens refused to show the invoice and permission that legitimizes a power plant he was taking with him and intended to move to the other side of the island, leading to a brief discussion and This was taken advantage of by his fellow Haitians, who surrounded him to take away the gun he was carrying,” said the statement released today.

Customs says that in a clash between the guards and the Haitians, shotguns were fired, killing one of them. The organization assured that the group of Haitians fled with the guard’s regulation weapon.

“This unfortunate situation triggers a group of Haitian and Dominican motoconchistas to confront each other with bullets and stones due to old feuds and conflicts of interest over the control of this informal activity in the region,” the statement said today. Was.”

Customs said that following the incident, in coordination with members of the Migration and Special Border Protection Corps (Casefront), the protocol was activated, closing the border to protect the integrity of Dominican and DGA allies in the event of any threat. was done.

They call for a “counter-march” in defense of the Supreme Court, two days after the official mobilization