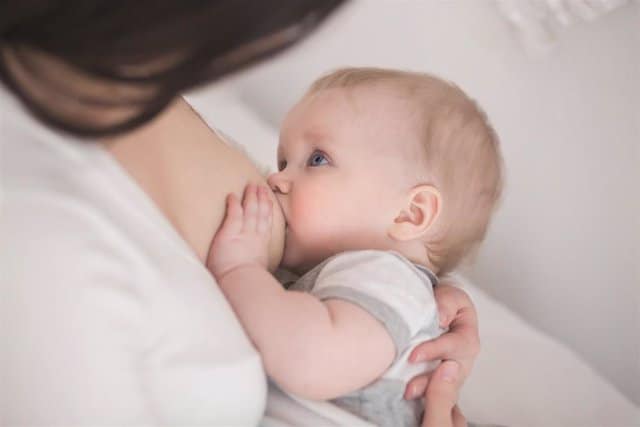 According to a recent study by a team from the Obesity and Nutrition Area of ​​the Center for Biomedical Research in the Network, following a healthy diet during the lactation period manages to normalize the lipid content in milk and prevent metabolic changes in the offspring. Siberoban).

Through this study, published in the journal ‘Molecular Nutrition and Food Research’, we sought to evaluate in an animal model whether normalizing maternal diet during lactation could lead to harmful effects of consuming an obesogenic diet before and during pregnancy. can be stopped. The ‘lipidome’ or lipidomic profile (set of hundreds of lipids) in breast milk and plasma of offspring, finding that it is possible to achieve this.

This new knowledge is relevant because, in addition to existing evidence on the importance of the nutritional environment during fetal life for correct development and subsequent health of the offspring, it shows that a healthy maternal diet during lactation can prevent recovery. Metabolic disorders caused, at least in part, by poor diet and obesity during the prenatal stage.

In addition, previous intervention studies in animal models have shown that consumption of an obesogenic diet during the perinatal period affects mammary gland function and, therefore, milk composition, which means that these changes are “for the offspring”. can program”. Greater tendency to develop chronic pathology in adulthood.

To do this, they analyzed the lipidomic profile to determine changes in the said profile, which could potentially be involved with the offspring’s risk of developing diseases at later stages of life, as well as the plasma concentrations of the offspring. The lipid profile may also be analyzed. The end of the lactation phase.

The results of this study showed that maternal consumption of an obesogenic diet during the perinatal period (specifically, one month before pregnancy and during pregnancy and lactation) was associated with a marked change in the lipid composition of the milk and the plasma of their babies. causes. preliminary stage.

Such changes were largely reversed in the milk of mothers who had received a standard (balanced) diet during lactation, and in the plasma of their offspring. The reversal of these changes is related, at least in part, to the recovery of the expression level of the hormone adiponectin in the mammary gland, as well as a reduction in the expression of several proinflammatory factors.

Study authors, led by Professor Catalina Pico, are now studying the extent to which these results (obtained in an animal model) can be extrapolated to humans.

In any case, they recommend extreme care in feeding during lactation, as this is “a critical period” in which it is possible to correct metabolic changes in offspring that have been misdiagnosed by previous periods of unhealthy feeding or lifestyles. may have been programmed.

The intrigue of the Kentucky Derby surrounds Cornish and Jack Christopher