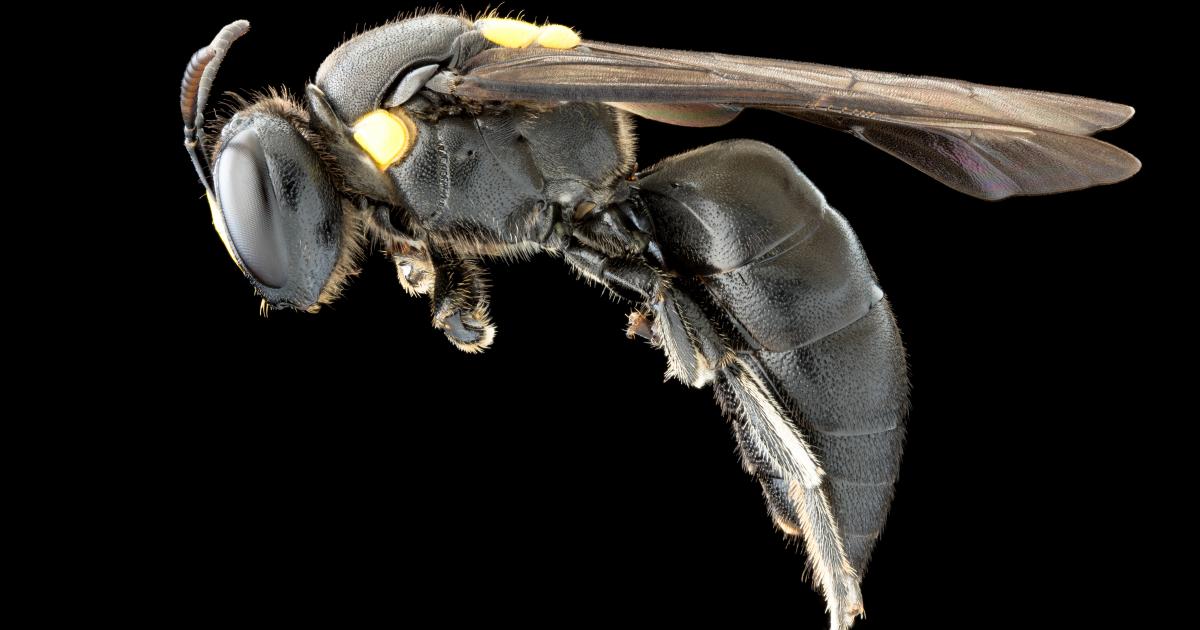 Bees, like ants and termites, are known for their complex organization. Their population is divided into castes of fertile individuals and sterile individuals: in most cases, there is a breeding female, queen and workers, who do not breed but take part in the care of the young (larva, pupa and eggs). This is what is known as a eusocial organization. But not all bees live like this: some show a solitary lifestyle. This suggests that, in the course of evolution, solitary insects came together to form these complex societies. However, the conditions of this important evolutionary transition are poorly understood. To find out, Lucas Hearn of the University of Flinders in Australia and his colleagues turned to the native Australian bee Amphilius MorosA species that has been in colonies recently and provides a unique insight into the early stages of social evolution.

bee Amphilius Moros It thrives in the high mountain forests of the Great Dividing Range, where it nests among the foliage of trees. The peculiarity of this species is that it is the only one in its family (Colletidae) that has recently evolved towards eusociality, from individual breeding to altruistic colonies. There are two reasons to believe that this transition is recent: «On the one hand, since it is the only known social species of the family Colletidae, the common ancestor of all of them may not have developed social traits; We have an independent origin of sociality here,” explains Hearn. Not the main strategy of the species, although it can be. Together these two aspects indicate that, in an evolutionary context, species have recently developed social traits.”

to study socialism in a. morosusIn this study, the researchers looked at the characteristics of social nests. In his field work, he observed that there were rarely more than two females in nests. and unlike other species of eusocial bees, such as bees, the females of a. morosus They do not show typical morphological differences between queens and workers. Therefore, analysis of genomic data was necessary to determine how females contribute to reproduction within a colony.

This analysis showed that, in one of the nests, one of the two females laid eggs, while the other, which was closely related to her, did not breed. In contrast, the latter participated in nest defense, an equally important function for the species due to the high parasitic pressure under which it is responsible for the high risk of mortality at different stages of reproduction. The reproductive sacrifice of one of the females will be compensated by a strong bond with the female laying, hence the interest in protecting her offspring. According to the researchers, differences in fertility reveal an unexpected bias in this species, which until now was considered egalitarian and composed only of loosely related individuals. But how is this transition to social life explained?

The current consensus is that there are several evolutionary stages that lead to sociality. In the beginning, individuals are grouped and all have the ability to reproduce: therefore, there is no reproductive bias. It appears later, when some individuals become sterile and are morphologically different from the progenitors due to natural selection. Evolutionary biologist William Hamilton called this “kin selection” in a theory developed in the 1960s. In this theory, the development of sociability is based on certain females undergoing reproduction to help their mates reproduce, for example by guarding the nest and helping to care for the young.

Hearn and his colleagues found that the organization of the Australian bee, which is in the early stages of sociality, is consistent with this theory. study of a. morosus This suggests that development toward a “benevolent” community is likely to occur more rapidly than previously thought, during the initial transition from solitary to social life. In fact, in this specific case, there is no visible morphological difference between individuals, with very early sterility of some females with the transition to social life.

Article translated and adapted by Research and Science with permission of Por la Science.

Context: «Extreme reproductive skew at the dawn of sociality is consistent with inclusive fitness theory but is problematic for pathways of eusociality»; Lucas R. Hearn, Olivia K. Davis and Michael P. Schwarz en Proceedings of the Royal Society B, volume. 289, Item No. 20220652, June