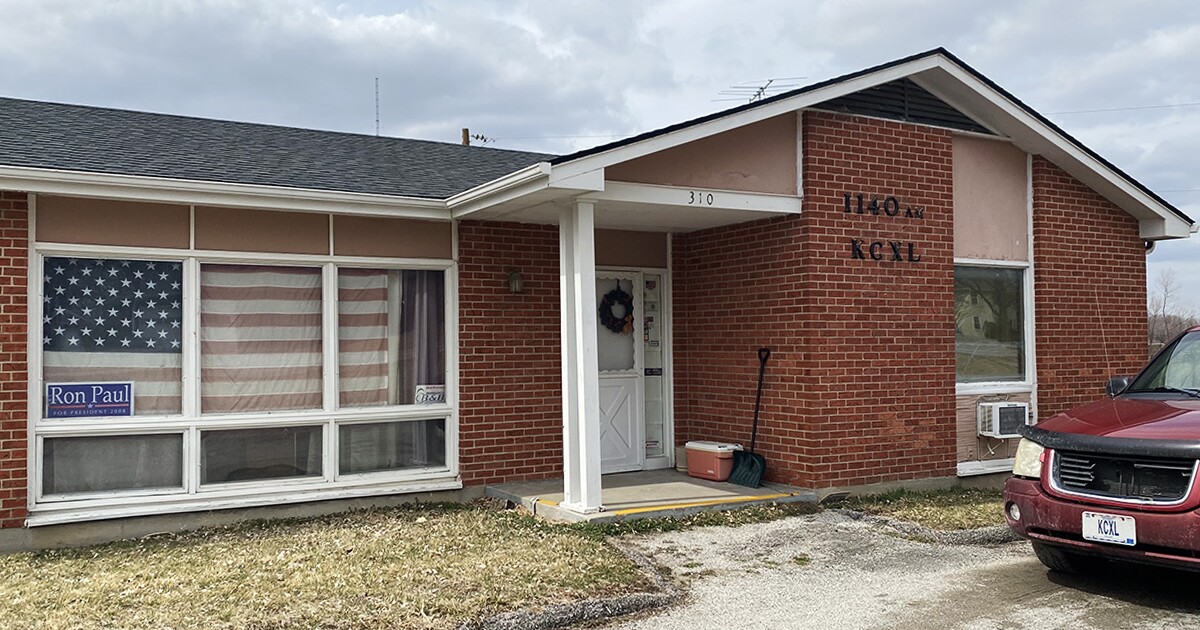 Tune in to Kansas City at 1140 a.m. or 102.9 FM and you can hear Germaral Thomas explain the motives for Russia’s invasion of Ukraine on his show Fault Lines.

The week of March 7, Thomas spent a large part of the three-hour program portraying Ukrainian President Volodymyr Zelensky as the instigator of the Russian offensive, placing the blame on Ukrainians and the United States.

“Zelensky is not the brilliant, shining hero that the West has made him,” Thomas said. “That’s the narrative that’s needed to reinforce the idea, it’s unfounded.”

Fault Lines is a show featured on Radio Sputnik, broadcast programming produced in Washington DC and funded by the Kremlin. The show airs regularly on KCXL, a small station in Liberty, Missouri that can be heard in any direction for miles.

Radio Sputnik’s story on Russia’s invasion of Ukraine is in stark contrast to most coverage of the ongoing conflict, which has largely been described as an unprovoked attack on Ukrainians led by Russian President Vladimir Putin.

KCXL and Washington DC station WZHF-AM Air Radio Sputnik daily. A handful of other stations pick up those broadcasts as well.

As the Russian invasion of Ukraine continues, Kremlin-sponsored media such as Radio Sputnik continue to be scrutinized. And for KCXL owner Pete Schartel, the investigation comes as renewed pressure on him to shut down the broadcast programming that keeps the radio station in business.

Since the start of the Russian invasion, businesses around the world have consistently stopped dealing with Russia. Roku and DirecTV Last week dropped Russian state-controlled RT, formerly known as Russia Today. This caused RT to close its US branch and lay off most US staff members.

In Russia, outlets like CNN and the New York Times pulling journalists out of the country After a censorship law signed by Putin that threatens up to 15 years in prison for spreading “misinformation”.

Earlier this month, in response to the invasion, National Association of Broadcasters (NAB) chief executive Curtis Leggett called on all US broadcasters to cease any state-sponsored programming with ties to the Russian government.

He said the broadcast produced by Radio Sputnik is nothing but propaganda that spread misinformation from a foreign government about an invasion of American airwaves.

“It’s different from discourse, which is very important to have – open, all thoughts on the table. There’s a line between that and direct preaching.”

,[There’s] There’s a lot of misinformation going around in our country and around the world in general – I think that’s an important statement.”

Schartel called the NAB request a “knee-jerk reaction” that trampled on KCXL’s freedom of expression and caused a storm of angry calls at the station, calling Schartel and his wife John “traitors”.

“If I did (cut the program) we would be doing exactly what we criticize the old Soviet Union and other communist regimes where they don’t allow free speech,” Schartel said.

And it’s not just free speech, Schartel worries. He said that without the monthly income from the Radio Sputnik deal, most likely the station would not be able to remain open.

Ahead of the 2020 deal with the Russian government, Schartel said he struggled to keep his small radio station on the air on a low budget.

“It struck me as something we could live with,” Schartel said. “Especially if they can pay us and keep the rest of the station on-air.”

US Department of Justice Foreign Agent Registration Act (FARA) filings show that RM Broadcasting paid more than $160,000 to Schartell’s company to air Radio Sputnik programs over the past two years.

Arnold Ferolito of Florida-based RM Broadcasting brokered a deal between Kremlin-run media agency Rossiya Segodnya in Russia and KCXL in 2020.

In 2017, Ferlito struck a similar deal with WZHF-AM and unsuccessfully purchased programming at stations in large markets such as New York and Los Angeles.

Two years later, as investigations into foreign influence in the 2016 election continued, the Justice Department ordered Ferrolito to register as a foreign agent under FARA.

At the time, Ferolito told KCUR 89.3 that he was a businessman “stuck in the middle of a political issue.” He opposed the Justice Department’s order in court without success.

US District Court Judge Robin L. After Rosenberg upheld the ruling, the Justice Department said in a statement that the information Ferolito and RM Broadcasting brought into the US airwaves lacked significant transparency.

“The American people have a right to know if a foreign flag is behind a speech broadcast in the United States,” the statement said. “Our concern is not the content of the speech but to provide transparency about the true identity of the speaker.

Nevertheless, Ferolito continues to benefit from deals between Rossiya Segodnya and radio stations, as long as the stations continue to broadcast Radio Sputnik. According to a FARA filing, Ferolito made up a small percentage of the more than $1.6 million that the Russian government paid to KCXL and WZFH.

Ferolito did not give an interview to the Midwest newsroom, but said in a statement that RM Broadcasting “stands with Ukraine and the victims of persecution and aggression around the world” and argued that blocking Radio Sputnik’s programming in the US was a threat to free speech. would be a blow.

Radio Sputnik is not the only controversial programming on KCXL, because of what Schartell said was his love of “alternative radio”.

KCXL also telecasts TrueNews, a show Anti-Defamation League says regularly displays antisemitic, Islamaphobic, and anti-LGBTQ messages, and in 2018 Shartel gave airtime to Steve West, the Clay County Republican candidate for the Missouri House of Representatives, who was condemned by his party and family to promote bigotry.

The station has supporters such as Kevin Phillips, who has been a KCXL listener for the past 20 years.

The self-described conspiracy researcher said that he listens because Shorttail broadcasts programs from other stations.

“Whenever people were trying to get their information and couldn’t be heard anywhere else, he (Pete) would place them on the air,” Phillips said. “Pete never restricted subjects.”

Phillips said he gets his good news from sources like Radio Sputnik and RT. He said that Russian funding for programming does not bother him.

“If you follow this talk of Ukraine for the past 20 years, you’re going to find more truth on Russian paid for radio than on American radio,” Phillips said.

Schartel plans to continue running Radio Sputnik’s broadcasts as long as they are available, but his contract with RM Broadcasting and Rossiya Segodnya expires in December 2022. They don’t expect it to be renewed.