A reparation for those who disappeared from the Faculty of Medicine of La Plata. files will record that they were victims of state terrorism 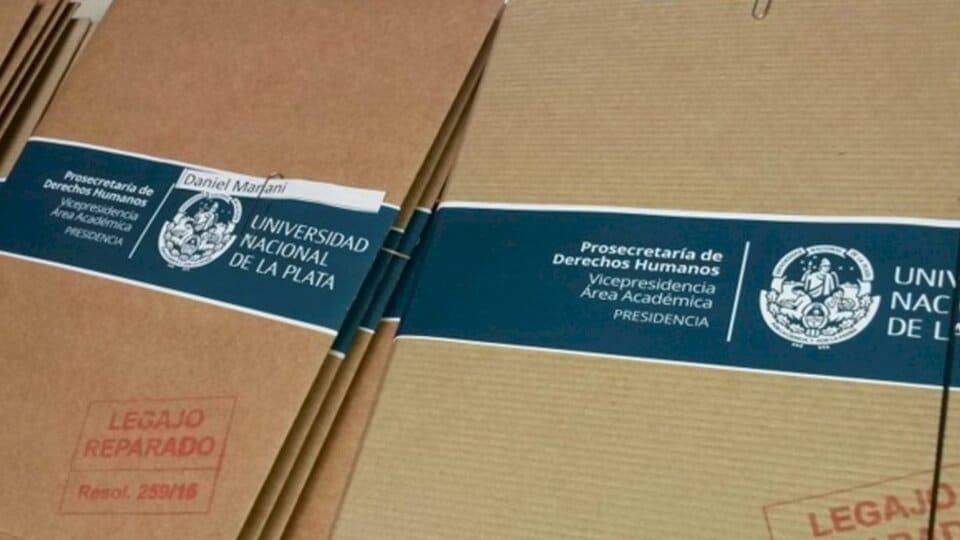 The Faculty of Medicine of the National University of La Plata (UNLP) was the most affected by the repression. According to the records of that study center, 158 students and workers were victims of state terrorism. It appeared in his files that he had dropped out of his studies or was fired because he quit his job. Nothing was said about the real reasons for their absence from the monasteries: abductions, torture, disappearances or murders. As part of a strategy to contribute to truth and remember, Faculty will this Monday at 9:30 a.m. pay tribute to those who have disappeared or been murdered and deliver repaired files to their families.,

,It was one of the great minuses: a school that had a number of victims of the massacre and that had very tough memory and reparations policies for many years. -who were supported only by relatives, colleagues, human rights organizations and the student movement-“, says the lawyer Guadalupe GodoyWho is in charge of the Directorate of Remembrance and Reparations Policies of the Secretary of State for Human Rights and Equality Policies of the UNLP.

In recent months, the UNLP has worked with 158 files that will be distributed next Monday. Due to the memory process, the names of other victims of state terrorism have also come to the fore in the last few hours., The impulse to look to therapy happened in the last four years ousted right-wing Oak Leaf, who led the faculty for 25 years, In 2018, a File Repair Commission was formed, giving it an institutional channel to remember activities that were earlier carried out by student or teacher militants.

The work with the archives made it possible to reconstruct not only the life paths and militancy of those who were victims of state terrorism, but also how the dictatorship project produced profound changes at the institutional level., If the enrollment of Medicine in 1973 was 10,000 male and female students; It was almost half of what it was in 1983. By 1978, the interventionists had established an admission quota of 700 students per year. In 1982 the quota was 270 students. Also, progress was being made with the tariff and the amount paid for taking the exam was included. Everything was aimed at discouraging mass access to public universities.

Part of the task of the file repair program that was created is to reflect on the scars that the massacre—with the people who disappeared—left on the university. In this sense resolutions appear How an elite faculty was constituted for the few who could afford to study. In a democracy, a dean even declared that the Faculty of Medicine was not for the son of a shoemaker.

“This initiative is also part of what has accumulated in the trials and what the human rights movement is doing,” explains Godoy, who has been involved in trials of crimes against humanity in the jurisdiction since it resumed in 2006. Involved as a prosecuting attorney. ,

Institutional memory policies are a relatively recent practice in medicine. In March 2019 the first obituary was convened by the officials of the House of Higher Studies. Hoja de Roble’s previous leadership in the Faculty’s government since 1992 would have made this impossible.

The first dean of that group, Enrique Frutos Ortiz, called the 70s militants “extremists” or “terrorists” in a publication. In recent years, a scandal rocked the UNLP when Plaza de Mayo’s mother Adelina Demati de Alaye testified at trial for crimes committed at the secret center known as La Cacha and. He named 21 doctors in the mortuary who had forged medical certificates. One of them was Enrique Pérez Albizu, Vice Dean of the Faculty, who resigned from his position.,

Adelina, who had an honorary doctorate from UNLP, started a parallel dialogue with the institute to express her disapproval towards Pérez Albizu. “At the beginning of March 2014, with the support of the UNLP Cloisters, the Association of Workers of the National University of La Plata (ATULP) and the Association of Teachers of the University of La Plata (ADULP), In a public document announced the acquittal of this coward”, the mother told in her book mark of infamy,