A well-known pain for the Aussies after a major mistake, as the reality of the Test draws closer 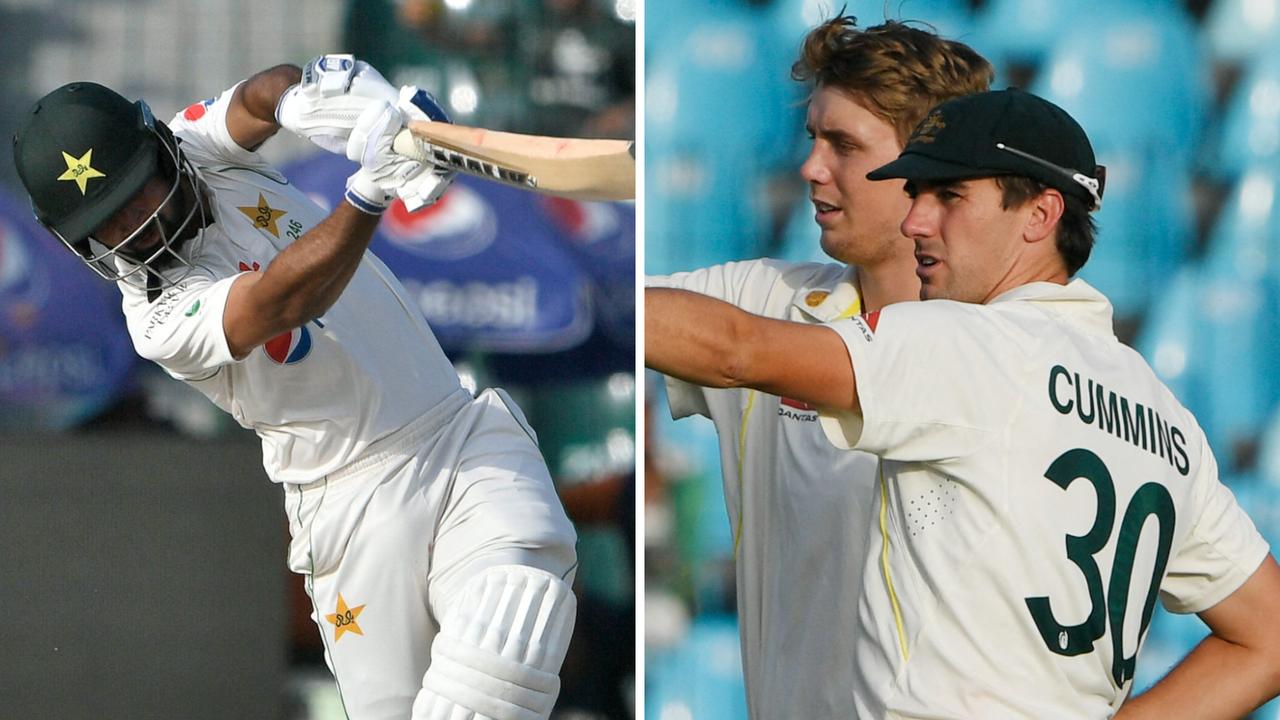 A late second wicket partnership on the second day of the third Test left Australia disappointed as Pakistan made their comeback in the Lahore encounter.

Australia were bowled out for 391 on a slow pitch before Pat Cummins took the opening wicket of Imam-ul-Haq and bowled out Pakistan for 1-20 in reply.

But any hopes of breaking into the middle order were dashed when an outside edge from Abdullah Shafiq came up between Alex Carey and Steve Smith soon after.

Talking Point: Strange ‘unknown’ behind Australian Catch 22; The key to Cummins’ weapon in the midst of Stark’s woes

It proved to be Australia’s last real chance of the day as Shafiq, who was on 13 at the time of the missed opportunity, dug in to reach the stumps not out for 45.

Pakistan will start batting at 1-90 on the third day, trailing Australia by 300 runs.

Azhar Ali will return to partner Shafiq on 30.

Australia will be left cursing for missing out on Shafiq’s chance to take away Shafiq, with the chance of a 0-0 series drawing closer to reality.

This will be the fourth time in this century that a three-Test series between two countries has ended 0-0.

Lacking a carry, Australia gambled by taking Steve Smith ahead of wicketkeeper Alex Carey at the slips.

But he could not react fast enough to Shafiq’s edge, while Carey did not attempt a dive, ensuring that Shafiq would be kept at the crease.

Earlier Australia were at 5-341 before losing their last five wickets for just 50 runs.

The first wicket to fall on the second day was that of Carey, who was caught for 67 in front of Nauman Ali.

Simon Katich said in commentary that it looked like Carey and Cameron Green took just two balls to score the first Test century.

Katich replied: “I’m putting up my flag, I believe. They looked good all day and I’m supporting them both.”

Green (79) also fell short of his century, clean bowled by a brilliant reverse-swinging ball from Shah, which went past the right-hand gate.

Mitchell Starc drives Ali for 13 to get the wicket of Afridi, while Nathan Lyon was also bowled by Shah.

Australia were 5-341 when Katich tipped Green and Carey to score centuries.

Click here if you can’t see the blog above