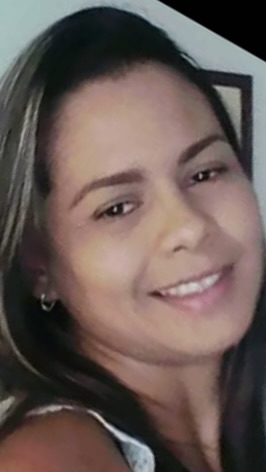 Two women, one in Falcon State and the other in Carabobo State, condemned the authorities. DGCIM For procedures ranging from abuse of authority, human rights violations and torture. These complaints respond to patterns established in Venezuela in recent years, and which, among other things, consider the actions of the enforcing authorities. mode of operation Which is repeated in many cases: Rigged investigation records, forced confessions, torture, arbitrary arrests, among others.

A few days ago a woman was identified as Marie Lourdes Ojeda Gonzalez Appeared before Lokpal office ValenciaState caraboboTo testify in February of this year “at an anticipated trial, at a preliminary hearing in San Fernando de Apure”, consistent with the Court of First Control, File 1C-2289421, whose The accused are judge Carlos Alberto James Gómez and lawyer Juan Carlos Guillen Rosales.

Ojeda stated that she appeared as a witness and explained that she was a friend and employee of María de Los Angeles Silva, wife of Reyes Gabriel Hernádez, which is why she suffered abuse, violation of her rights and psychological violence by DGCIM officials. was a victim of , 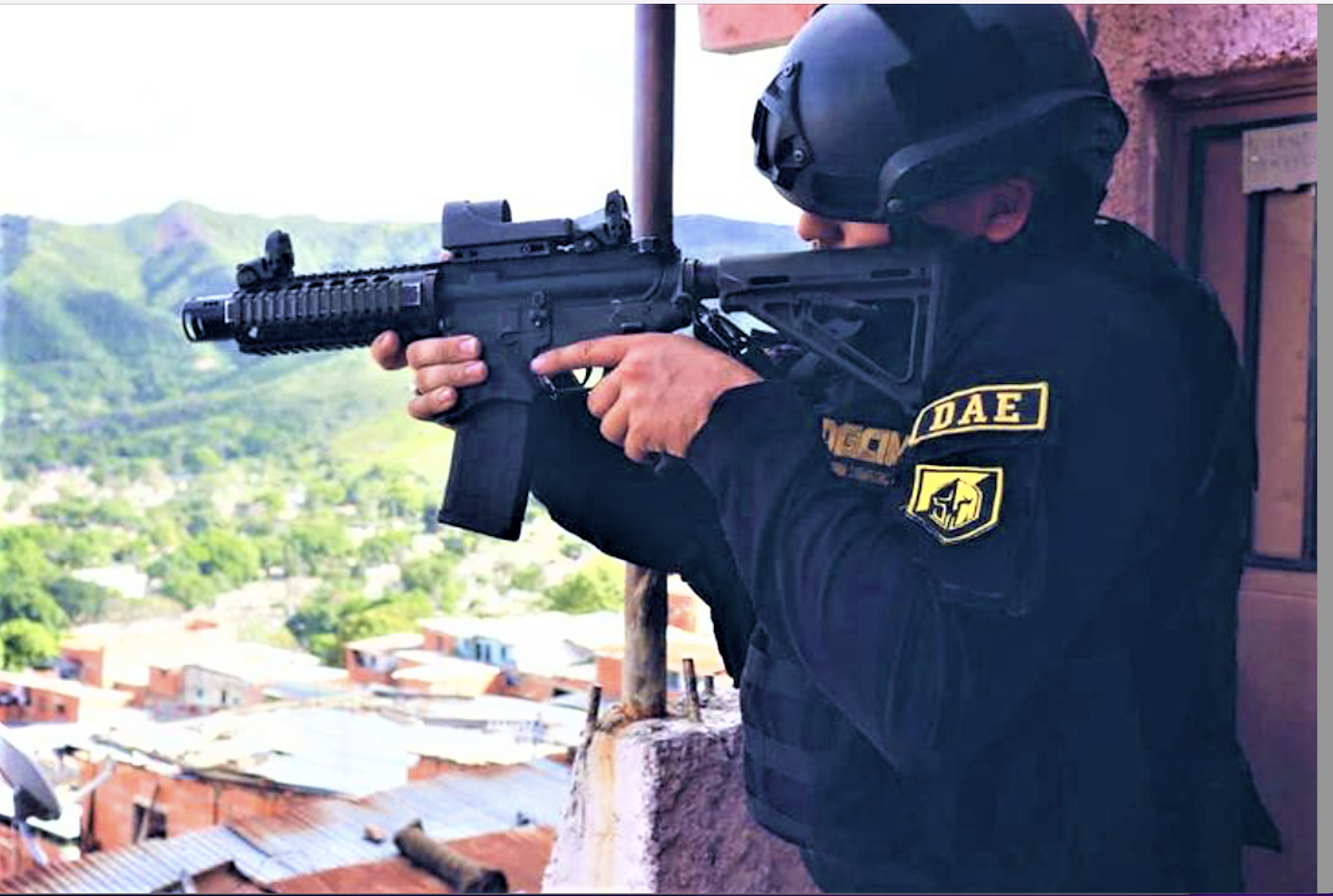 She told that she had gone to the Directorate General of Military Counterintelligence (DGCIM) with her friend when she brought medical supplies and food for her husband. “The lawyer who assisted him (Reyes Gabriel El Finquero) during his three years in prison gave all the papers to María de Los Angeles, because he did not want to travel to Apur for the hearing where he would receive home measurements Arrest… she later gives the papers to lawyer Juan Carlos Guillen”.

“I was with Maria in November and we moved to Apure to receive Reyes at the apartment. Around the second week of December 2021, Maria de Los Angeles brings me to Valencia and immediately attends her husband’s hearing to celebrate. returns.

Ojeda González says that, on December 17, 2021, while he was working in the pharmacy, some DGCIM officials showed up, who brutally and abruptly asked us, the staff, to make a statement at the DGCIM Valencia headquarters in L. led. 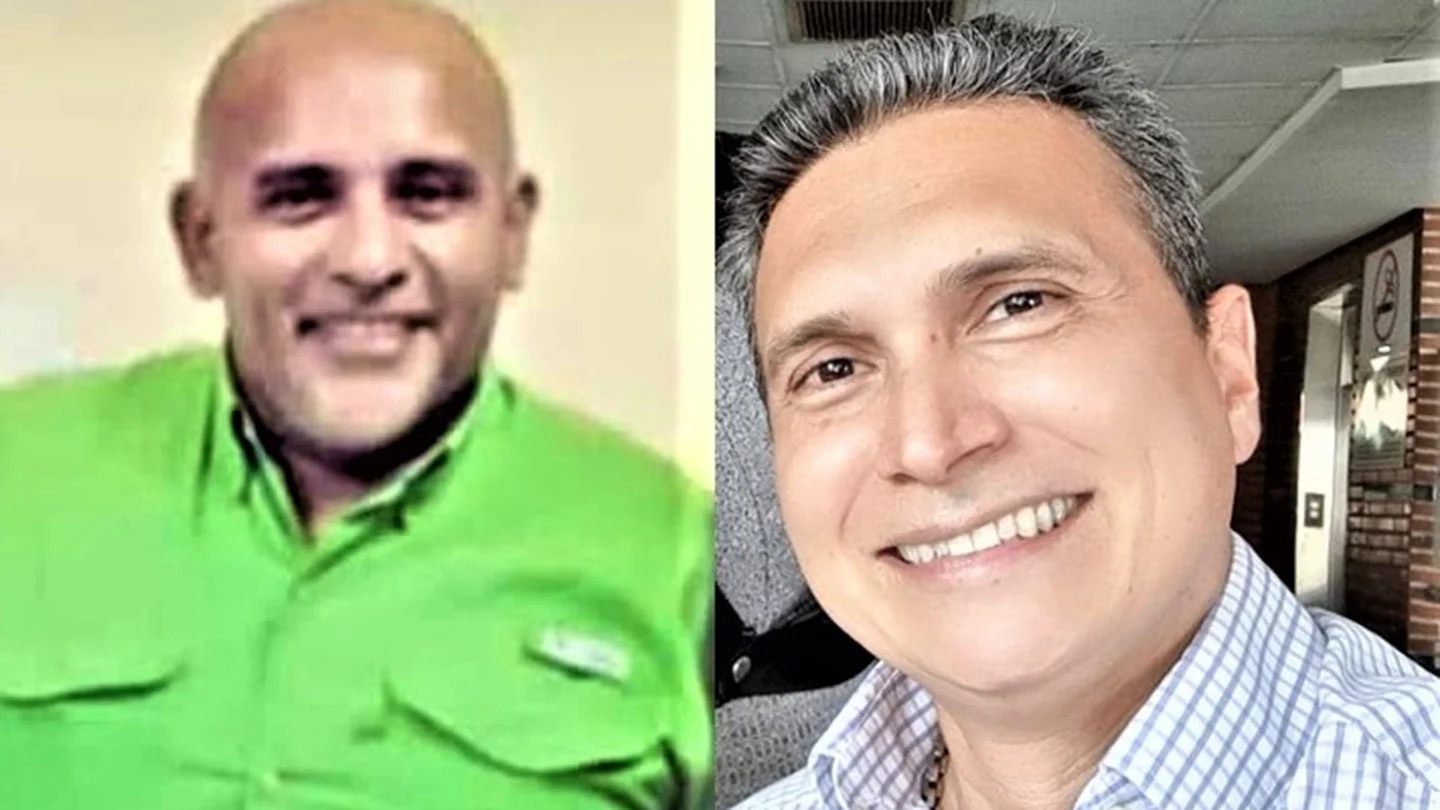 After taking the statements of the four, all three were released. Only María Lourdes Ojeda González was taken into custody, who explains that “they started pressuring me to say where Reyes Gabriel and his wife María were.Which I didn’t know about, because the last time I saw her she brought me to Valencia.”

“Since he didn’t give the information and didn’t know what had happened, two” They started beating me, they put a bag on my head, they handcuffed me, they slapped me (slap) and offensive words. They told me that if I didn’t cooperate, they would harm my son while threatening my family. They kidnapped me for six days.”

She says that they later took her to the DGCIM’s headquarters in Boletta, Caracas, to continue her interrogation and under pressure to sign some documents that are not genuine: it has been said that lawyer Guillen and judge Carlos Jaimes asked her. time visited

That night in the apartment where Reyes Gabriel was staying and he probably received the money.

“I want to put on record that this is a complete lie, because back in the days when I was in Apure with Maria de Los Angeles, I never saw such a situation. All this I have experienced has hurt me so much And I have had to seek psychological help to overcome this,” she says, requesting safety measures for herself and her family.

a young woman who identified herself Beigary Gridmeida Olivares Silva condemned the officers of the General Directorate of Military Counterintelligence (Dgcim) who tried to extort money from her for a junk truck. The truck is then taken to the municipality of Los Taques in Falcone State, where it would have been kept in the home of the former mayor of that municipality, Jose David Falcón.

What is unheard of is that the former mayor may have sold the product with the approval of Vice Admiral Irving Ral Pucci Espin, who recently stepped down. 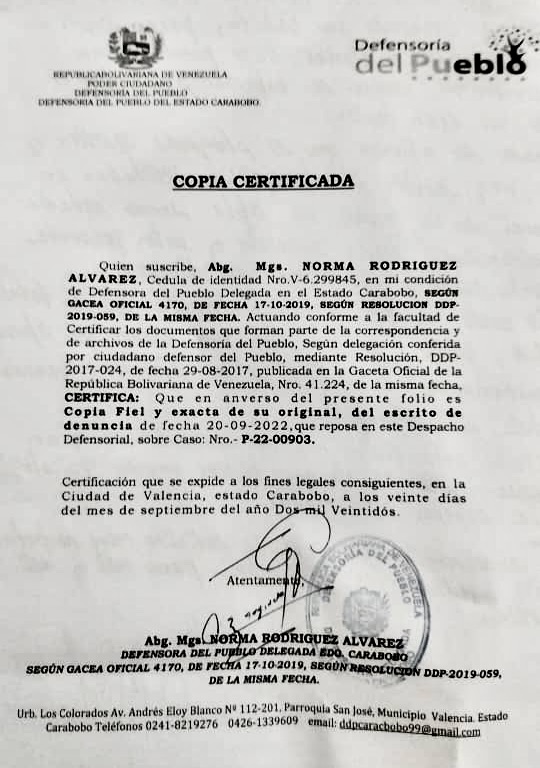 Former mayor Jose David Falcon was also arrested: the positions of Vice Admiral of ZODI, Pucci Espin and Colonel Vigil Sabino of the PNB were replaced.

The Fact Finding Mission of the United Nations Human Rights Council, in its recent report on Venezuela, stated that they are “concerned by the continuing complaints of serious human rights violations in the Bolivarian Republic of Venezuela, including: torture and other cruel acts, state law enforcement and Inhuman, and abusive behavior, including sexual and gender-based violence by intelligence services, consistent with the patterns and conditions of detention described above, which is cruel, dehumanizing or degrading treatment against real or perceived opponents and their families or others associated with them, including Indigenous peoples are also included.” 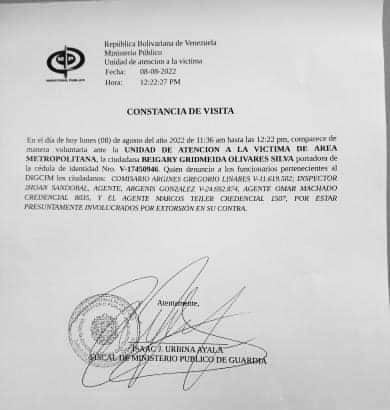 The complaint was filed at the Victim Assistance Office in Falcon

Adding to the report that “according to former DGCIM employees and detainees, DGCIM officials regularly raided the target’s properties to steal money and other valuables. Extortion was also made from several detainees during interrogation, Including transfer of huge amount to DGCIM officials.

Venezuela’s regime sends observers to Putin’s illegitimate occupation referendum on Ukrainian territories
LGBT people and crimes against humanity in Venezuela: what does the United Nations say about sexual harassment perpetrated by the Maduro dictatorship?
Patricia Tappata, investigator of the UN mission in Venezuela: “The level of torture used is impressive”