In the past week, European Union (EU) member states have reported a significant increase in the number of Russian citizens who have entered their territories following President Vladimir Putin’s decree that “partially” to recruit at least 300. mobilization”. Thousands of soldiers sent to war in Ukraine.

More than 65,000 Russian citizens entered the European Union, an increase of more than 30% from the previous week. According to the European Border and Coast Guard Agency (Frontex), most reached Finland and Estonia.

Most Russians who have fled have a residence permit or visa To be able to live in the territories of EU member states or Schengen-affiliated countries. There are some who also have dual citizenship.

Frontex anticipates that illegal border crossings could increase if Russia decides to close its borders to prevent its citizens from leaving, as previously announced by the Kremlin.

Poland, Lithuania, Latvia and Estonia banned the entry of Russian citizens traveling only for tourism or leisure purposes. Finland, the country most affected by Russian immigration, has joined the list of controls that will come into force this Friday.

Frontex anticipates that in the short term, the number of Russians arriving at EU border points will increase due to uncertainty related to ongoing mobilization by Russia.

In general terms, since the start of the Russian invasion of Ukraine on February 24 of this year, at least 1,303,169 Russians have fled their country to the member areas of the European Union. However, only last week, in the intervening period Between 19 and 25 September, at least 65,951 left Russia for countries such as Finland, Estonia, Latvia, Lithuania, Poland and Norway, According to Frontex data.

For Lithuania, one of the countries with the highest reception of Russians, with about 349 thousand migrants since February, has entered its territory in just the last week 9,837Whereas in Poland, 2,326 of the nearly 64,000 Russians who have entered Ukraine since the invasion have done so since September 19, and Norway, of the 10,789 received in seven months, 707 have fled in the past seven days.

Last week, there was a 50 percent increase in the departure of Russian citizens to Finland. About 5,000 civilians crossed the eastern border into one of the few countries that did not ban tourism from the country in the war. 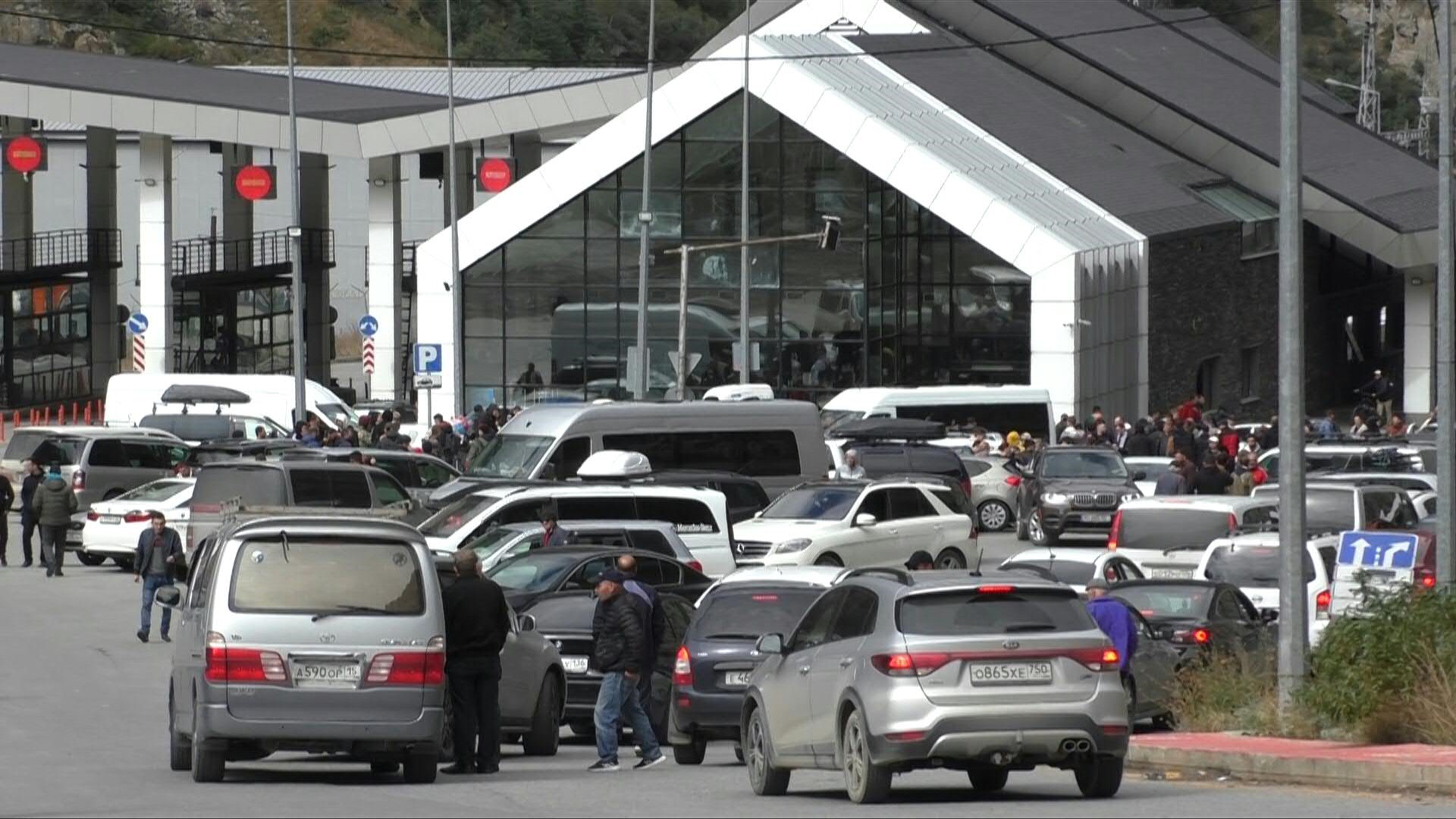 In the latest wave of Russian deportations since the start of the war in February, men of military service age have left for Georgia by bicycle or motorbike for 20 kilometers on foot.

In the case of Georgia, which is not a member of the European Union, it has been one of the countries most affected by Russian emigration. Government confirmed that The number of Russians arriving daily is about 10,000 people per day.

Authorities in the Russian region of North Ossetia, on the border with Georgia, acknowledged that the situation at the Verkhny Lars checkpoint is “tense”.

Local officials announced the upcoming establishment of a military mobilization station in the border area to recruit reservists trying to leave the country. 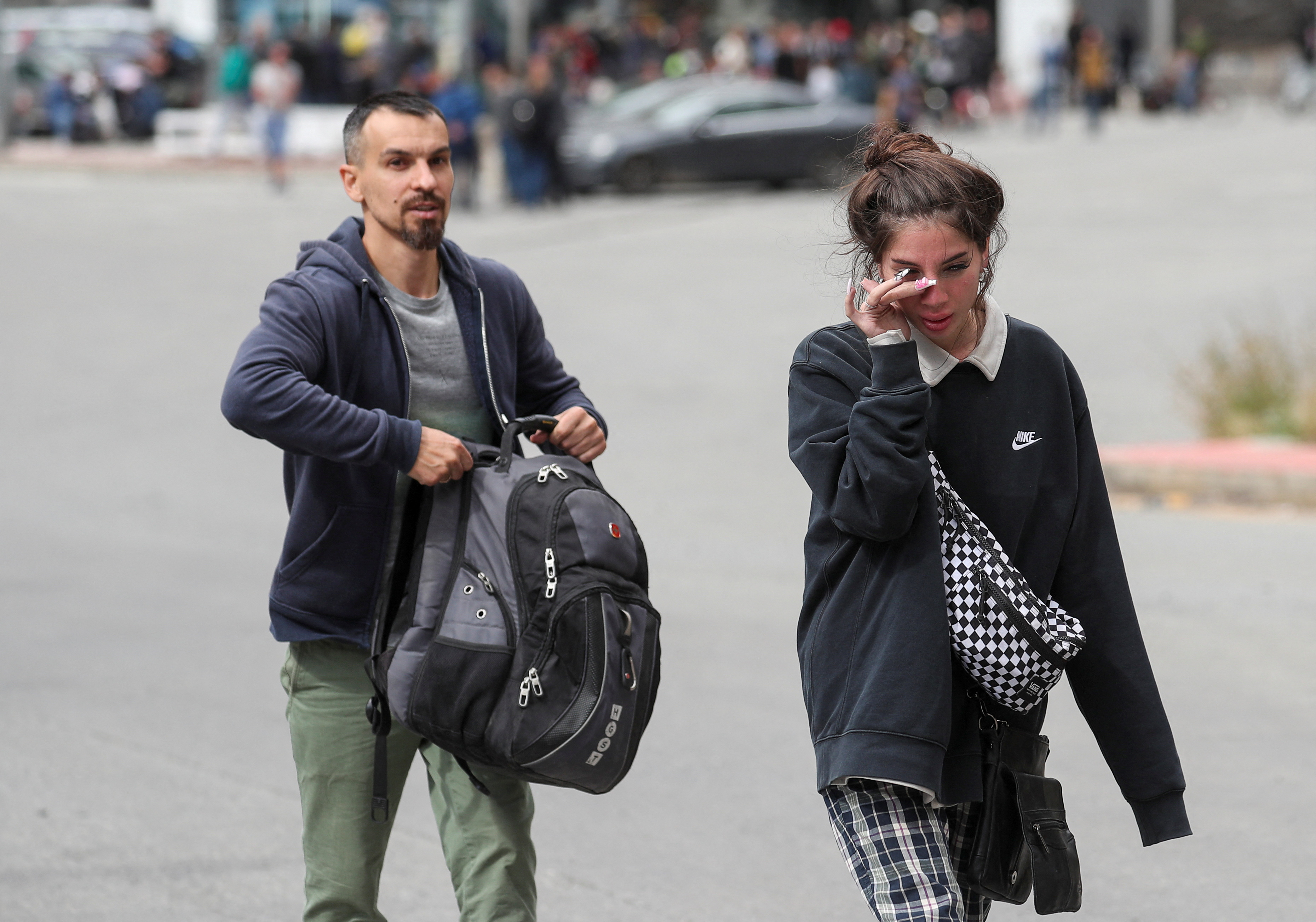 The stories of Russians giving up everything to flee in search of an escape from Putin’s mobilization are in many cases heart-wrenching, as is the case of Dennis, who crosses a bag in each hand and another on his back after climbing. was done. The hill that separates the two countries.

“I’m exhausted. That’s the only thing I feel,” the 27-year-old told the network. CNN While trying to catch your breath.

Dennis spent six days on the road, most of them waiting in line to cross the border.

Women and children were also among those who fled, but most are men whose age could be sent to war. 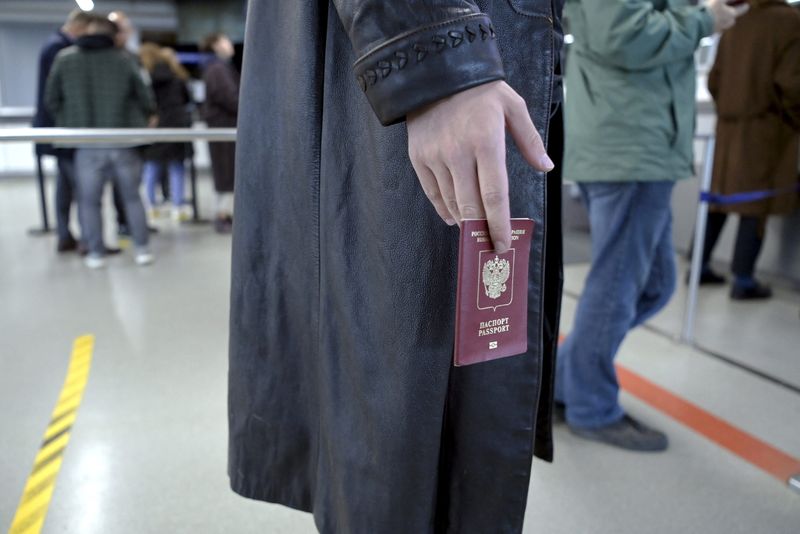 A 23-year-old Russian expatriate waits in a queue to check his passport at the Walima border post in Virolhati, Finland.

Denise did not want to reveal her last name CNN Who decided to leave because of uncertainty over Putin’s announcement about the “partial mobilization” of citizens.

loss Flights from Russia quickly sold out on Wednesday after Putin’s message on recruiting troops As data from airlines and travel agencies show.

The Russian exodus, which has made several waves since the start of the invasion, intensified again after the Kremlin chief’s televised speech. Defense Minister Sergei Shoigu said Russia would initially mobilize about 300,000 reservists after the president warned it would use all available military means in Ukraine.

Direct flights to cities in surrounding former Soviet countries, including Armenia, Georgia, Azerbaijan and Kazakhstan, were sold out as of Wednesday. Very popular in Russia, according to the Aviasales website.

Turkish Airlines, for its part, indicated on its website that flights to Istanbul, which has become a major hub for to and from Russia, fully booked by saturday,

The next available AirSerbia flight to Belgrade was announced for Monday, September 26.

Google data showed that searches for “tickets” and “planes” in Russia more than multiplied Just after 0600 GMT on Wednesday, when Putin’s recorded televised speech began.