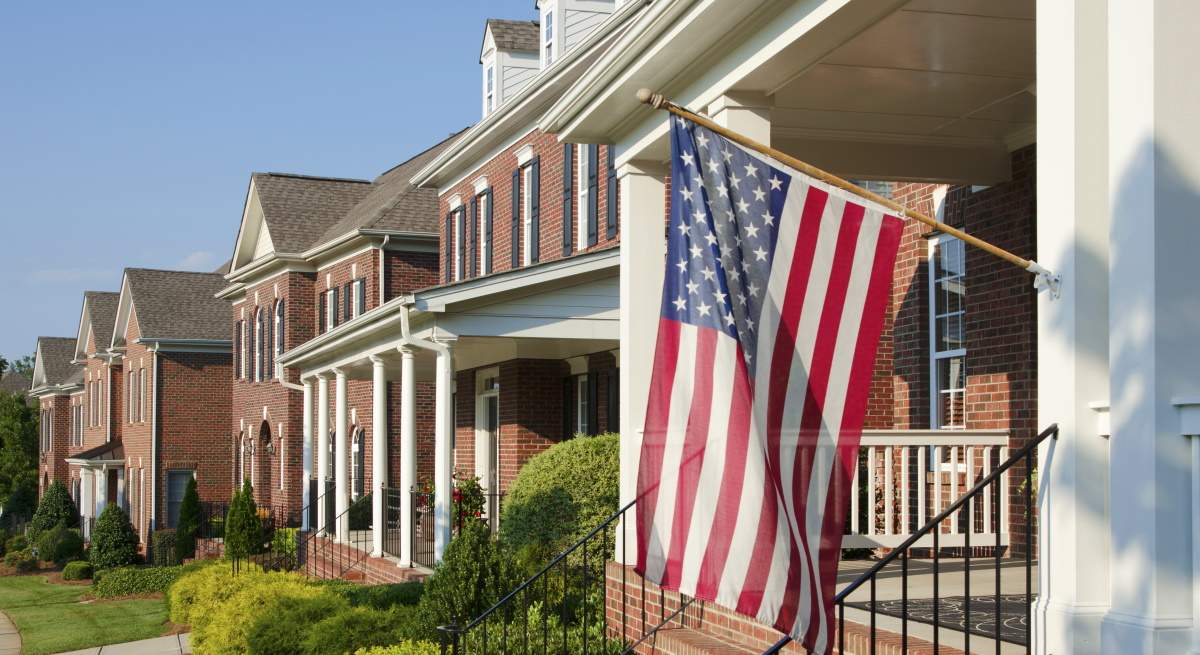 One of the most important dominoes that make up the US economy has begun to collapse. The housing index, which calculates prices in 20 different cities, has suffered its first monthly drop since 2012. This figure, along with a number of other indicators that provide a broader view, suggest that housing in the US may be facing a hard blow after years of rising prices. were exacerbated by the covid pandemic. Now, huge rate hikes, inflation and the arrival of a new recession are shaking the foundations of the housing market.

Housing is an asset that is sensitive to changes in interest rates. During the years of expansionary monetary policies (very high liquidity and low rates), housing became a star asset. However, academic literature shows that home prices are affected when interest rates rise. Today, advanced countries find themselves in the midst of one of the fastest rate growth cycles in history. While the real impact of this rate hike takes six or eight months to be fully reflected, there are already enough signs of a setback on the real estate market.

Since few weeks/months many cracks are visible in the real estate market. But housing dominoes is really starting to fall apart now. The avalanche of figures this Tuesday is very shocking. According to the famous index S&P Corelogic Case-Shiller In 20 cities, prices faced the first monthly drop since 2012. Although year-on-year growth is still intense, the slowdown is even greater.

Deeper in the data, in year-over-year terms, prices rose nationally—in the non-seasonally adjusted count—by 15.8% compared to July 2021, down from an increase of 18.1% in the previous month. S&P Dow Jones Index Managing Director Craig J. “The July report reflects a sharp slowdown,” Lazara wrote in a statement accompanying the data update, noting the difference in year-over-year gains in June and July. “The difference of -2.3% between these two rates is the biggest recession in the history of the index,” the expert insisted.

Generally, the first dominoes to fall in a situation like the current one (recession risk and a sharp rise in interest rates) are found in the financial markets. Stocks and bonds are already suffering from changes in financial conditions. Now it seems that it is the turn of the house. “Asset prices are usually the last indicator to decline in a recession, and in fact, real prices only started stabilizing in June and rising mortgage rates after skyrocketing during the pandemic (+25% between February 2020 and June 2022). and property prices have resulted in Recent decline in housing affordability and in reducing plans to buy a new home”, they warn from Allianz.

As such, Allianz economists believe that housing is going to be one of the great focuses fueling the fires of the recession, as it started from very high levels that could now make the fall more painful: “The housing price had held up so far, but it will be the next domino to fall: we hope Property prices contract by 15% over the next 12 monthsWhich will push the US economy into recession in 2023 (-0.7%)”.

Economists at the German insurer point out in their study that “housing indicators are collapsing across sectors. Housing is one of the most sensitive sectors to interest rates, so it is not surprising that monetary tightening has been on housing indicators sharply and Having a powerful impact. Rise in the cost of new mortgages lowers home affordability and therefore directly affects housing demand: during the past 18 months, the index of mortgage applications fell to its lowest level in 23 years Sales of existing and new homes have also declined sharply since the beginning of this year, reversing the upward trend seen since the end of the 2008 financial crisis (except for a short-term drop at the height of the pandemic). )”.

He agrees with JP Morgan and emphasizes the Fed’s movements. “The Fed’s strengthening has been effective in reducing activity in the real estate market, which is leading to additional weakening in a few different real estate indicators.” Market interest rates reflect not only changes made by the Fed, but also part of expectations that are driving up the cost of requesting a mortgage.

The data that is still known is the class with the background reading. last one it was wednesday Average Mortgage Rate Over 30 Years Updated every week by the Mortgage Bankers Association (MBA). have been read 6,52%, the maximum since 2008, after recording a return to 6% milestone in August. To give an idea of ​​how the tightening of financial conditions by the Fed has had an impact on the real estate market, it suffices to remember that the rate collected by the MBA was 3% at the beginning of the year.

Another report by the Federal Housing Finance Agency (FHFA for short) was also released yesterday, showing that home prices fell dramatically from June to July. The strong seasonality of the real estate market caused prices to fall during this period, but were down more than three times the historical average. In the yearly key, it rose to 13.9% from a growth of 16.3% in July. From 0.1% to -0.6% on a monthly basis.

Yes, there was another fact that might have come as a surprise at first, but it also has its own logic. New home sales increased in August, rising 28.8% to a total of 685,000, the fastest pace of sales since March. While this may be shocking at first, experts agree that the fall in prices may have contributed to supporting home sales, as Median new home prices fell 6.3%, Buyers are racing to avoid further hike in borrowing costs and take advantage of price cuts by some builders.

Reports from the Census Bureau and the Department of Housing and Urban Development under the Department of Commerce showed that there were 461,000 new homes for sale at the end of the month, the most since March 2008. However, the sale at the current rate will be They will need 8.1 months to end the supply of new homes, compared to 5.7 months at the beginning of the year. The study also found that the average sale price of a new home was $436,800. This is up 8% from a year ago, the smallest increase since November 2020.

“We do not expect August sales momentum to continue in the coming months, as the latest hike in mortgage interest rates will impact home purchase affordability.n Further fall in prices may attract buyers“Maintaining low levels of activity. Given the prospects for a more difficult macroeconomic environment, it is very likely that home prices will continue to slow,” says Nancy Vanden Houten of Oxford Economics, S&P DJI’s Lazara.

Such is the situation, he believes, from Allianz that banks may begin to taper off on mortgage loans at risk of borrowers being unable to repay the mortgage loan due to prevailing economic uncertainty and high interest rates. On the other hand, investment in new housing should also stop, which in a certain way will reduce the drop in prices (without new construction, the supply is limited to existing housing).

deep impact on the economy

“In this context, we expect a sharp decline in home price growth in the short period of 15%, year-on-year, from May 2022 (peak) to September 2023, although the decline is less than that seen during that period. There will be a great financial crisis,” say economists at Allianz. all previous Will destroy GDP growthSince construction and real estate services are two important branches of the US economy.

Housing investment has little impact on GDP. From Allianz they expect it to fall -6.3% this year and -6.4% next year, but that would reduce annual GDP growth by only 0.2 pp (percentage points). However, real estate services have a much more powerful effect. A decrease in this activity and a fall in prices can significantly reduce the additional value generated by this sector in the economy. According to Allianz calculations, a recovery in the housing market could push GDP by as much as 1.7 percentage points in early 2024, raising the risk of a prolonged recession.

not everything is destructive

Although housing may exacerbate the recession, this time its impact on the US economy will not be the same as in 2008, when the collapse of the real estate sector left hundreds of thousands of households and the financial sector moving. It appears that both banks and households have sufficient savings and capital buffers to tide over the turmoil.

From Allianz they assure that “Strong domestic balance sheet should soften the blow, Unlike in the mid-2000s, household balance sheets are in better shape: total debt is very low relative to income, the average credit quality of that loan is high (subprime mortgages are reduced), net worth is high (likely reducing) households at large are falling into negative wealth), and cash balances are well above pre-pandemic levels. ,