According to Reporters Without Borders, Cuba is once again among the ten countries with the lowest press freedom in the world 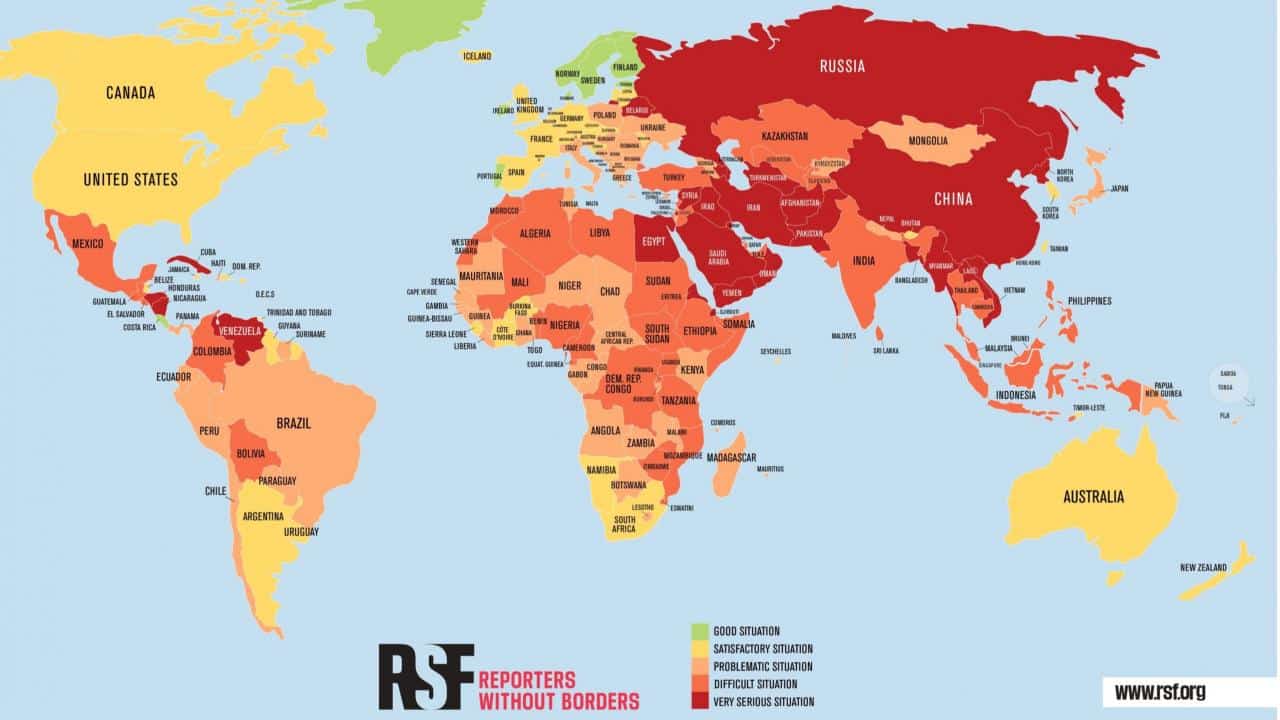 Cuba reappears among the ten countries with the biggest problems regarding press freedom worldwideAccording to the ranking released each year by the French organization Reporters Without Borders (RSF).

The island got 173rd place on this occasion., being the country with the largest restrictions on press freedom in Latin America. Only Vietnam, China, Burma, Turkestan, Iran, Eritrea and North Korea are present worse than cuba,

on a global scale, The organization alerted particularly on polarization in media discourse this year and cited the Russian-Ukrainian war as the best example of the phenomenon, “because it was prepared by a propaganda war.”

about Cuban media landscapeRSF noted that “Television, radio and newspapers are closely monitored by the stateand the private press continues to be restricted by the constitution”.

French NGOs also condemned it in Cuba “loss freelance journalist are protected by agents who try to limit their freedom of movementMake arrests and destroy the information they have”.

RSF has complained Miguel Diaz-Canel Continues Castroite operations and maintains complete control over information Implemented at the feet of the head of government by Fidel Castro and Raul Castro.

Of all the variables an organization evaluates, The legal framework was the worst score in the case of Cuba.where he highlights that “bloggers and some citizen journalists find a space of freedom on the Internet, access to which is largely controlled by the state, but they do so at their own peril”, because in many cases They are “imprisoned or locked up and forced to emigrate”.

“In 2021, new regulations make the idea of ​​an open, free and inclusive Internet even more utopian, grossly infringing on the rights of Freedom of expressionInformation and cooperation in the digital environment”confirmed RSF in its report.

Regarding the island’s economic situation, RSF reported that The pandemic and the US sanctions exacerbated the grave crisis the country is going throughWhich has forced thousands of citizens to flee.

Regarding the socio-cultural context, the NGO said that “the San Isidro movement protest in November 2020, and the subsequent mass demonstration on July 11, 2021, created an endless wave suppressionSimilar to 2003’s Black Spring”.

Main Security problems for Cuban journalists According to RSF come from the state itself, which mentions “arrest, arbitrary detention, threat of imprisonment, harassment and intimidation, illegal searches of houses and seizure and destruction of material” As the main methods of oppression of the press by the regime.

,The authorities also control media coverage of foreign media.Selectively accredit and expel those considered ‘too negative’ towards the regime,” the document added.

rather than, in first place Norway is found, followed by Denmark, Sweden, Estonia, Finland, Ireland, Portugal and Costa Rica. spain 32nd and America 42.