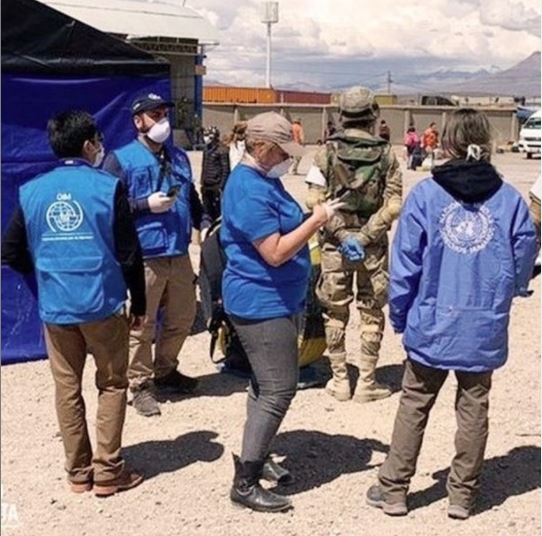 restrictive law, detention and surveillance functions online and offline; According to a new report by UN Secretary-General Antonio Guterres, these were the retaliation and threats faced by several UN human rights allies in 42 countries.

The document presented this Thursday said human rights defenders and journalists were the main victims of acts of intimidation by state and non-state agents. Similarly, the cases included in the report occurred between May 1, 2021 and April 30, 2022, harmed individuals and groups that cooperated with the UN human rights apparatus or used UN procedures to exchange information and evidence. for providing, and seeking redressal of human rights violations. abuses.

For his part, Ilz Brands Keharis, Under-Secretary-General for Human Rights, said that “this report once again shows the extent to which people are persecuted for raising human rights issues at the United Nations. And we Know that as shocking as this figure is, many cases of retaliation go unreported.”

There is no limit to the violation of human rights

Reportedly, surveillance of individuals and groups cooperating with the United Nations occurred in all regions of the world, according to the report. It even states that the COVID-19 pandemic has increased the challenges related to cyber security and privacy.

Penalties for UN allies vary. They can range from lengthy prison sentences, house arrest or self-censorship to affecting Indigenous peoples, minorities and environmental defenders, as well as those who experience discrimination based on age, sexual orientation and gender.

Given the situation, classified by the Kehris as discouraging, they said they would “continue to work to ensure that everyone can cooperate safely with the United Nations.”

Nicaragua and Venezuela are part of this list of countries that are threatened. And that is, the first quarter of 2022 was characterized by the closure of more than 130 NGOs in the country under Daniel Ortega’s presidency, which limited the ability and willingness to work and cooperate with the United Nations.

For its part, the Human Rights Council condemned all acts of intimidation and retaliation by state and non-state actors, both online and offline, for which it called for “the government to publicly investigate and punish any act”. Asked to refrain from committing, averting, and condemning threats or retaliation.”

On the other hand, in the case of Venezuela, the Office of the United Nations High Commissioner for Human Rights and holders of the Special Process Mandate continued to raise concerns about the law obstructing the work of civil society organisations, some of whom face criminal proceedings related to their work. Huh. , including those related to the implementation of United Nations humanitarian programs. @Whole world