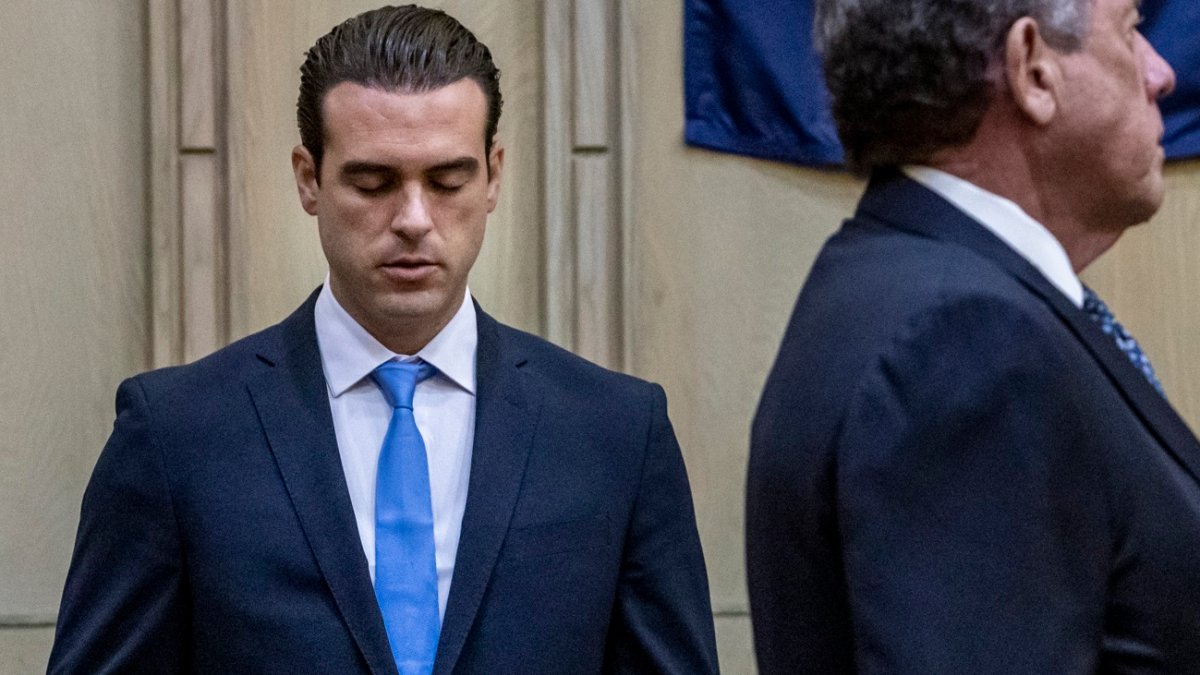 Miami.—Mexican actor Pablo Lyle was found guilty of involuntary manslaughter for the incidents that resulted in the death of 63-year-old Cuban-born Juan Ricardo Hernandez in 2019.

The 35-year-old Mexican actor could face up to 15 years in prison.

The previous day, Lyle informed Marissa Tinkler Mendez, the judge in charge of the case in Miami-Dade Criminal Court, that on her own initiative and under the advice of her attorneys she would not testify at this Monday’s hearing, according to media reports from The Local.

The Mexican actor, best known for his performances in soap operas such as “Adorable Curse”, clarified that his decision was not under any pressure.

Prosecutor Gabriella Alfaro repeated the words “Please don’t hurt me” to the jury, believed to be Hernandez’s last words before falling and mortally killing himself.

what did the defense say

The defense submitted parts of a statement by the actor in which he explained that this was the first time he had been involved in such a situation and that he had done so to protect his family.

The actor’s lawyers stated that Lyle acted in self-defense and requested, again, without success, the case under Florida state self-defense law, dismissed.

The closing argument will give way to a six-member jury to begin the deliberative process, the deadline for which was not made public.

Lyle’s decision – who was released on bail and under electronic surveillance until the start of the trial – for not testifying comes after the forensic doctor who performed the autopsy on Hernandez last Friday.

The coroner indicated that when Cuban’s body was examined, it was found that he had bleeding on the front and back of his head.

The most anticipated testimony was that of Lyle’s wife, Ana Araujo, who was in the vehicle with their two children on the day of the incident.

Araujo said he was extremely frightened and suffered a severe blow to the vehicle during the incident.

Regarding Hernandez, he said, “He was beeping very loudly at us the whole way, until we stopped and I started yelling and insulting a guy.”

He also revealed that he hadn’t seen the moment the actor hit Hernandez when he found himself on his back, other than to clarify that everything happened too quickly.

The trial against Lyle began on September 20, after several delays due to the pandemic.

the facts that led him to the trial

Lyle punches Hernandez after an argument over a traffic issue, and he died in a hospital four days later.

The events date back to March 31, 2019, when Lyle was on his way to Miami airport in a vehicle driven by his brother-in-law Lucas Delfino when he came across a car driven by Hernandez.

At a red light, Cuba angrily went out to reprimand Delfino for a maneuver he had made.

In the middle of the argument, Lyle got out of the car and hit Hernandez, who, according to images collected by security cameras at a nearby gas station, immediately collapsed.