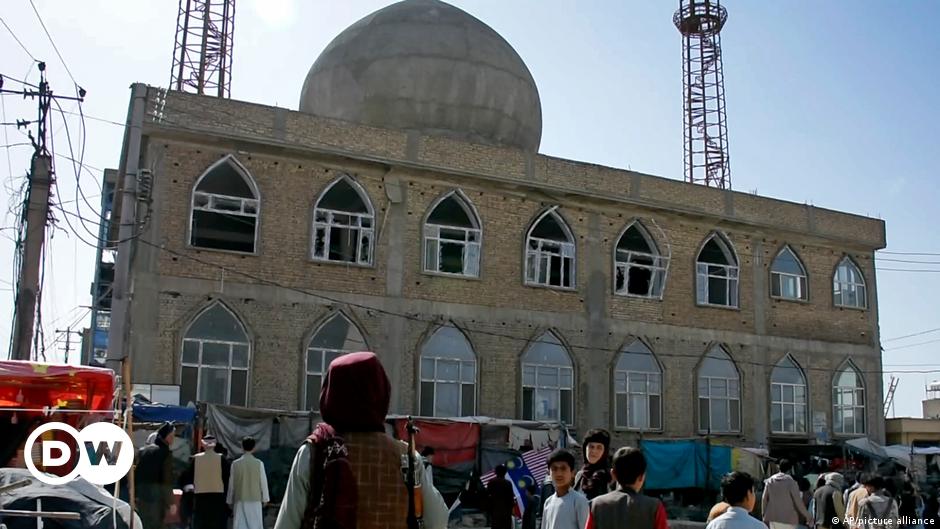 Police in northern Afghanistan say an explosion occurred on Friday at the Mawlawi Sikandar Mosque, located north of the city of Kunduz.

Taliban Deputy Culture and Information Minister Zabihullah Mujahid said at least 33 people were killed and 43 others injured in the bombings in the city of Imam. He said that many of the victims were students.

Zabihullah Mujahid wrote on Twitter, “The perpetrators of these incidents are … evil elements and serious efforts are being made to arrest and punish them.”

Witnesses said the explosion occurred when people gathered to pray, adding, “There were a lot of casualties, about 30 to 40 people were injured and killed.” So far no one has claimed responsibility for the attack.

The blast follows three bomb attacks on Thursday by the Islamic State in Khorasan Province (IS-K) in Afghanistan.

On Friday, IS-K issued a statement claiming that operatives had placed a bag full of explosives in a mosque in Mazar-e-Sharif, which said, “When the mosque was full of prayers, the explosives were thrown away.” Was blown away.” At least 12 worshipers were killed and 58 were injured in the explosion.

Taliban officials said on Friday that they had arrested the ‘mastermind’ of the Mazar-e-Sharif attack.

Thursday’s mosque bombing was the deadliest of three attacks that day. A roadside bomb exploded outside a school in the capital Kabul, wounding two children and a third bomb injuring 11 Taliban government-appointed mechanics.

IS-K began operating in Afghanistan in 2014 and has been responsible for some of the worst attacks in the country since then.

In May 2021, the group launched attacks on the maternity ward – killing 24 pregnant women and infants; as well as a car bomb attack on a girls’ school that killed 90 people and injured 240 – mostly young girls aged 11 to 15.

In August 2021, IS-K carried out a bomb attack on Kabul International Airport, killing more than 160 people trying to flee the country, as the US and Western allies went chaotically after ousting the Taliban from power 20 years earlier. had retreated. 13 US military personnel were also killed in this attack.

In November, the Taliban launched attacks on IS-K targets and the group’s activity declined dramatically. That trend has changed over the past several weeks, however, as the group has intensified attacks in Afghanistan and neighboring Pakistan.

At least seven students were killed and several others injured in a bomb blast at a school in the Afghan capital Kabul earlier this month.

In March, the group attacked a mosque in Peshawar, Pakistan, killing more than 65 people. It has also carried out attacks on Pakistani security forces.

On Thursday, in Faisalabad, Pakistan’s Punjab province, police issued a threatening warning to residents of the country’s third largest city. “It is learned that IS-K had planned to carry out terrorist activities in Faisalabad,” the police said. Officials advised citizens to “use extreme vigilance”, though did not provide any further details.