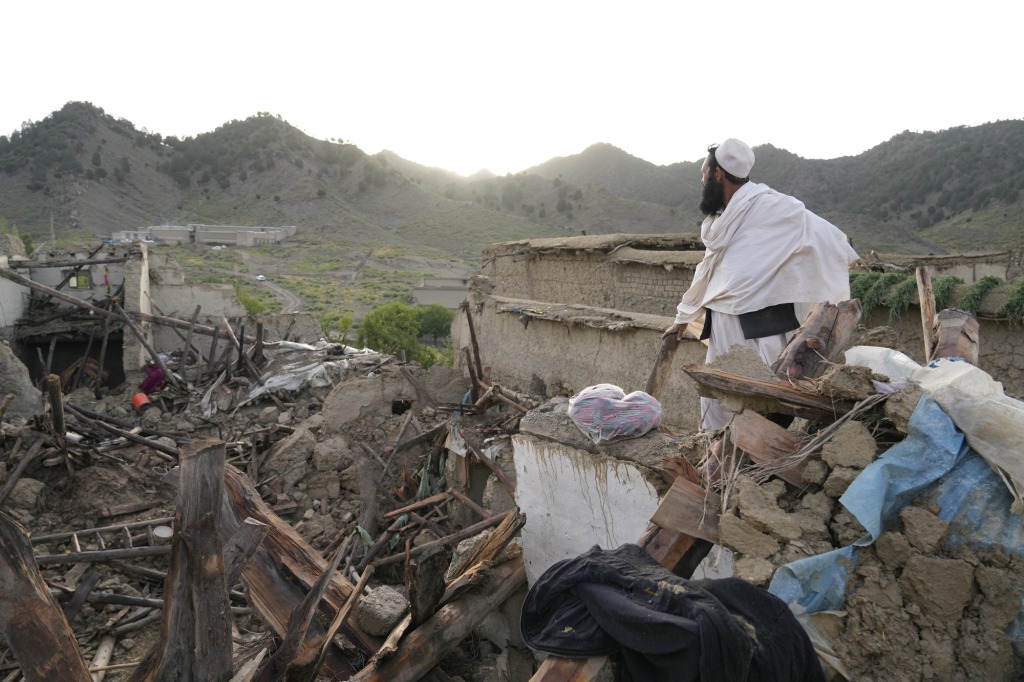 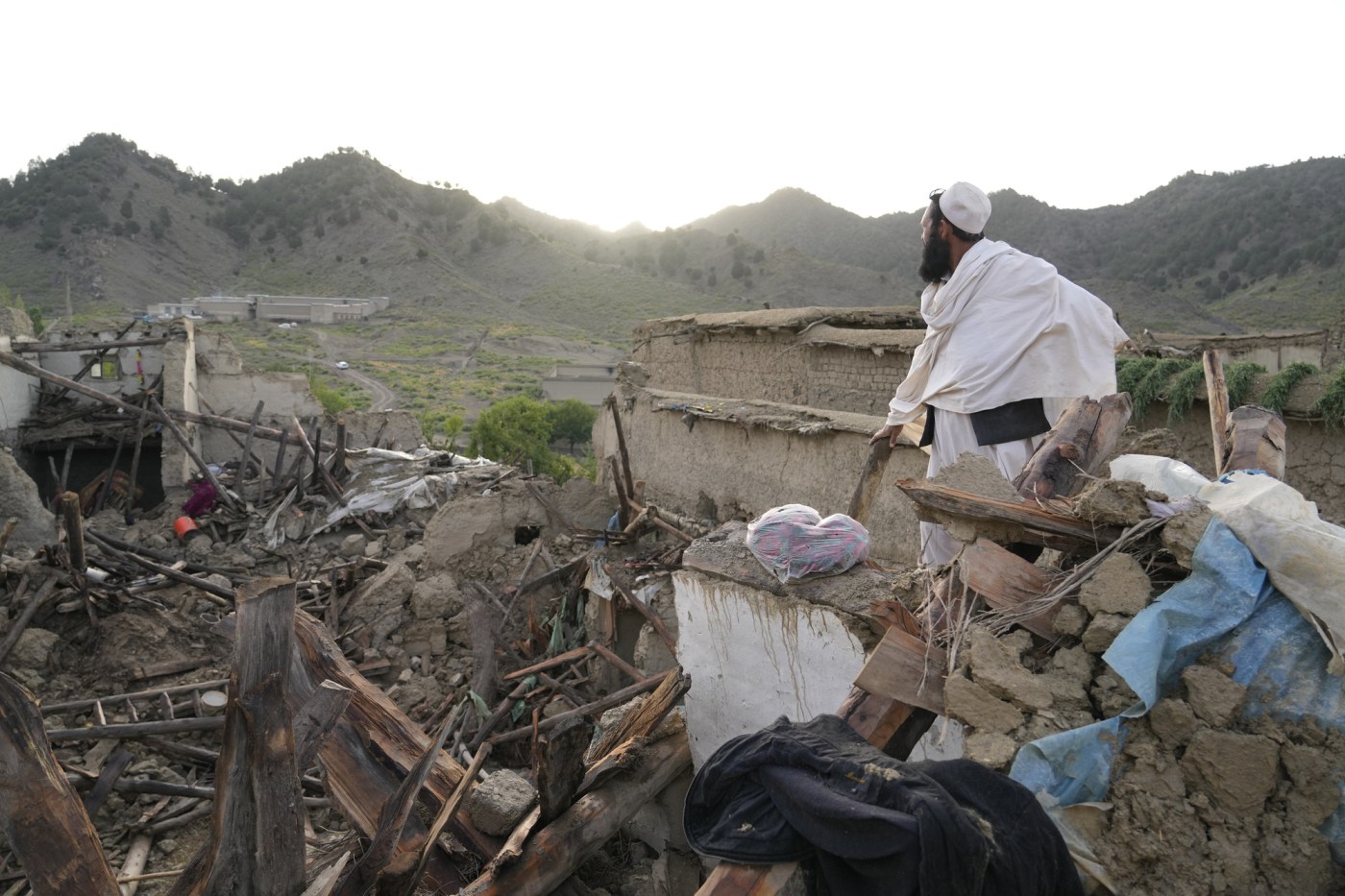 GAYAN, Afghanistan. Tents, food and medical supplies have arrived in a mountainous area in eastern Afghanistan where thousands have been left homeless or injured in a massive earthquake this week that killed 1,150 people, according to state media. A new aftershock on Friday claimed five more lives and added to the suffering.

Among those killed in Wednesday’s magnitude 6 earthquake were 121 children, but the figure is expected to rise, said Mohamed Ayoya, UNICEF Representative in Afghanistan. According to him, about 70 children were injured.

Overworked aid agencies said the crash highlighted the need for the international community to rethink its financial shutdown of Afghanistan since Taliban insurgents took over the country 10 months ago. This policy, which halted billions in development aid and froze vital reserves, helped push the economy into collapse and plunge Afghanistan further into a humanitarian crisis and on the brink of starvation.

The quake hit a remote, deeply impoverished area of ​​small towns and villages hidden among the rugged mountains near the Pakistani border, destroying stone and mud-brick homes and in some cases killing entire families. Some 3,000 houses were destroyed or severely damaged in Paktika and Khost provinces, according to state media.

Relief efforts for the victims are slowing down due to both the geography and the devastating state of Afghanistan.

The track roads in the mountains, which were already difficult to move on, were aggravated by the earthquake and rain. The International Red Cross has five hospitals in the region, but road damage has made it difficult for those in the most affected areas to reach them, said Lucien Christen, the ICRC’s representative in Afghanistan.

He said some of the wounded had to be taken to a hospital in Ghazni, more than 130 kilometers (80 miles) away, from which the ICRC has continued to work, paying staff salaries over the past months. Many medical facilities across the country have closed, unable to pay staff or purchase supplies.

“It shows that if you don’t have a functioning healthcare system, people can’t access the basic services they need, especially in times like this,” Kristen said.

On Friday, the Pakistan Meteorological Department reported a new earthquake with a magnitude of 4.2. Afghanistan’s state news agency Bakhtar said five people were killed and 11 injured in Gayan, a district in Paktika province that was one of the hardest hit by Wednesday’s quake.

Taliban director Bakhtar Abdul Wahid Rayyan said on Friday that the death toll had risen to 1,150 since Wednesday, with at least 1,600 injured. The UN Office for the Coordination of Humanitarian Affairs puts the death toll at 770. It is unclear how the death toll tally is achieved, given access difficulties. Any casualties will make Afghanistan’s deadliest earthquake in two decades.

In Urgan, the main city of Paktika province, medical supplies from the UN World Health Organization were unloaded at the main hospital. In earthquake-hit villages, UNICEF delivered blankets, essentials and tarps to the homeless to use as tents. Aid groups said they feared cholera could break out after damage to water and hygiene systems.

In the main villages of the Gayan region, residents crowded around trucks with humanitarian aid, an Associated Press team reported Friday. People who had been sleeping outside in the rain for the past two nights set up tents in the yards of their destroyed houses. For more than 24 hours after the earthquake, many were left to their own devices, manually digging through the rubble in search of survivors.

However, aid slowly seeped through the area. In one tiny village seen by the Associated Press, all 20 houses had been demolished and residents were still hiding in the nearby woods.

Trucks carrying food and other necessities arrived from Pakistan, while relief planes landed from Iran, Qatar and the United Arab Emirates. But it was unclear how long it would take to reach the devastated villages. Other countries sending aid have gone to great lengths to make it clear that it will not go through the Taliban, reflecting widespread reluctance to deal with Afghanistan’s new rulers.

Aid groups have said that while they are rushing to help earthquake victims, keeping Afghanistan just above the catastrophe with humanitarian programs is not sustainable. Some have called for an end to the world, or to find ways around the financial shutdown that has wrecked the economy.

“Essentially, we are allowing 25 million Afghans to starve, die, be unable to earn a living if we continue this financial blockade,” said Rossella Michio, president of Emergency, which runs the health care network. institutions and surgical centers throughout Afghanistan.

Afghanistan’s economy has been dependent on international donor support since before the Taliban came to power last August, when the US and its NATO allies withdrew their troops, ending a 20-year war.

World governments have suspended billions in development aid and frozen billions more in Afghanistan’s foreign exchange reserves, refusing to recognize the Taliban government and demanding that they allow more inclusive rule and respect human rights. Former insurgents have resisted pressure by imposing restrictions on the freedoms of women and girls, who remember their first time in power in the late 1990s.

The cut-off tore the props out from under the economy. Almost half of the 38 million people now cannot meet their basic food needs because of poverty. Most government employees, including doctors, nurses and teachers, have not been paid for months, and salaries remain sporadic.

Many aid groups have left the country. UN agencies and other remaining organizations have kept Afghanistan from starvation with a humanitarian program that has fed millions of people and preserved the medical system.

But with international donors lagging behind, UN agencies are facing a $3 billion funding shortfall this year.

International sanctions on Afghan banks make it difficult to send funds into the country. Some aid groups have to physically carry large bags of cash with them to pay local staff, a costly process that incurs transport and security fees.

“Only a bold strategy to address the causes of this crisis will end the spiral of suffering that its population is facing,” Junaid said.

Alec Baldwin spoke publicly about filming the death of Rust