Agreement with the US: Best placed data that AFIP will be able to access Scope of Exchange of Financial Information 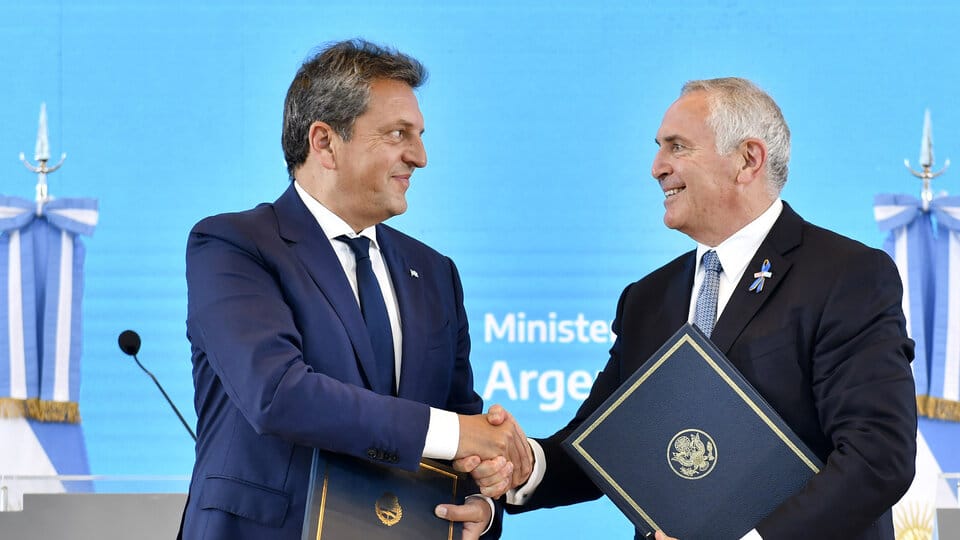 The economy minister, Sergio Massa, signed an agreement last Monday with the United States government for the exchange of information on tax matters, which will allow access to the activities of Argentine accounts in that country. page 12 A 15-page memorandum of understanding was signed, from which the scope of the agreement emerges.

In the background it is clarified that the United States of America, though a signatory to the Convention on Mutual Administrative Assistance in Financial Matters (OECD-EC), did not ratify the 2010 Revised Protocol. Therefore, administrative assistance with that country cannot be given through multilateral means, but bilaterally.

Beginning in 2014, the United States implemented internal regulations requiring financial institutions in all countries of the world to complete due diligence procedures and information reporting to identify accounts of North American subjects. In this context, it created two settlement models: a model 1 where financial institutions report to the tax administration (TA) so that it can transmit information to other TAs and a model 2 where financial institutions of the contracting country communicate directly to the Internal Revenue. Service (IRS). Of the 113 agreements signed by the United States so far, 87 percent are Model 1 and 60 percent are reciprocal. In this case also the same path was chosen.

The agreement for the exchange of financial information signed by Argentina with the United States, “among the possible agreements, is the most comprehensive in terms of commitments and obligations of both parties,” said an official source in the economy ministry. The treaty would allow Argentina to access data on accounts of Argentine residents in that country for funds not declared to the AFIP.

If all the information and protocols are followed, the agreement comes into force from January 1. The agreement covers 50 US states including Delaware and South Dakota. The United States only excludes American Samoa, Guam, the Northern Mariana Islands, Puerto Rico, and the US Virgin Islands from its “definition” of territory.

In this sense, it maintains that certain information on accounts declared for Argentina in financial institutions of the United States of America, along with the exchange “identification data of the account holder, identification of the financial institution, gross amount of interest, dividends and others” by the United States Collects “income from US sources” received by residents of Argentina in US accounts.

Some of the implications highlighted by the Argentine authorities for the agreement signed with the United States are “Commitment of reciprocity: The United States is committed to all countries with which it entered into the IGA Model 1 agreement, which matches the information it transmits with the information it receives; it is a mutual commitment to continue improving the effectiveness of information sharing and transparency.”

According to the source, “most relevant to the Argentine tax authorities may be custody accounts where, for example, there is investment in the United States stock market, also through corporate or trust structures.”

Among the practical implications of signing these reciprocal agreements for Argentine taxpayers, the document states that “in general, a person who is not a resident of the United States (in this case, an Argentine) may be entitled to two types of income: Pays tax in that country for: Income FDAP which is also known as Fixed, Fixed, Annual, Periodic (FDAP for its abbreviation in English) and which includes interest, dividend, rent, royalty etc. Mainly passive income from); from the nature of local properties and interests in partnerships; on the other hand, ECI income is effectively linked to the operation of a business in the United States (ECI for its abbreviation in English).

Thus, for the payment of these taxes by non-residents, the United States generally applies a withholding and notification regime to the North American subject in charge of the payment. The memo stated, “How does the United States withholding agent know what and how much to withhold?” “It requires identification of the non-US subject (in this case, Argentina) via a W8 form (there are 5 types of W8 forms)”, is the answer.

Ramsey County Homeowners: Watch Out For Your Share of $ 25 Million in Tax Credits and Unclaimed Property Refunds.