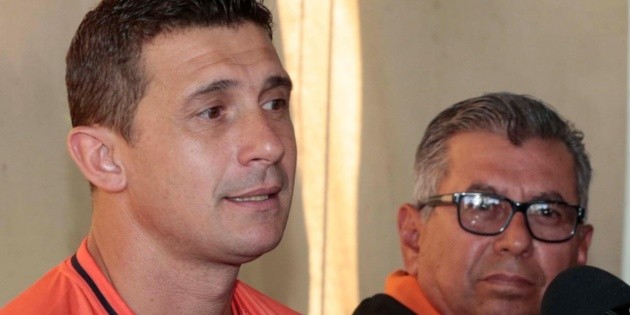 The 42-year-old Argentine strategist arrives at the nest after directing in Guatemala, where he spent his time with the Municipal and Coban Imperial teams.
Bini’s career as a coach began at Municipal, where he managed two finals between 2020 and 2021, where he won a national championship and a runner-up. The Buenos Aires native managed to win the title of champion in his first campaign charge, for which he was able to join the special list of champions as coach and player.

In June 2021 he was announced as coach of Koban Imperial, where he led a total of 37 games and scored a balance of 13 wins, 12 draws and 12 losses. In May 2022 it was announced that it would not continue with the princely state.

According to the Argentine coach, he had experience after being intern at Pachuca. Toluca and Chivas of Liga MX.

Your relationship with El Salvador
In his time as a player, Sebastian Bini played in FAS in 2007 and finished second in El Salvador’s first division.

Contradictory Independent: He has no game and thinks about this Sunday’s election, but he has five consecutive victories in the professional football league and...

The Legends Classic was a success: the first basketball game in history to end in a draw

Process begins against accused of assault on Christina Fernandez