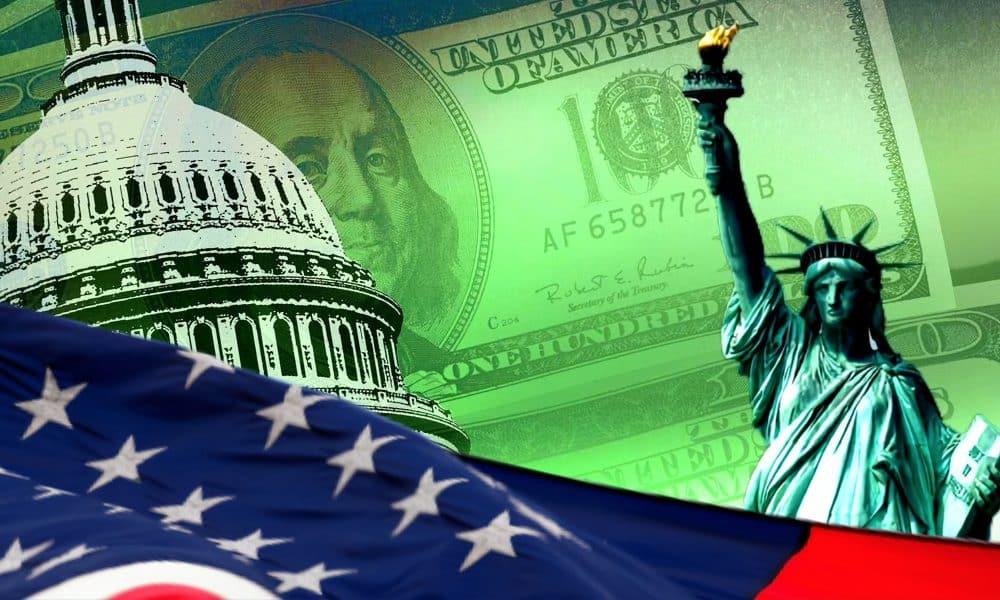 There’s no doubt about it: price increases in the United States are a reality affecting millions of residents, and aid checks and other initiatives are issued from various states to combat inflation. Here we provide you some of the assistance you can get in the last week of September, if you are eligible.

As announced, the annual rate of inflation in the United States reached 8.3 percent in August, according to the most recent Consumer Price Index report.

And while that represented a 0.2% drop from last month’s record, it still exceeded economists’ forecasts, indicating that the recovery could take a little longer than expected.

In fact, this reality has forced many state governments to immediately adopt economic relief initiatives for residents of the United States, in order to make the high cost of living more tolerable, especially in relation to food, transportation, and rent.

A good portion of North American states have approved stimulus checks, or refunds to taxpayers, to mitigate the current high prices.

When does the new help check arrive? Or How to Apply for Assistance Check in the United States?

These are two of the most asked questions by residents of the United States these days. And the answers can be varied, as it ultimately depends on where you live in the United States, and the government’s own policies.

While some states will issue financial aid checks, others will only refund taxes. In some areas a formal application must be submitted, while in others the money will come automatically.

Let’s look at some specific cases:

The governor of this North American state, John Carney, approved the delivery of US$300 stimulus checks to residents filing their tax returns for the year 2020. Though the process started earlier, it will continue in the state during the last week of September. ,

Something completely different is happening in Florida. In this southern state, thousands of families continue to receive payments of up to US$450 for each minor.

Basically those families who get temporary assistance for needy families are eligible to get this assistance.

There are two possibilities, especially in the case of Idaho, taxpayers could receive 12% (in relation to the 2020 tax return) or US$75 each taxpayer. In any case, the highest figure will be taken.

In the state of Illinois, relief checks come through the income and estate tax refund method. As such, some eligible residents will receive payments ranging from US$50 to US$300 in the remainder of September, if they have not received them earlier.

One of the states with the richest money is Maine. Taxpayers in this US territory who have filed their 2021 state return and have a gross income of less than $100,000 are eligible for an $850 direct relief check, increasing to $1,700 for couples who file together. your statement.

For their part, in the state of Minnesota, thousands of frontline workers will receive a one-time payment of US$750.

Pennsylvania, on the other hand, continues to pay US$650 from the property and/or rent tax reimbursement program. Mainly some older adults and people with disabilities are benefitted.

On the other hand, during the month of September in Virginia, single checks of US$250 or US$500 (in case of marriage) are disbursed during the last week of September.

Residents who have filed their 2021 tax return may be eligible for a one-time payment of $100 to $300, which is due this month.

On the other hand, in South Carolina, income tax refund checks range from $100 to . until $800Which will be sent in late November or December.

In Colorado, as we told you in a previous article, people who filed their 2021 return before June 30 of this year will receive a check for US$750. Instead, those who filed a joint return as spouses would receive US$1,500.

As we mentioned earlier, from the month of October 2022, the famous tax refund will be sent to the middle class of the state of California. This is a juicy payment of up to US$1050.00, which from now on creates hope among the taxpayers of this state.

According to NASA, the eruption in Tonga released enough water into Earth’s atmosphere to fill 58,000 Olympic swimming pools.

‘I have to marry her’: Adele Roberts praises partner Kate Holderness