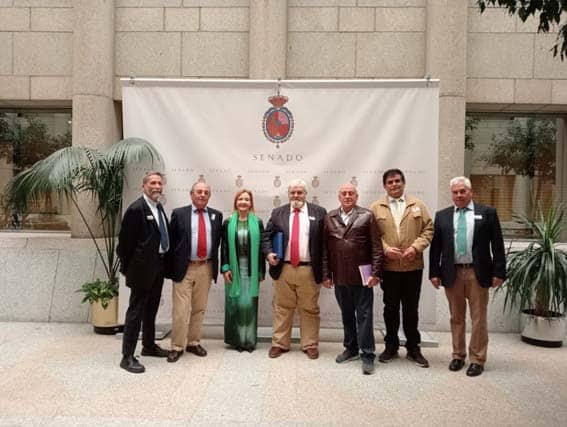 Yolanda Melero and Gonzalo Gil participated for Vox Group and D. Jesus Martin, Manuel Angel Fernandez, María del Mar Arnaz and Francisco Díaz participated for PSOE. The meetings have been very positive, as we have been able to present our proposals to the United Nations on 15 June to raise awareness of the mistreatment, abuse and neglect that the elderly face in our society. For this purpose, each political group has been given a detailed report on the types of abuse faced by the elderly and the possible solutions to end this scourge. In these same meetings we have also talked about the poverty faced by our elders, the lack of energy and the dire situation faced by many of our elders.

The participation of assistants has demonstrated interest and propensity to adopt necessary measures for the same. Among them is to achieve a great state agreement of all political groups. The Pact proposed segregating all senators, regardless of the group they belonged to.