Alberto Fernandez in Formosa: “We need an Argentina where only the privileged are not the judges” 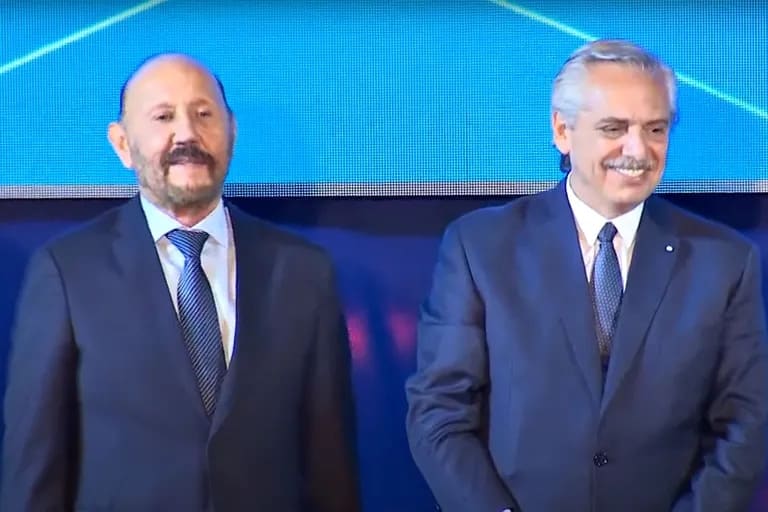 President alberto fernandez shared an act with Gildo Infran, in Formosa, during the inauguration of a hospital. The national president claimed the national management and criticized, without mentioning it, the opposition, “We want a present state,” he said. And they demanded more federalism. “The first reflection we have to do is whether we live in a common Argentina and the answer is no. We need an Argentina where the only privileged are don’t judge”, he denounced.

he also highlighted inflation data,” which showed a more encouraging figure, “In this 40th year of democracy, we have to agree on a development policy so that Argentina’s great north does not become the periphery that they wanted to turn it into. We have to do that work with Patagonia as well,” he said.

As part of his claim to greater federalism, he assured that he did not like present-day Argentina “which was once designed” with a “rich center and poorer peripheries in the north and south”.

Fernandez crossed, in this sense, those who affirm that democracy “is a failure.” “They shouldn’t have relatives who have disappeared, been tortured, or been deported. They shouldn’t know, but we value democracy.” and I add: “We have to encourage ourselves to make a strategy to develop an egalitarian country without the difference of sides, We must all grow in solidarity, as the Pope already said “no one is left alone”.

also mentioned the effects of Epidemic and generated by War in Ukraine. However, he added that the Russian invasion could represent an opportunity for the country. “The answer is lithium and copper which the world is demanding. There is also agriculture and livestock production, which is in demand as food, and waterways, to get food to the world”.

The president advocated a “strategic development policy” for the North and also called for turning the country from a “producer of meat and grain” into “food for humans”. “Knowing the debt of democracy, we must create an egalitarian Argentina.” All parties are involved in this strategy, he asked.

Fernandez expressed gratitude Infran’s invitation, praised his government work and especially his housing policy. He promised to return to the province to deliver the homes that are part of the housing plan. “Long live Formosa! Long live Argentina!” He shouted. “And live longer!”, ceased to give birth to peronist march,

Fernández’s act comes a day after the president led the celebration of his three years in the office of head of government at the Casa Rosada, this Thursday in Formosa. tough kirchnerism, governor and some officers, such as Sergio Massa was not part of the game. Christina Kirchner was absent from notice due to her coronavirus diagnosis.

Of the governors, only the President of Tucuman attended, osvaldo jaldoalways close to the chief of staff, John Manzoor, with whom they form the Peronist formula for the election of the governor of that province on 14 May. Other references to Christianity, such as the Governor of Santa Cruz, Alice KirchnerHe didn’t even say gift.

The inflation data the president highlighted this Thursday represents perhaps the government’s biggest challenge. According to INDEC, the price increase in November was 4.9% and in twelve months 92.4% has already been accumulated. The last month of the year had the lowest monthly change since last February.

The November measurement is given in a scenario in which The government makes price agreements with various regions, amid the relative calm of the “free” dollar. There is a fall in the prices of food items. Although inflation has come down, it is still at a very high level compared to countries with stable macroeconomics.