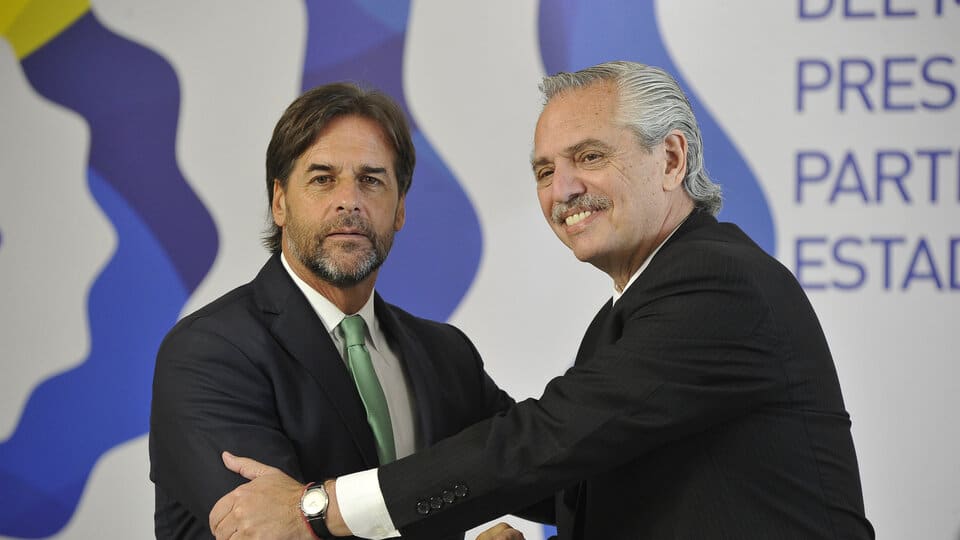 President alberto fernandez attended this Tuesday in Montevideo at the summit of MERCOSURin which he assumed the provisional presidency of the regional bloc, and reminded his Uruguayan counterpart, louis lacle pouwho wants to join the Trans-Pacific Agreement alone, who “The solution is not for everyone to make their own” But “join the efforts” and see “how we correct the asymmetries that exist within MERCOSUR”.

A little more than a week ago, Lacalle Po announced the first formal steps to join Comprehensive and Progressive Trans-Pacific Partnership AgreementMade up of eleven countries from Asia and the Americas, and criticized MERCOSUR, made up of Brazil, Argentina and Paraguay, for the “lack of agreements” with the main world powers in this framework.

Argentina, like the rest of the bloc’s members, holds opposite views on what should be the dynamics of Mercosur. “The solution is not that everyone does their own, I don’t think that’s the mechanism. We are worried about unilateral decisions“, said Fernández during his speech at the summit this Tuesday.

“Here I would like to make a point, Louis dear, with all due respect, to continue the clear debate you have proposed. One of the conditions of the society is to follow the rules and MERCOSUR rules say that these agreements should have another remedial mechanism“said the President of Argentina, addressing Lacalle Poe.

And he referred to his Uruguayan counterpart’s criticism of the “lack of agreements” with other blocs, saying: “It’s not that we rule out an agreement with the European Union, for example, but an agreement of that nature.” There should be a society and in this a society both win. When one wins and the other loses, it is not a society, it is something else”.

Creating a free trade agreement “in isolation and individuality” is “complicated”, warned Argentina’s president. “Obviously Uruguay is a free, autonomous country, and it can do this. What I’m saying is: Why don’t we start thinking about what is good for us as a region, how do we join forces to achieve what you are proposing, that we are powerful countries?‘ questioned the President.

In this framework, he shared his “belief that if anything happened after the pandemic and the war, it was this Globalization Doesn’t Work Like It Used To BeThis does not mean, he clarified, “that globalization has failed and we should return to nationalism, but rather how regions are empowered to meet the challenges”, and As an example, the European Union’s NAFTA, China’s “trying to find a deal with the United States and the European Union” and the African Union’s “telling the world what’s happening”.

,What the world is considering today is very different from the free market. What is being asked today is to see how each economy defends itself against the devastation caused by the pandemic and the war between Ukraine and Russia“, commented the president. “And I think what MERCOSUR has to do is strengthen its unity to see how we face these dilemmas that the present presents us,” concluded Fernández , Block’s “enormous” potential to become a provider of food and energy“What the world needs today”.

Ray is close to no hit; Mariners run on Angels