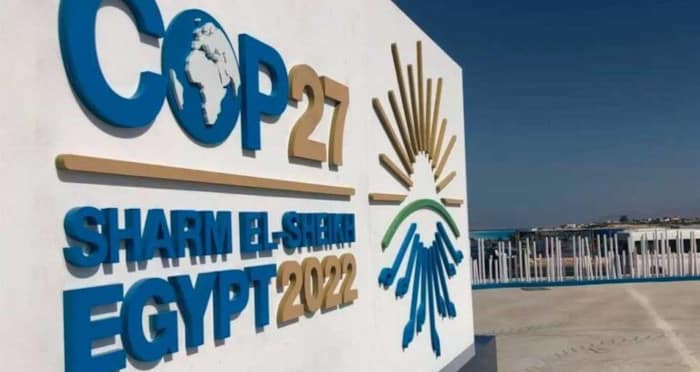 SHARM EL SHEIKH, EGYPT.—The climate crisis hits the displaced hard, the least responsible for the event and without adequate capacity to adapt to its impacts, said Filippo Grandi, the United Nations High Commissioner for Refugees today.

Speaking at the 27th Conference of Parties to the United Nations Framework Convention on Climate Change (COP27), Grundy urged world leaders to avoid a catastrophic future for millions of displaced people and take measures to prevent the devastating human consequences of the environmental crisis. called upon. ,

“We cannot leave millions of displaced people and their hosts alone to face the consequences of a changing climate.

COP27 should equip countries and communities on the front lines of the climate crisis to prepare, adapt and mitigate the effects of extreme weather,” Grandi stressed.

The senior UN official stressed that more than 70 percent of the world’s refugees and displaced persons come from the most climate-sensitive nations, such as Afghanistan, the Democratic Republic of the Congo, Syria and Yemen, and stressed that, for this reason, From now on, they have a lot to say in discussions about the climate crisis, even though they are often excluded.

In his own words to the leaders, he recalled that COP 27, inaugurated yesterday in Sharm el-Sheikh, Egypt, occurs in the context of climate disasters, such as the recent unprecedented floods in Pakistan and the worst drought in decades in the Horn. of Africa.

In the face of these disasters, only bold action and a massive increase in funding for climate mitigation and adaptation can reduce the current and future humanitarian consequences on displaced populations and host communities, he said.

Grandi explained that investments must be collaborative, inclusive and seek solutions for the most vulnerable, so it is essential to achieve transformational, sustainable and integrated efforts that involve local populations, governments and partners already working against climate extremes. are fighting.

Of these dangers, he cited the example of Somalia, where nearly a million people were displaced by the threat of drought and famine, cyclones in Mozambique that had previously affected thousands of residents displaced by violence, and continued to record flooding. In the fourth year, he devastated Sudan and South Sudan.

In addition, more than 3.4 million displaced people and their hosts are facing the consequences of recent devastating floods in the central Sahel countries of Nigeria, Chad, Cameroon and Niger, Burkina Faso and Mali, an area that is already the most is facing one of the worst crises. movements in the world.