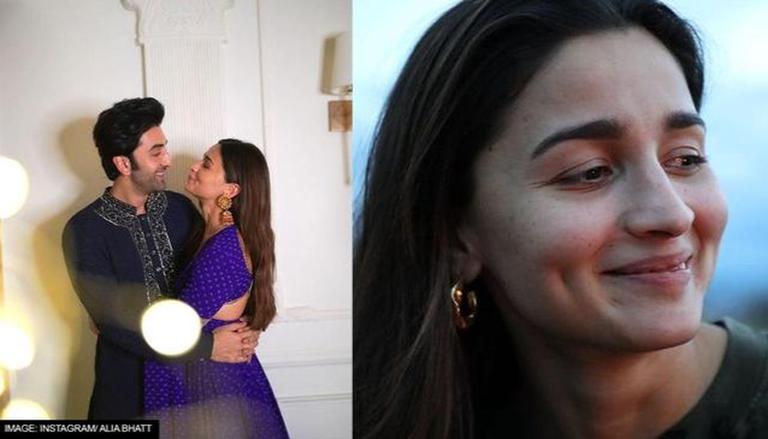 Alia Bhatt and Ranbir Kapoor have been in the news ever since they made their relationship official. The actors now often appear together in public and also go on some romantic holidays. Alia Bhatt recently shared a few pictures clicked by Ranbir Kapoor from his New Year vacation and received a hilarious comment from Arjun Kapoor.

Alia Bhatt and Ranbir Kapoor celebrated New Year at an unknown place away from the city blues. The couple celebrated the holiday a few days before New Year’s Eve and took to Instagram to wish their fans. Alia Bhatt recently shared a series of pictures clicked by Ranbir Kapoor on her Instagram handle. Gangubai Kathiawadi The star looked nothing but adorable in a green and black sweater and green cap. She completed her look with a pair of golden earrings and was seen smiling as Ranbir Kapoor behind the lens. Sharing the pictures, Alia Bhatt wrote, “Casually flexing my boyfriend’s photography skills.”

Fans showered the actor with love for his cute pictures and adorable captions. Anushka Sharma and veteran actor Neetu Kapoor also sent love to Alia Bhatt. Actor Arjun Kapoor, who never fails to pull the leg of his colleagues with hilarious comments, reacted to the pictures with the hashtag ‘Firseyudchale’ (Ud Chale again).

Alia Bhatt and Ranbir Kapoor welcomed 2022 on a positive note. The two were on a romantic getaway filled with large fields, wild animals and mesmerizing sunsets. On December 31, 2021, Alia Bhatt shared a few glimpses of her short vacation on her Instagram handle. Alia, looking cute in the first picture, was seen smiling towards the camera. The other shows Ranbir in warm clothes drinking something from a glass. The rest of the pictures showed some wild animals and a beautiful sunset. Sharing the pictures, Alia Bhatt wrote, “Giving some Hakuna Mata energy to 2022. Stay safe…smile..be simple and love more!!!!!Happy new year.” Arjun Kapoor reacted to the post and wrote, “(hashtag) nadaan parinde.”

Read Also:  The Queen cancels a vacation trip ahead of a "grueling" fall, one of the "most important periods" of her 70-year reign

Ranbir Kapoor and Alia Bhatt are all set to share screen space for the first time in their most awaited film Brahmastra. Directed by Ayan Mukerji, the film also stars legendary actors Amitabh Bachchan and Nagarjuna Akkineni. After a long delay, the film is now going to hit the theaters on 9 September 2022.

get the latest Entertainment News from India and around the world. Now follow your favorite television celebs and telly updates. Republic World is your one-stop destination for trending Bollywood News, Tune in today to stay updated with all the latest news and headlines from the world of entertainment.