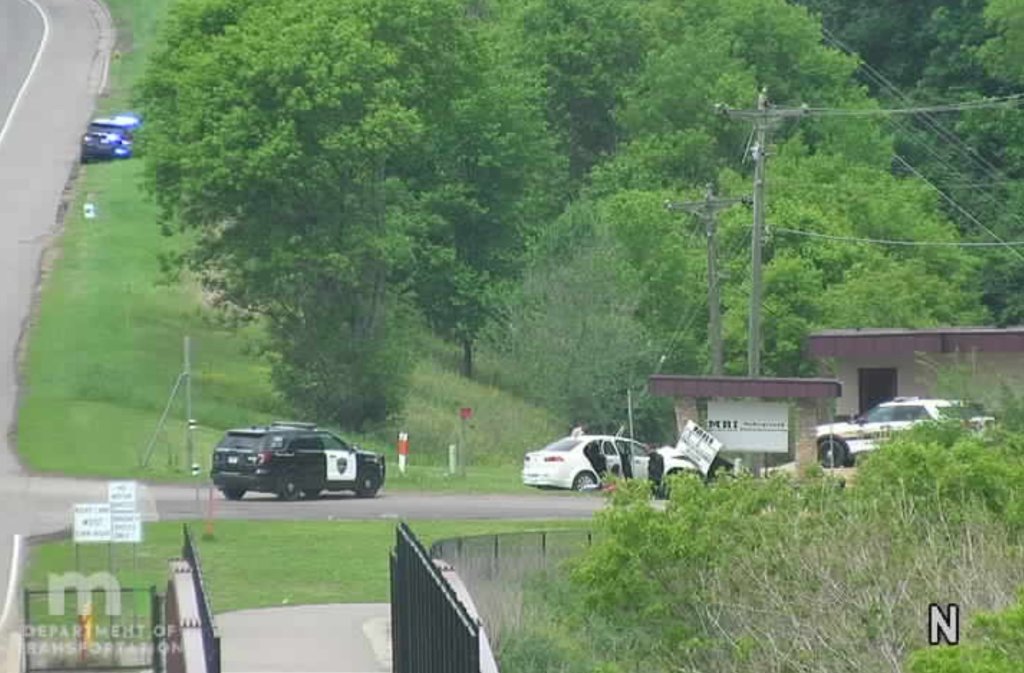 A St. Paul man who had a warrant and a revoked driver’s license fled a traffic stop in Hastings last month and evaded police for nearly five miles before crashing, injuring two of his young passengers. According to the allegations.

According to a criminal complaint filed in Dakota County District Court, 30-year-old Ko Ko, who fled the scene and evaded arrest, was charged with two counts of criminal vehicular operation that resulted in substantial bodily harm—gross negligence. and running away from police in a motor vehicle—resulting in serious bodily harm. Ko had not been traced till Tuesday.

Ko’s girlfriend, who was also in the car, told police that during the chase, Ko said he was wanted on a warrant and was not going to back down, according to Monday’s criminal complaint.

Court records show that a warrant for Ko’s arrest was issued in Goodhue County on April 14 after he violated the terms of his probation, then failed to appear at a hearing.

At around 1:40 p.m. on May 30, a Dakota County Sheriff’s Office sergeant spotted a white sedan in the parking lot of Hastings Gas Station. The driving license of the registered owner of the car has been cancelled.

As the sergeant pulled around at the gas station, he quickly exited the parking lot and headed north on State Highway 316. He blew through the stop sign on 33rd Street and Highway 316.

The sergeant followed Ko with more lights and sirens, but Ko accelerated to 70 mph in the 35 mph zone and weaved in and out of traffic, Fee says. As the chase continued, the constable learned that Ko had an arrest warrant.

After flying through a red light at US 61 and County Road 47, Ko turns north into a southbound lane of US 61 near State Highway 55. A Hastings police officer deployed stop sticks on Seventh Street, puncturing one of Co’s tires.

Just past Hastings Bridge, Ko tried to make a right-hand turn into US 61 in a commercial parking lot, but lost control of the car and slammed into a brick sign. He fled on foot and into the wooded area.

Officers responded to the crashed vehicle and found Ko’s girlfriend and two children injured in the front passenger seat. He was taken by ambulance to the hospital, where it was learned that the 4-year-old boy suffered vertebral fractures, fractures to his face and sternum, and a dislocated shoulder. 3 year old girl broke her hand.

Officer Koi could not be traced even after searching the area. His ID was found near the driver’s seat in front of the car.

The sergeant had a dash camera active throughout the search, which lasted more than 4.5 miles.

Ko’s case in Goodhue County pertains to charges of felony or fifth-degree drug possession last year for failing to provide proof of insurance and driving with expired tabs. Ko received one year of probation and an adjudication stay on the drug charge, which means he will be dismissed if he complies with a number of court-ordered conditions. However, he failed to do so, then missed the April 14 court hearing, court documents show.

Ko’s criminal history includes convictions for receiving stolen property in Yellow Medicine County in 2017 and for fleeing a peace officer in addition to a motor vehicle in Ramsey County in 2018.

Hastings: Pursuit Ended or Crash. 61 @ Kings Cove. The driver left for the forest on foot. The PD is requesting medicines for the 2 children in the injured vehicle. pic.twitter.com/Va8AgHrRQI