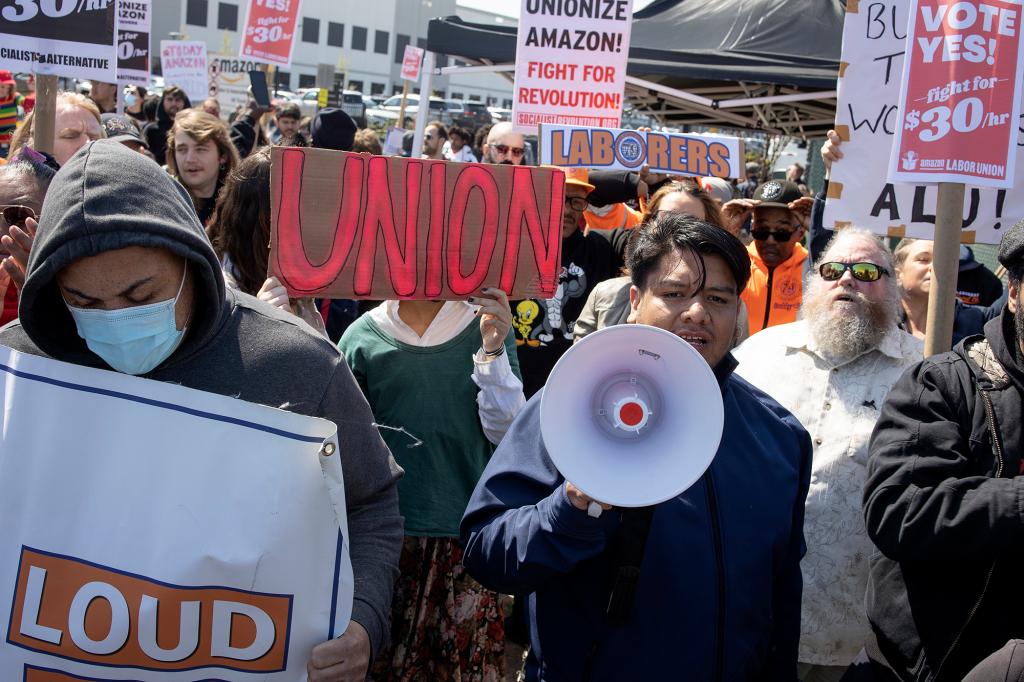 Amazon employees looking to organize a labor union are accusing the e-commerce giant of trying to disrupt their efforts with tactics that have included firing employees and trumped-up trespassing charges. But calling the police.

Matt Littrell, 22, told The Washington Post that he was nearly arrested earlier this month outside the Amazon facility where he works in Campbellsville, Kentucky.

He claimed that Amazon told police that trespassers were on company property during a pro-union demonstration, but when police arrived they determined Littrell was not violating any laws.

“We were completely within our rights to be there,” Littrell told The Washington Post, the newspaper owned by Amazon founder Jeff Bezos.

Littrell filed a complaint with the National Labor Relations Board accusing Amazon of illegally intimidating unionizing workers. Amazon has denied the allegations.

“Like every company, we have basic expectations of employees at all levels of the organization when it comes to attendance and performance, safety and personal conduct,” an Amazon spokesperson told the Washington Post.

“Whether an employee supports a certain cause or group does not factor in the difficult decision of whether or not to let someone go. The allegations described in this story are unfounded, and we look forward to showing that through due process.” .

The NLRB regional office in Phoenix is ​​the site of a hearing Monday seeking to invalidate the results of an election among workers at a Staten Island warehouse earlier this year.

Some 55% of workers polled at Amazon’s JFK8 warehouse in Staten Island opted to join the Amazon Labor Union, which has demanded higher wages and job security. Since the result, US workers from another 50 buildings have contacted the union, the group’s leader has said.

Amazon claims the vote should have been thrown out because union members used intimidation tactics against their allies.

There are unionization efforts at Amazon facilities in Bessemer, Ala. Workers at a second Staten Island warehouse voted against unionization last month.

Since the victory of the Amazon labor union in Staten Island, more than half a dozen Amazon employees claim they were fired for a labor-related event.

Pat Cioffi, a labor organizer who worked at JFK8, said he was fired for pro-union activity. Amazon denies this. The company claims that he was fired for verbally and physically assaulting a female manager.

Four Amazon workers in Queens said they were fired for “opposing the terms and conditions of employment”.

Joy Desatnik, an Amazon worker from Cleveland, alleged last month that she was terminated by Amazon for “discouraging union activities and support among her fellow employees.”

Raquel Johnson was fired from an Amazon job in Chicago because he “joined or supported a labor organization.”

But Amazon denies those allegations. The company claims that Desatnik was let go for resisting a safety check, while Johnson was terminated for “a serious safety breach that involved jamming an object into a conveyor belt to halt production.” was.”