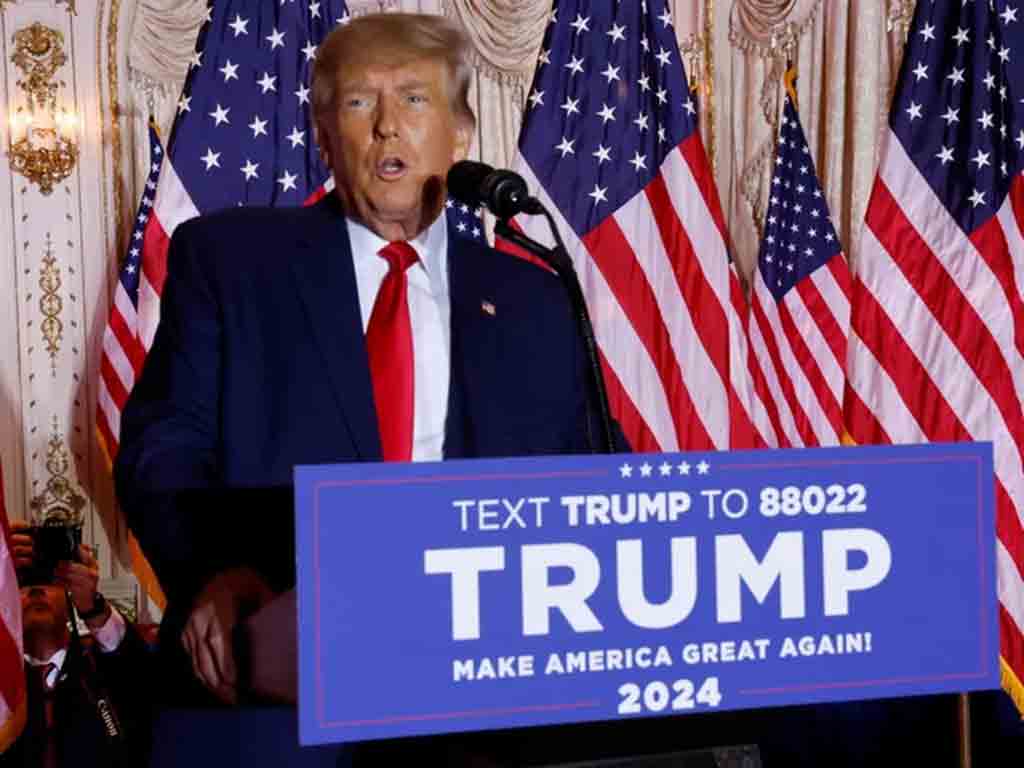 Washington. Former US President Donald Trump’s announcement of his candidacy for the (2017-2021) White House today created a divide within the party between his Republican supporters and those who thought he should stay out of the limelight.

Representative Marjorie Taylor Green praised the decision ahead of the official notification at an event at the former president’s Mar-a-Lago mansion, and wrote on her Twitter account: “My full support to President Trump as our Republican nominee in the 2024 election.” support”.

Conservative congressmen Troy Nahls and Andy Biggs also reaffirmed their support for the tycoon, with the former sharing a clip of Trump on social media saying: “America’s comeback begins now.”

Meanwhile, Senator Lindsey Graham praised the political strategy used by the former president in his announcement.

The headline on Twitter read, “If Trump continues this tone and consistently delivers this message, he will be hard to beat.”

Specifically, the lawmaker commented on how the New Yorker contrasted his policies and results against the Joe Biden administration in his speech, which “paints a path to victory for him in the primary and general elections,” he noted.

However, according to The Hill newspaper, other Republicans, including retired governor Larry Hogan of Maryland and Asa Hutchinson of Arkansas, rejected the candidacy and predicted it would fail.

“It is not foolish to double down after losing. It’s a gift to the Democrats. It’s time to turn the page,” Hogan said.

For his part, Hutchinson believed that red symbols “are a better choice” for the party’s candidates in the next cycle of presidential elections, and criticized the former president’s character.

“Trump is right about Biden’s failings, but his self-indulgent, anger-fueled message hasn’t changed. It didn’t work in 2022 and it won’t work in 2024,” the governor said.

Farah insisted in a tweet, the tycoon is “wholly unfit for office and a clear and present danger to democracy.”

Trump last night announced his candidacy for the Republican presidential nomination in 2024 to “make America great and glorious again.”

The campaign comes at a time when the former president has endorsed a number of figures who have denied the results of the 2020 presidential election, losing the November 8 midterm elections in the United States.

His party was unable to win a majority in the Senate, and still hoped to control at least the lower house of Congress.