America has lost the chip war. In order not to lose design, it will follow in the footsteps of China and Korea 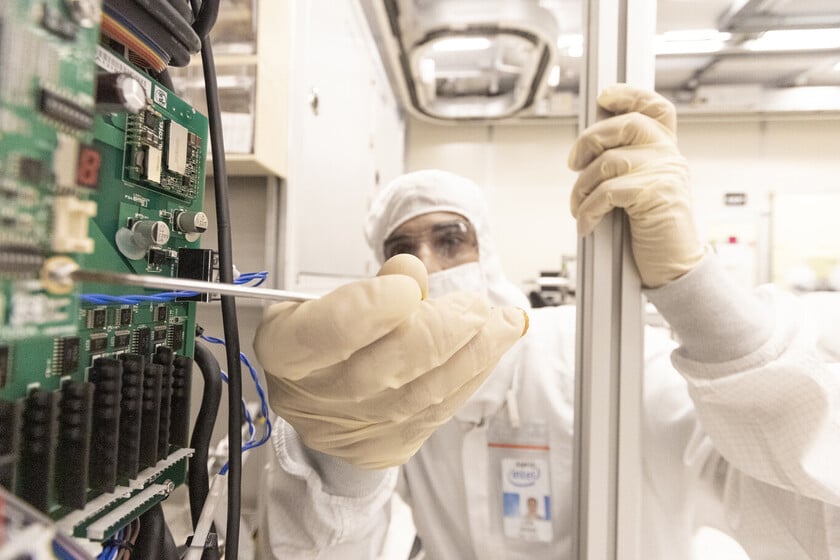 The semiconductor manufacturing industry is strictly led by TSMC. This Taiwanese company currently has a monopoly 54% of the chip market, and behind that, although by a great distance, Intel and Samsung both made their way with an estimated share of 17%. These figures reflect an unassailable reality: TSMC’s current profits are insurmountable.

These three companies have the most advanced photolithographic equipment, which uses extreme ultraviolet (UVE) technology, manufactured by the Dutch company ASML. These highly complex machines use components from other countries, such as ultraviolet light sources from the American company Cymer, or optics from the German ZEISS, best revealing the multinational nature of current lithographic equipment.

Still, none of this tarnishes TSMC’s leadership. And it’s that it not only manufactures many more integrated circuits than any other semiconductor company; is also most advanced technologies, In fact, it will launch the N3E node in 2023. It is clear that the United States has lost the chip production war, and does not want to lose the design war either, although it will not be easy.

Unlike Intel, which designs and manufactures its own chips, AMD, NVIDIA, and Qualcomm “only” design their own integrated circuits. These three American companies are mostly provided with manufacturing services by TSMC, which reinforces the latter company’s leadership in semiconductor production. Still, chip design itself brings a lot of value to the industry, so much so, in fact, that the US doesn’t want to lose the hold it still has in this area.

A report produced by SIA (semiconductor industry association), the organization that brings together US semiconductor makers, and consulting firm Boston Consulting put a sobering statistic on the table: the combined market share of US companies devoted to chip design has fallen 4% In only six years. It has gone from 50% they had in 2015 to 46% in 2021. This may not sound like a lot, but if we transfer this figure to income, it is probably a huge number.

In any case, in its report, the SIA is concerned that these figures point to a trend that may intensify in the coming years. And if so, the United States could lose its leadership in chip design as well, as it already has in semiconductor manufacturing. According to SIA, China and South Korea are the competitors to beat, and the strategy proposed by this American organization to follow is exactly the same as those two Asian countries have already implemented.

What US chip makers are demanding is quite simple, more help from your government, According to SIA, its Chinese competitors including SMIC and South Koreans like Samsung are already receiving very strong support from their respective governments. The report does not explicitly indicate this, but suggests that this support should be primarily economic, though not limited to financial support for the companies involved.

The ‘Chips and Science Act’ program approved by the US Congress this year envisages delivery of $52,000 million to chip manufacturers, but says nothing about integrated circuit designers. SIA hopes to change that. And he asks that these final companies receive between $20,000 and $30,000 million in investment during this decade, as well as between $15,000 and $20,000 million in credit facilities. Otherwise, SIA warned: the United States will also lose in this war.