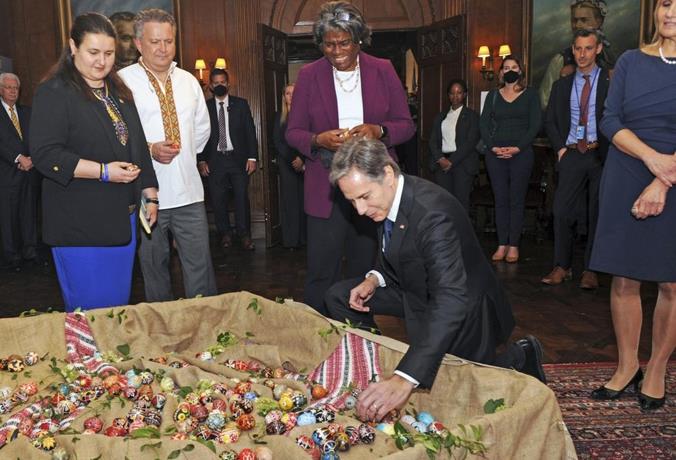 On Wednesday, the United States government accused 60 officials and former government officials from El Salvador, Honduras, Guatemala and Nicaragua, as well as judges and prosecutors in those countries, of corruption.

Secretary of State Antony Blinken, in a statement of “significant corruption”, accused these men of trying to obstruct investigations into this regard and of undermining their countries’ democratic processes and institutions.

Therefore, Blinken said that they contribute to “irregular migration and destabilization of societies”.

corrupt
The individuals were included in the so-called “Engel list” of corrupt and anti-democratic actors who would be denied entry into the US and would not be able to obtain visas to travel to this country.

Unlike last year’s list, where there was no Nicaraguan, this year the US included 23 Nicaraguan judges and prosecutors.

There are also 6 Salvadorans, 16 Guatemalans and 15 Hondurans.

Some of the Guatemalan Supreme Court justices mentioned are Justices Neri Osvaldo Medina Mendez and Vitalina Orellana y Orellana; Against the head of the Special Prosecutor’s Office for Impunity (FECI), Rafael Curruchiche, and the director of the Victims’ Institute, Alejandra Carrillo.

The registry of names was issued in compliance with the “Enhanced Engagement Act between the United States and the Northern Triangle”, which was approved in December 2020 and now promoted by former Democratic Congressman Eliot Engel and is the second of its kind. The list is what it disseminates. US government.

Blinken said in his note that “the citizens of Central America deserve and expect governments that respect their human rights, obey the law and create conditions for individuals and communities to thrive.”

“USA. Will continue to cooperate with officials and organizations showing dedication to fighting corruption and strengthening democratic governance.”

Eliot Engel.
In 2019, the ‘Engel List’ came out at the initiative of former Democratic Congressman Eliot Engel of New York.

Engel proposed legislation to “support the people of Central America and strengthen the national security of the United States by addressing the root causes of migration from El Salvador, Guatemala and Honduras”, reads the summary of the law. Since the approval of the law by the plenary session of Congress on December 22, 2020, it has been up to the Secretary of State and the machinery of the State Department to investigate to comply with the mandate to include those figures in those three countries. Expand. For acts of corruption or attacks on democracy.

Will the Avada Kedavra Mantra Be in Hogwarts Legacy?