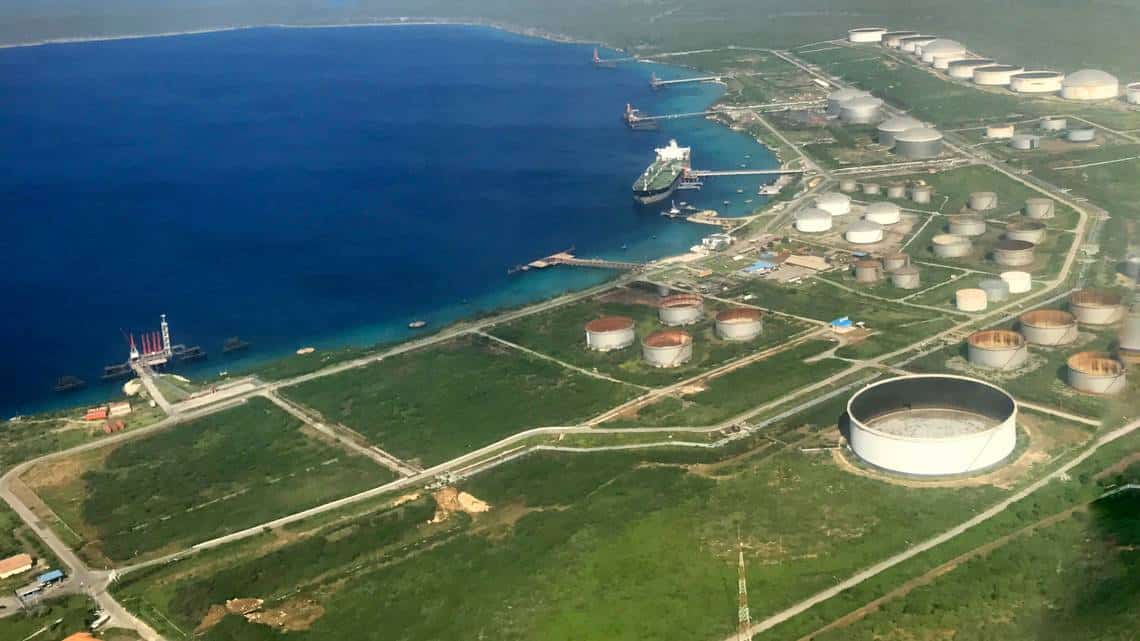 A Houston-based company and another owned by two US citizens help Venezuela evade US sanctions and secretly transport millions of dollars worth of oil products overseas on Iranian-made tankers, according to information obtained by The Associated Press. appears.

The efforts to evade sanctions revolve around a defunct refinery and attached oil terminal on the Caribbean island of Curacao, which until 2019 was a major maritime transportation hub for Venezuelan oil company PDVSA.

On 28 September, the Togolese-flagged ship Colon unloaded 600,000 barrels of fuel oil at the Bullenbaai terminal, which is operated by the state-owned Curacao Refinery in partnership with a new company, Caribbean Petroleum Refinery, owned by the two companies. Dual Nationality: Venezuelan and American.

The parastatal company published a press release in which it described Colon’s arrival as a “historic moment”, noting that it was the first delivery for the reactivated terminal, which is capable of storing up to 7 million barrels of hydrocarbons. .

Although the statement did not specify the origin of the fuel oil, the Iranian-built vessel has operated exclusively between Venezuelan ports over the past year. Vessel tracking data shows that two days before arriving in Curaçao, Colon was loaded at the port of Amuay, where Venezuela’s largest refinery is located.

The shipment would clearly be a violation of the substance – or even the law in a strict interpretation – of the sanctions that the United States has imposed on Venezuela since 2019 with the aim of ousting Venezuelan President Nicolás Maduro from power.

As the West rejects Maduro’s socialist government, PDVSA has had to resort to increasingly complex transactions to ship oil produced in Venezuela, which has the world’s largest reserves.

But until now, many of those transactions involved Russian oligarchs buying oil at heavily discounted prices in cryptocurrency, using front companies in places like Hong Kong and switching off their transponders to avoid detection by US authorities.

In contrast, Curacao, whose foreign relations are controlled by the Netherlands – a staunch US ally – has strictly adhered to US sanctions and even went unsold once its lease on the refinery expired in 2019. Seized PDVSA inventory. Expelled from Venezuela.

Curacao officials may be betting on a looser application of sanctions by Washington, said Marshall Billingsley, a former senior Treasury Department official who helped draft the current sanctions. During the administration of former President Donald Trump, the United States froze the assets of more than 140 of Maduro’s close associates and also threatened retaliation against non-US companies trading in Venezuelan crude.

In contrast, President Joe Biden has not imposed additional sanctions on Venezuela since taking office and has promised to ease existing penalties if Maduro takes significant steps toward free and fair elections.

Billingsley said, “They are violating sanctions because they know there will be no consequences with this government.”

The US Treasury Department, which enforces the sanctions, did not immediately respond to an email seeking comment.

The sanctions stipulate that Americans and US companies are prohibited from doing business with PDVSA.

Opinions | Who Believes in Democracy?

Biologic drugs continue to be the rheumatological treatment of choice