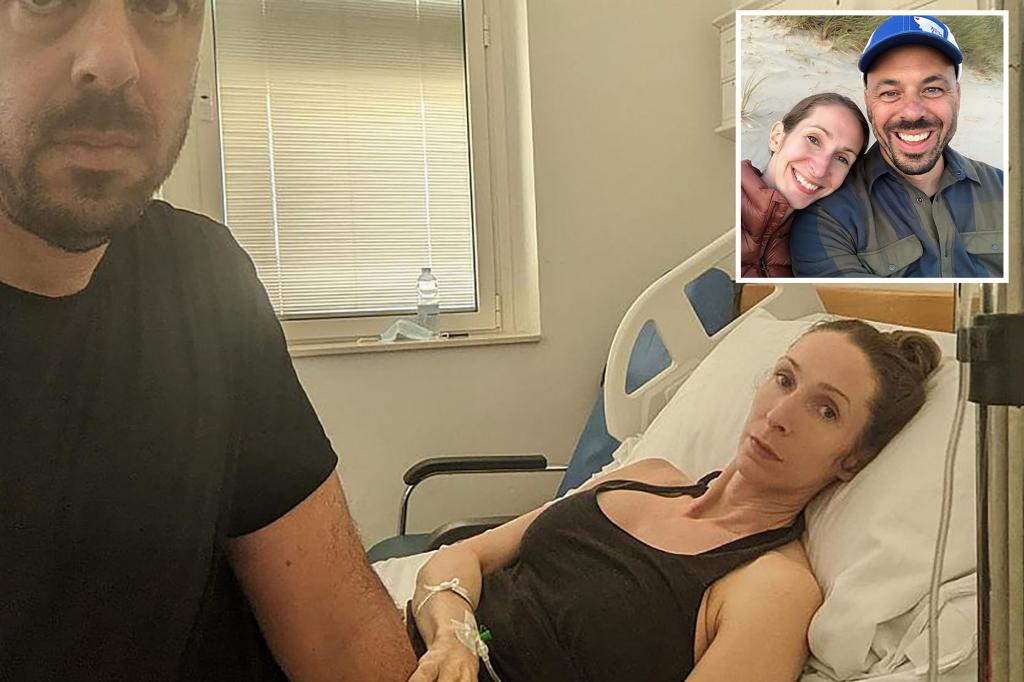 Doctors on the picturesque Mediterranean island of Malta have been accused of “playing chicken” with the life of a frightened American tourist whose life hangs in the balance.

Andrea Prudente and her partner Jay Wildryer were vacationing on a Catholic-majority island south of Italy when Prudente suffered a miscarriage.

The American woman, who is 16 weeks pregnant, was taken to the hospital with heavy bleeding. According to doctors, the child was fine, but things quickly deteriorated.

A day later, Prudente’s water broke, and an ultrasound showed that the placenta had partially separated from the uterus.

The baby still has a heartbeat, but doctors say he has “no chance of survival” because there is no amniotic fluid left.

In their home country of the United States, a couple could terminate a pregnancy, but Malta is the only country in the European Union that imposes an outright ban on this practice.

Thus, the only way out for the couple is to wait until the child’s heart stops beating. In the meantime, however, there is a very real risk that Prudente could fall victim to a life-threatening infection while she waits.

“She is terrified,” said her partner Jay from the hospital.

“It seems that a cruel and unusual punishment is being imposed on an innocent woman.

He worries that she won’t survive something like sepsis, saying, “They’re playing chicken with their mother’s death.”

The couple’s insurance company tried to get them out of Malta to where doctors would be willing to intervene.

But Wildryer says her risk of mid-air miscarriage and possible complications has left no one willing to take them.

“Maybe we can get mercy or mercy from Malta, that would be the best. Assuming this can’t happen, we hope she survives the flight,” he said.

Malta completely bans abortions, even if the fetus has no chance of survival.

Member of Physicians by Choice, GP Natalie Psaila confirmed the details of the US couple’s case, citing medical records.

She told AFP the fetus had “no chance of survival” as there was no amniotic fluid left, but told the mother, “This situation is very dangerous.”

“If she gets worse, the doctor will consider breaking the law (and risk getting four years in prison) and terminate the pregnancy.”

The risk Prudente faces is very real. In 2012, 31-year-old Irish woman Savita Halappanavar died of sepsis after a miscarriage after she was denied medical abortion.

Her death outraged public opinion and led to a change in the law.

There is no good way out for Weeldreyer and Prudente.

Hearing the baby’s heartbeat, “your heart kind of jumps because you’re happy it’s still there, you think what a little fighter,” Weeldrier said.

“Then reality hits that no matter how much of a fighter she is, she can’t win.

“And in fact, the longer she goes on, every day she puts her mom at really serious risk.”

The couple speak out in the hope that the authorities will change their minds, but also in gratitude to the campaigners who helped them and to expose what Weeldrier sees as a heartless law.

“You have to be a rather heartless person to hold such a position. I think they should be ashamed,” he said.

The Maltese government has not yet made any official comments on the case.

Dr. Psaila noted that, despite all the risks, Prudente has the opportunity to fly away from Malta.

“Maltese women don’t have that option,” she said, adding that in the current legal situation, this cannot continue.

Dr Lara Dimitrievich, a lawyer from Malta and chairman of the Women’s Rights Foundation, told the BBC she has been fighting the law for years.

“The general practice is that doctors either allow the body to expel the fetus on its own, or – if the patient becomes seriously ill and develops sepsis – then they will intervene to try and save the mother’s life.

“We know that on average there are two or three of these cases every year, but after Andrea went public with her story on social media, we started to see many more women come forward and share their experiences.”