Americans in Ukraine ‘should leave now,’ no evacuation in works: White House 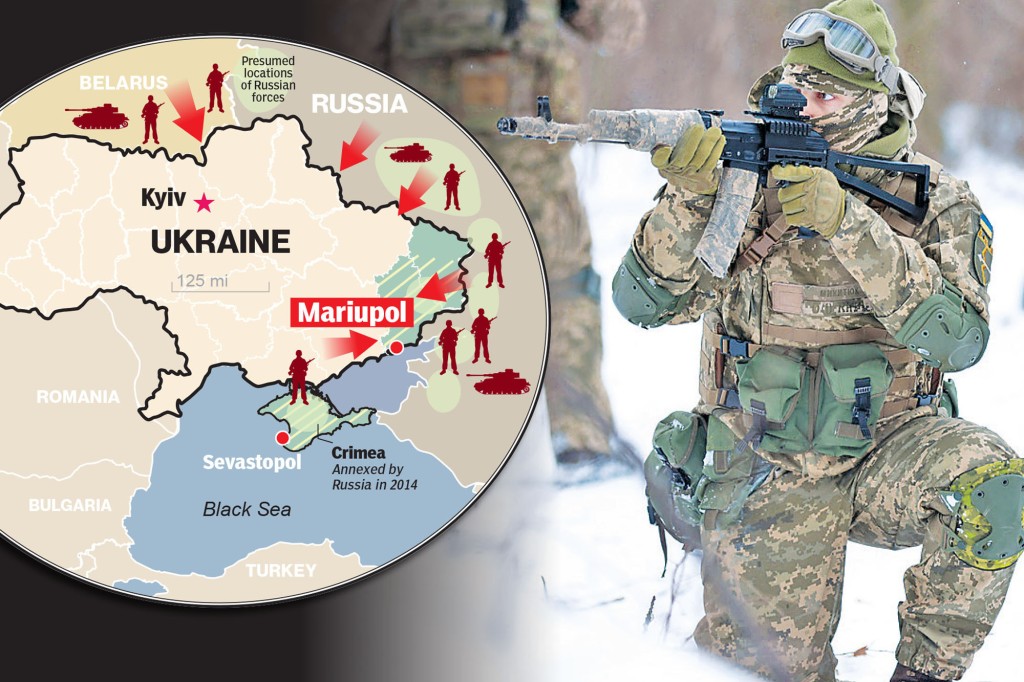 White House press secretary Jen Psaki said Monday that US citizens in Ukraine “should leave now” and reiterated that no organized evacuation effort is planned should Russia invade the Eastern European nation.

Psaki said at her regular press briefing that there would be no repeat of the frantic August airlift that took place at the Kabul airport when the US pulled out of Afghanistan.

“Under what circumstances would we evacuate American citizens and diplomats from Ukraine and can that be done without the US military?” a reporter asked Psaki.

“There is not an intention for there to be a departure or an evacuation along those lines,” Psaki replied. “So we are conveying to American citizens they should leave now. And in fact, there’s not precedent beyond Afghanistan for that to be how it operates.

“I just want to be clear,” another reporter followed up later in the briefing. “If Americans are still in Ukraine and things start happening with Russia, are they pretty much on their own?”

“We are conveying very clearly now that now is the time to leave and that there are means to do that,” Psaki repeated.

“Of course, there’s commercial airlines, you can depart over land. There’s obviously the embassy there to provide assistance. And this is very similar to what we did in Ethiopia, Kazakhstan and many other countries over the course of the last several decades. But there is not an intention or a plan for any military evacuation.”

Over the weekend, the State Department ordered the family members of all American Embassy personnel to leave Ukraine, a move that Kiev’s foreign ministry described as “premature.”

“There are 129 diplomatic missions in Ukraine,” tweeted Oleg Nikolenko Monday. “Of these, only 4 have declared the departure of the family members of personnel: US, UK, Australia and Germany. The rest … have not expressed their intention to follow such premature steps.”

Nikolenko added in a follow up tweet that while he was “[g]rateful to our international partners for their solidarity with Ukraine,” it was “extremely important to avoid activity that could be used in the information space to increase tensions in society and destabilize the economic and financial security of Ukraine.”

A few minutes after Psaki’s briefing, the Pentagon announced that up to 8,500 US forces had been placed on “heightened alert” in case they are needed to deploy to Eastern Europe as part of a 40,000-strong NATO Response Force.

The US and its European allies say Russian President Vladimir Putin has massed up to 100,000 troops near the border with Ukraine. The White House alleged earlier this month that Russia may stage a “false flag” attack on its own forces to provide a justification for war.

President Biden indicated last week that a “minor incursion” would result in less-severe penalties for Russia due to disagreement among NATO countries — horrifying Ukrainian officials who said the remark could give Putin a “green light” to invade.

Putin has demanded that NATO rule out ever accepting Ukraine as a member. Ukrainian President Volodymyr Zelensky wants his country to join the alliance formed to counter Moscow during the Cold War.

When Biden was vice president in 2014, Russia invaded the Crimean peninsula and then annexed the territory from Ukraine following a disputed referendum. Putin’s government also allegedly supports a pair of pro-Russia breakaway states in eastern Ukraine.

In Bob Dole’s hometown, Kanzans mourn a man and his political style