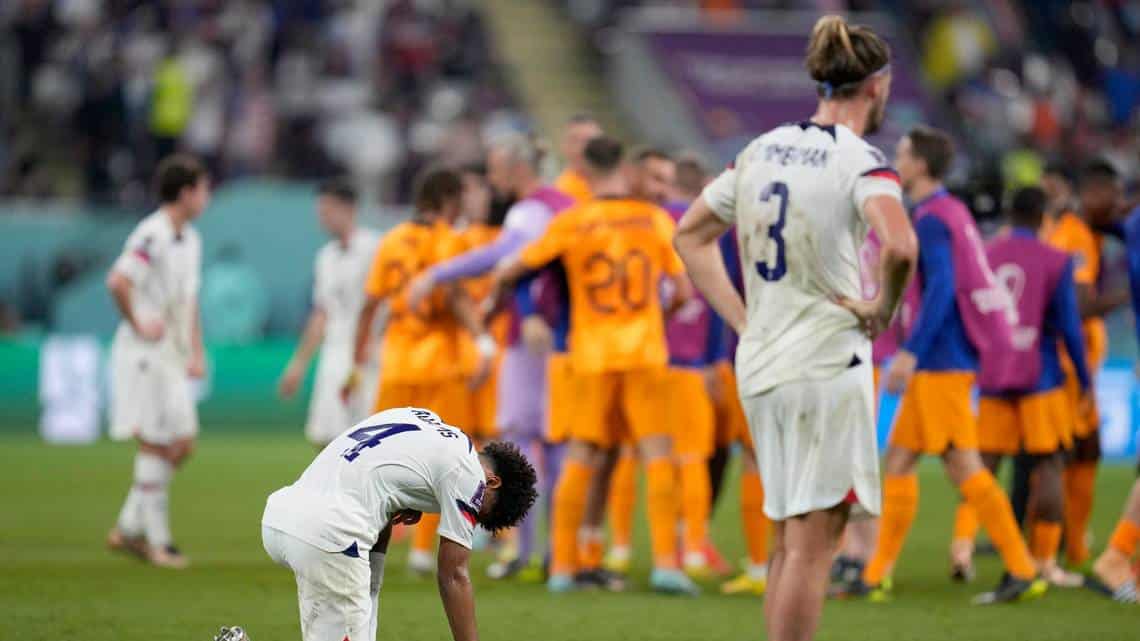 American soccer’s success in the World Cup remains a dream.

Although it produced a better image in Qatar, the result was the same as in 2010 and 2014. The United States were knocked out of the tournament in the round of 16 after losing 3-1 to the Netherlands on Saturday.

“We have shown that we can compete with top-tier teams and we want to change the narrative because we feel that clearly there hasn’t been enough respect over the last few years for American football and the way we play.” said midfielder Weston. McKennie: “I think we’ve achieved something in this World Cup.”

Expectations were high for a team with a young core of rising stars playing in some of the best European leagues.

No country from Central America, North America or the Caribbean has advanced to the semi-finals since the United States did in the first World Cup in 1930.

After draws with Wales and England, a 1–0 win over Iran gave them a knockout stage ticket, which was the minimum to avoid a resounding failure. The loss in the first round was a disappointment considering the expectations generated by the rebuild under selector Greg Berhalter.

Berhalter was hired in December 2018 from the Columbus Crew of MLS on the recommendation of Ernie Stewart, the federation’s current sporting director.

Berhalter took 14 months off, only to sit out Russia 2018 after the United States lost to Trinidad and Tobago.

His contract, which expires this month, paid him $1.29 million last year, according to the US Federation. Berhalter has a record of 37 wins, 11 losses and 12 draws.

After the loss to the Netherlands, Berhalter declined to say whether he would continue in office.

“In the next few weeks, when I clear my head, I will sit down and think about what’s next,” he said.

“We didn’t qualify for the last World Cup and now we are in the last 16. We have definitely made a lot of progress. “But I don’t want to feel that way again, we want to be in a position to win tournaments like this.”

The central defender and forward positions were the most volatile in the cycle that ended. Defenders Myles Robinson (25) and Chris Richards (22) missed the World Cup due to injuries.

Gabriel Slonina, an 18-year-old goalkeeper who will join Chelsea next year, was seen as the best prospect. Branden’s brother, midfielder Paxton Aaronson, 19, will play for Eintracht Frankfurt. Ricardo Pepi (19) was left out of the final list after scoring three goals in qualifying.

More than a dozen U20 players have signed with European clubs, although most have not linked up with the first team. It is difficult to judge whether one will be successful or not. For every Pulisic and Reyna, there are 10 or 20 players who don’t cross.

The CONCACAF Gold Cup will be played from June 26 to July 16 and most players playing in Europe will have to be available. With the United States qualifying for the 2026 World Cup as hosts, the Gold Cup will be one of the few opportunities to field a full team for competitive-level matches.

Omicron advances return to US schools and workplaces