Andres Vicente: “Ericsson will be in Spain for the next 100 years, but it will require adaptability”

Few companies can claim to have celebrated 100 years in Spain. And even less if it’s a technology company. For this reason, being able to is a source of satisfaction for Ericsson Celebrate its first centenary in our country this Monday, December 5, 2022, A century marked by “endless successes”, but also by “difficult” phases in which the firm learned how to adapt to the needs and challenges faced at all times.

Andres Vicente joined Ericsson Iberia as CEO almost a year ago After working for Vodafone for more than 25 years. The manager took over the reins of the Swedish multinational’s subsidiary in Spain and Portugal at a pivotal moment for the industry, as it marks the start of 5G deployments.

a technology on which is based the current process of digital transformation that is being experienced by all economies globally, but which is also allowing the company Consolidating its position as the leading provider of telecommunications in Spain,

In an interview with EL ESPAÑOL-Invertia on the occasion of Ericsson’s centenary celebrations in Spain, Vicente cannot hide his pride in being able to lead the company at this special moment and represent the thousands of workers who have been a part of these years and who have contributed to its success.

In addition to reviewing what these first 100 years of the company have been like in Spain, Vicente is also convinced that Ericsson continues to have a bright future in Spain. ,Ericsson will be in Spain for another 100 years”, assures, A trust that is based on the keys that have allowed the company to continue in our country after a century of work, such as its commitment to innovation or its ability to adapt.

146 years old Swedish company Ericsson Arrived in Spain on December 5, 1922 For the purpose of obtaining a national license to operate communications in the country, a hundred years ago the same people who manufactured telecommunication equipment were also in charge of operating those communications.

Eventually, the license went to a different company, which was nationalized and became what Telefónica is today. So a peculiar situation arose in Spain, in which Provider (Ericsson) is older than subscriber (Telefonica)A company that will celebrate its centenary in Spain in 2024. 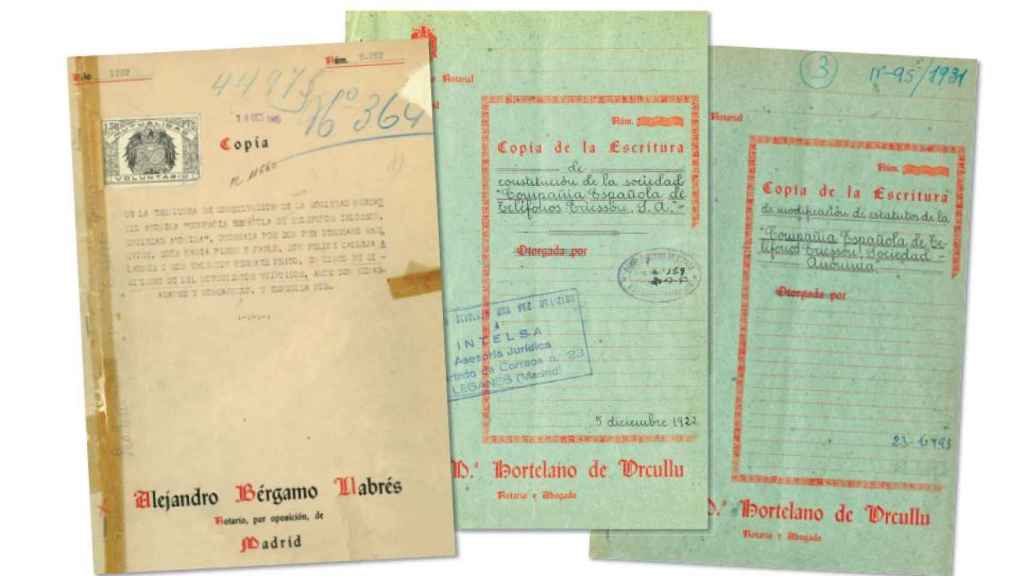 Articles of incorporation of the Spanish telephone company Ericsson S.A. in 1922 and a change in statute in 1931.

Even then, Despite not receiving this license, the Swedish company saw potential in the Spanish market and decided to stay., “At that point we did everything,” says Vicente. Among other projects, he worked for the Ministry of Defense or set up a factory in Getafe (Madrid), where he developed everything from electrical components to automobile components.

Even then, Its main business has always been related to communications, for example with the manufacture of telephones or switchboards., In fact, in 1926 he won Competition for the automation of the telecommunications infrastructure of the municipal urban network of San Sebastián, the only provincial concession that remained outside the national monopoly. 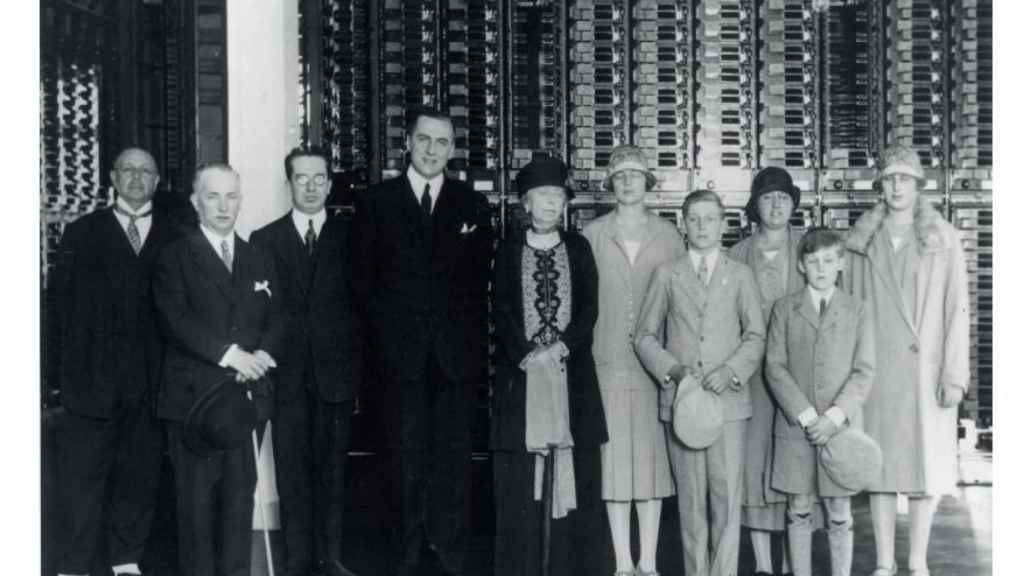 Inauguration of the San Marcial Power Station (San Sebastián) in the first automated network in Spain. In the image, presiding over the act, the Queen Mother Doña Maria Cristina and the infants Doña Beatriz, Don Juan, Don Gonzalo and Doña Cristina in 1926.

In these 100 years, Ericsson, like any other company, has experienced “glorious” moments and others not so good. Vincent explains The years after the Civil War were one of the most difficultA complex economic situation, with weak internal demand and high levels of protectionism forced companies to obtain a national manufacturer’s license to avoid the very high tariffs of the time.

Nevertheless, he insists that The 1940s was one of the moments in which research and development in Spain was most promoted and in which “wonderful things” were done. For example, Ericsson recorded in that decade Various tools for handset, illuminated pushbutton or drilling rail. “When markets get tough, creativity shows up,” he comments.

As far as the good times go, Ericsson’s CEO in Iberia confirms that they are “infinite”. For example, the installation of its AX exchange for Telefónica in 1980, the technical deployment on the occasion of the Barcelona Olympic Games, End of monopoly in telecom sector with birth of Airtel or Ameena Trust to the company in 1998 to set up a turnkey network.

Another milestone that he is particularly proud of is Opening its first R&D center in Spain in 1984, which became a “Global Center” in 2002 and began to develop “key” solutions in Spain that are distributed worldwide, such as the core (‘core’) of 5G networks or the HLR (Home Location Register), the database that manages the information of all subscribers connected to mobile does the network. 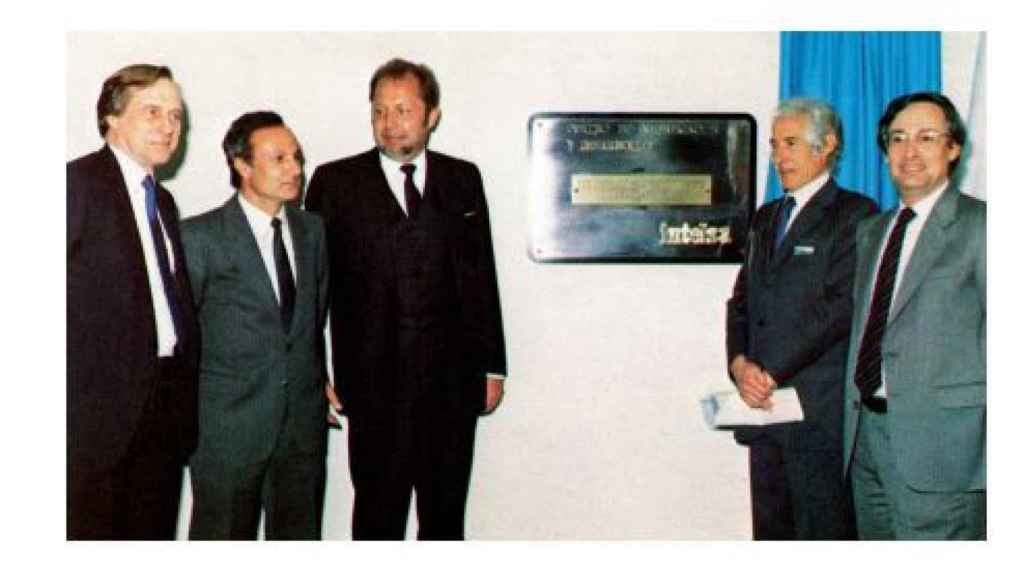 Inauguration of the R&D center in Madrid in 1984.

nowadays Ericsson creates 2,300 direct jobs in Spain1,000 of which are in one of the company’s three R&D centers in Madrid, Malaga and Barcelona. In addition, Vicente says that the induced employment accounts for about 10,000 people who work exclusively for the technology company.

With regard to relations with its customers, it confirms that Ericsson is probably the only provider that has worked with all companies which operates the telecommunications network in Spain, meaning it has a “significant” market share and is the leader in both the radio part of the network and the core. 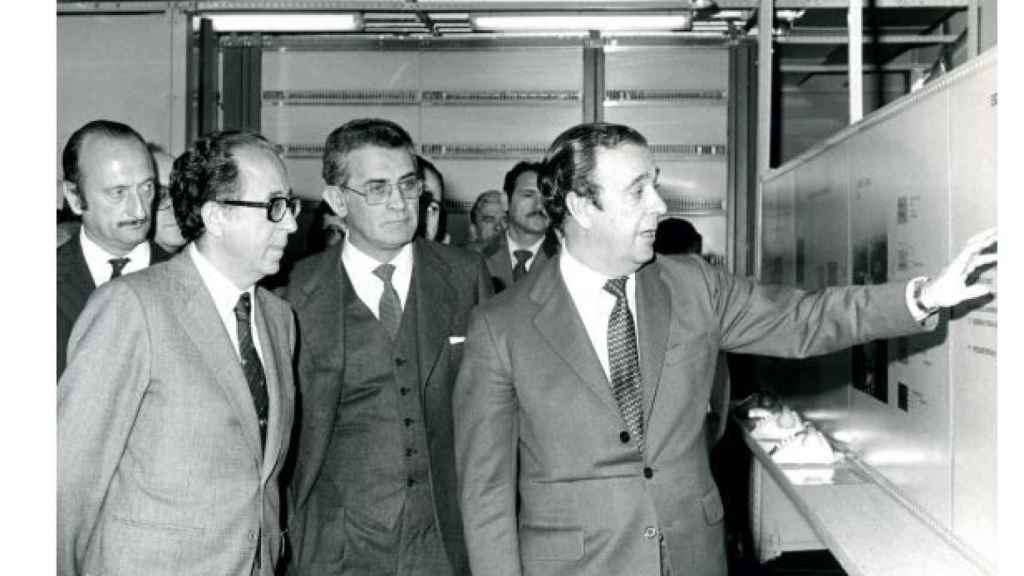 Inauguration of the AX power plant in Madrid Atocha in 1980.

Asked about why Spain has been a relevant market for Ericsson for over a century, Vicente pointed to three reasons. is the first To be able to find a partner like TelefónicaOne of the big operators worldwide, with a solid presence not only in our country, but also in other economies such as Germany, the United Kingdom, Brazil or Latin America.

another reason is Quality and “creativity” of Spanish engineers, which make the country a good place for R&D. is the third Ericsson Spain’s ability to adapt to the flow and the times, Something, he assures, is not only the result of the company’s own resilience, but also of an effort by the government and the existence of a framework that has always welcomed the presence of multinationals from an R+D point of view.

After celebrating a centenary in Spain, the company is “more than optimistic” about its future in the country. “Once you complete 100 years you don’t see the last year. Certainly we believe so We will be there for another 100 years, but it will require the ability to adapt.”Vincent says.

Managers recall that 70% of Ericsson’s business currently depends on its activity in the field of mobile telephone networks, a product that is not even 40 years old. “We say so ourselves We do not know what leaders we will be 100 years from now.But what we are convinced is that it is firmly in line with the business to lead, with a very significant R&D effort”, he stressed. 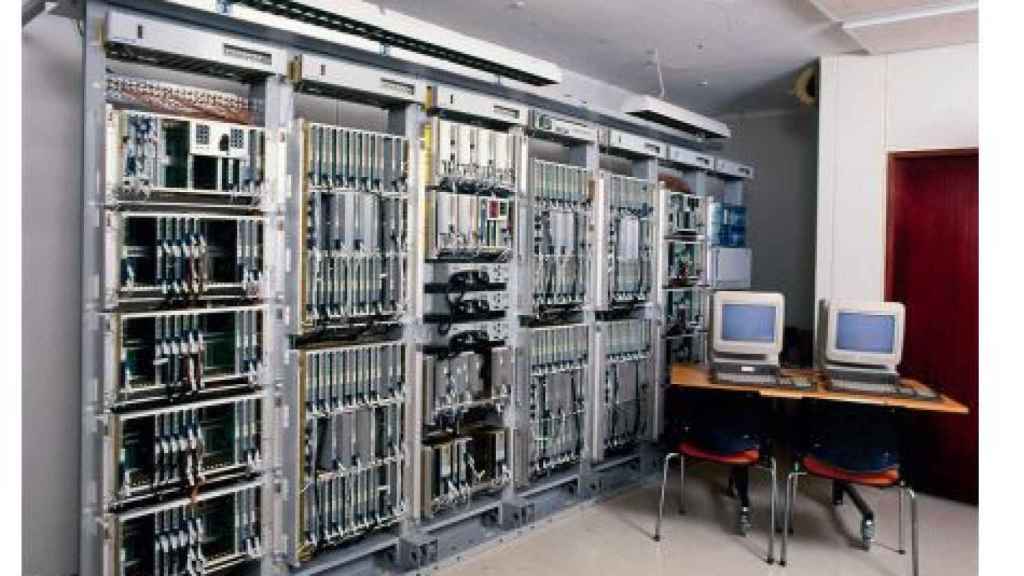 The test area of ​​an AX Systems switching center in 1982.

In this sense, he stressed that it would be a “clear commitment” to innovation that would ensure that Ericsson is in our country for at least another century. ,with which product? I don’t know, but Ericsson will undoubtedly be here in 100 years“, he assures.

In the short term, 5G will be the main driver of Ericsson’s growth, a technology that has “extraordinary projections” and that will be “the engine of innovation for the next ten years”. Adoption of the fifth generation of mobile telephony is two years ahead of 4G and is expected to already have more than 5,000 million users worldwide by 2028. 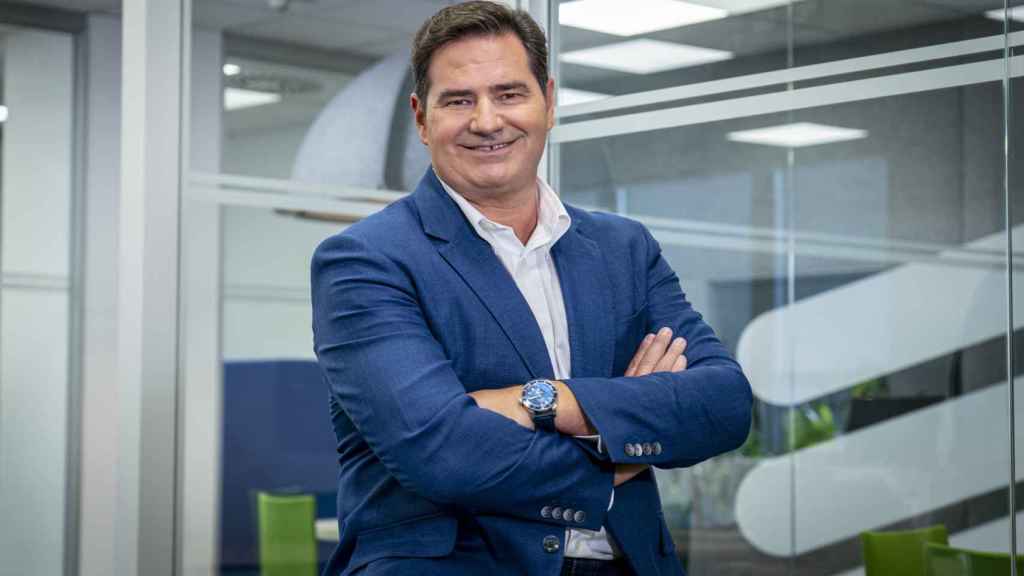 However, Vicente admits that in Spain, as well as in the vast majority of European countries, 5G is “unfortunately further behind” than all players in this field would like, Thus, he warns that Europe cannot repeat mistakes like 4G, when it became a user of a technology that was developed in other big markets: China and the United States.

“What do we care about Europe cannot remain a simple market. You can’t be the arbiter looking at the two big tech competitors, Referees don’t win any games because by definition they don’t compete,” he says.

However, he believes that Spain and the Old Continent have time to rectify this situation, but to do so An “extra push” is needed in the form of public incentives, Thus, he has praised the Spanish government’s commitment towards 5G, placing it as one of the pillars of the recovery program with a specific clause.

but he assured Additional public investment of 1,400 million euros supported by European funds The recovery could boost 5G deployment in Spain, with the private sector expanding this investment effort to eight. According to Vicente, with “a little more” a “gap framework” can be created so that Ericsson and the region can continue with their commitment to building a “better, more productive, greener and more sustainable society”.

What will the Senate’s new spending package do to fight climate change?