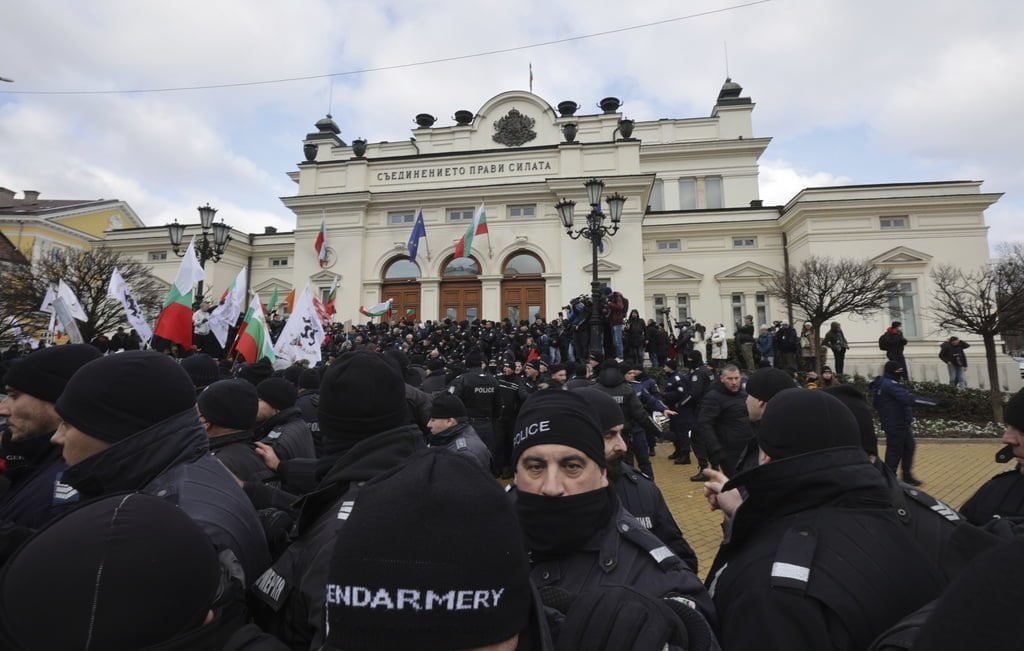 Sofia, Bulgaria – Protesters protesting COVID-19 restrictions in Bulgaria clashed with police on Wednesday as they tried to storm parliament in the capital of Sofia.

Heavy police presence prevented protesters from entering the building and some were taken into custody. Several people including police officers were injured during the clash. Eventually, the protesters were pushed back and the police laid siege to the building.

Violence erupted at a protest rally against the mask and vaccine mandate organized by a nationalist group which is fiercely opposing the Bulgarian government’s anti-epidemic measures.

“The purpose of the protest is to remove the restrictive measures and, in particular, first of all, the unconstitutional green certificate,” said Vajrazdan party leader Kostadin Kostadinov, ahead of the protest.

The nationalist group, which has 13 seats in the 240-seat chamber of parliament, has garnered support among opponents of coronavirus restrictions.

Read Also:  A heavy burden falls on the royal women of Japan

About 1,000 demonstrators, who waved the national flag and sang patriotic songs, remained on the square in front of the National Assembly, saying their demands to abolish mandatory face masks and green vaccination status passes would be met. He planned to stay there.

Bulgaria, which is facing a new surge in infections, is the least vaccinated country in the 27-member EU, with only a third of its population fully vaccinated against COVID-19.

Speaking from his home, where he is quarantined for contact with an infected person, Prime Minister Kirill Petkov called for calm and invited representatives of the protesters to his office on Friday to discuss their demands.

Biden nominates 3 to Fed board, including first black woman