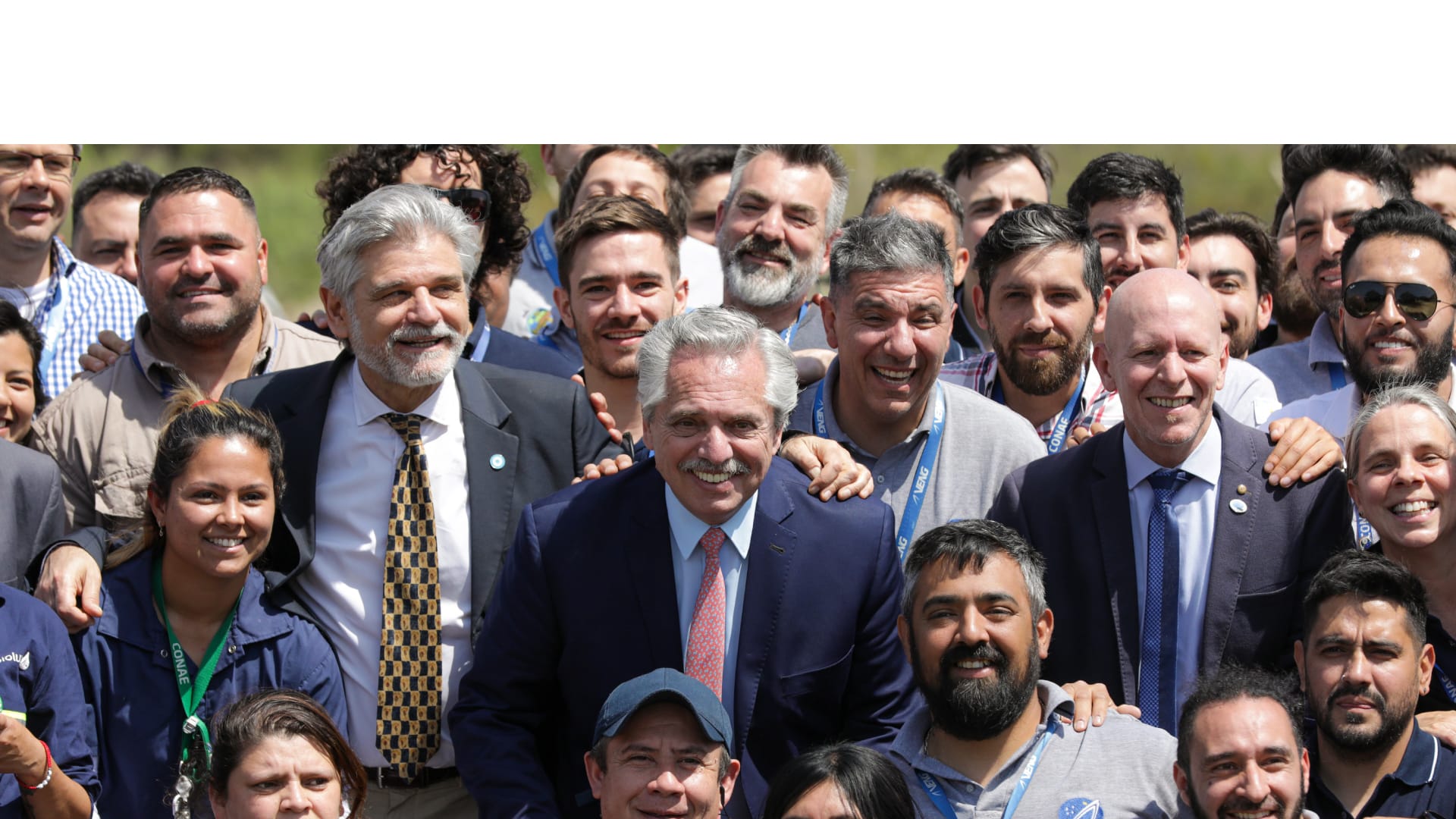 At a ceremony held at the Teofilo Tabanera Space Center (CETT) of the National Space Agency, in Falda del Cate, Córdoba Province, President Alberto Fernández, the Minister of Science, Technology and Innovation, Daniel Filmas and the Governor of Córdoba, Juan Schiaretti, presented Tronador II of Argentina. Celebrated the signing of a contract between the National Commission for Space Activities (CONAE) and the company VENG to move forward in the development of the satellite launcher, which means an investment of 9,730 million pesos for the development of a prototype and priority auxiliary infrastructure frame. The document was signed by Filmus as the Chairman of the CONAE Board of Directors, CONAE Executive and Technical Director Raul Kulichevsky and VENG President Marcos Actis.

The President expressed: “We are proud to be one of the ten countries in the world that has the capability to put satellites into orbit. The wealth of societies and nations is based on intelligence, which is why education, science and technology Investing in is investing in the future.

The head of state explained that with the development of the Tronador II project “we’re getting more sovereignty by owning more of our technology, and we’re managing to think that more satellite information allows us to live better on our land.” allows the situation to arise.

“It has all been done by Argentine men and women. This has been done by the state involving private companies. There are 50 medium and small companies that have developed the technology and are serving these projects today”, the President emphasized: “We have amazing human capital to put in the service of the country’s development”. At present, 116 professionals from CONAE and VENG are working on this project and in this new phase, it will create 300 indirect jobs.

At the start of its speech, Filmus greeted the attendees and congratulated the CONAE workers “who are the ones who make this a reality every day with their work and effort.”

Filmus said: “We can define the meaning of this fact with three words: first, pride, pride in what the intellect, work and talent of Argentine men and women can do. What we see today is sovereignty. But what is disputed is spatial sovereignty, which is related to scientific-technical sovereignty, that largely determines the future of Argentina. These 30 years of work by CONAE and the scientific-technical system and what VENG are doing We feel very proud for that. It is important that we continue to support them and keep working in that direction.”

The minister continued: “The second word is gratitude to the workers, professionals and technicians of CONAE and VENG as we know the hardships they have gone through over the past 30 years. Despite the difficult conditions, they continued to work to lift the Argentine flag high into space, and today they face a new challenge: developing the Tronador II launcher that will take our satellites and others into space as well. And that’s something that very few countries have the capacity to do.”

Following this, Filmus explained: “The third word is commitment. Today we leave the country with an enormous commitment to breaking the pendulum policies regarding science and technology. These projects are only possible with medium and long-term state policies.” That’s why the National System of Science, Technology and Innovation’s Financing Laws unanimously approved, along with other laws that the executive branch is submitting to the National Congress, of which the 2030 Science Plan, give us a long The term project for the entire Argentine society.The plan has aerospace sovereignty for the first time in ten strategic objectives.

Filmus concluded: “We promise that we will not lower our arms so that science and technology is one of the aspects that separate us from the world. We do not want Argentina to be mentioned only as ‘the bread basket of the world. ‘ Because of the great natural resources we have, the best thing is Argentina’s ability, work, intelligence and talent. This is what we have to show the world and this is what CONAE and VENG every day do”.

Meanwhile, Governor Schiaretti stressed the importance of “the academic scientific complex, the state and the private sector working together. Countries that make progress in the development of any activity are those that have the potential to join forces.”

The governor of Córdoba reflected, “Let’s continue to work together on space development, let’s continue it as state policies that address different governments and different socioeconomic contingencies.”

For his part, Kulichevsky said: “Today we are called to sign a new and fundamental contract for a development that will allow us to have our own launch vehicles to put Earth observation satellites into orbit from Argentina in the future.” to provide services to either CONAE or third parties” and thanked the President for “putting science and technology at the forefront of all developments in our country”.

The Secretary-General of the Presidency, Julio Vitobello, was also attending; The Secretary of Scientific and Technological Expression, Juan Pablo Paz, and the Provincial Minister of Science and Technology, Pablo Javier de Chiara, and Education, Walter Mario Grehovac.

The development and construction of Tronador II is part of the CONAE Space Access Program’s Satellite Injector Project for Light Payloads (ISCUL).

The launcher would put Argentina among the 10 countries that dominate the entire space cycle, meaning it would gain sovereignty in its own means and access to space from the Argentine region, and put satellites weighing 500 to 750 kg into orbit. will allow to. Distance up to 600 km from Earth.

The project included the development of the Tronador II-250 (TII-250) launcher and the TII-70 and TII-150 prototypes, which would be the models used to test and serve to test the engines that would power the launchers. will do. Take on board Thunder II-250. It is an indigenously developed and manufactured technology whose fuel is liquid oxygen and kerosene.

The contract signed today by CONAE and VENG will require an investment of 9,730 million pesos to be allocated for the development of the first TII-70 prototype and the continuation of the Satellite Injector for Light Payloads (ISCUL) project with its priority supporting infrastructure. will be allotted together.

Development is carried out at the space centers of Conai, one part at CETT, in Falda del Canete, Córdoba, where launcher propulsion systems are built, integrated and tested, and another part at Punta Indio Space Center in the province of Buenos Aires ( CEPI), where progress is being made in the manufacture and integration of the fuselage.

The infrastructure required for launch services will be located at the Manuel Belgrano Space Center (CEMB) in Bahia Blanca.

CONAE also has a network of ground stations needed for the tracking, monitoring and control of the Tronador II launcher through the Córdoba ground station located at CETT, the Tierra del Fuego ground station near Tolhuin, and the future station Terrena Belgrano II. Argentina Antarctica.