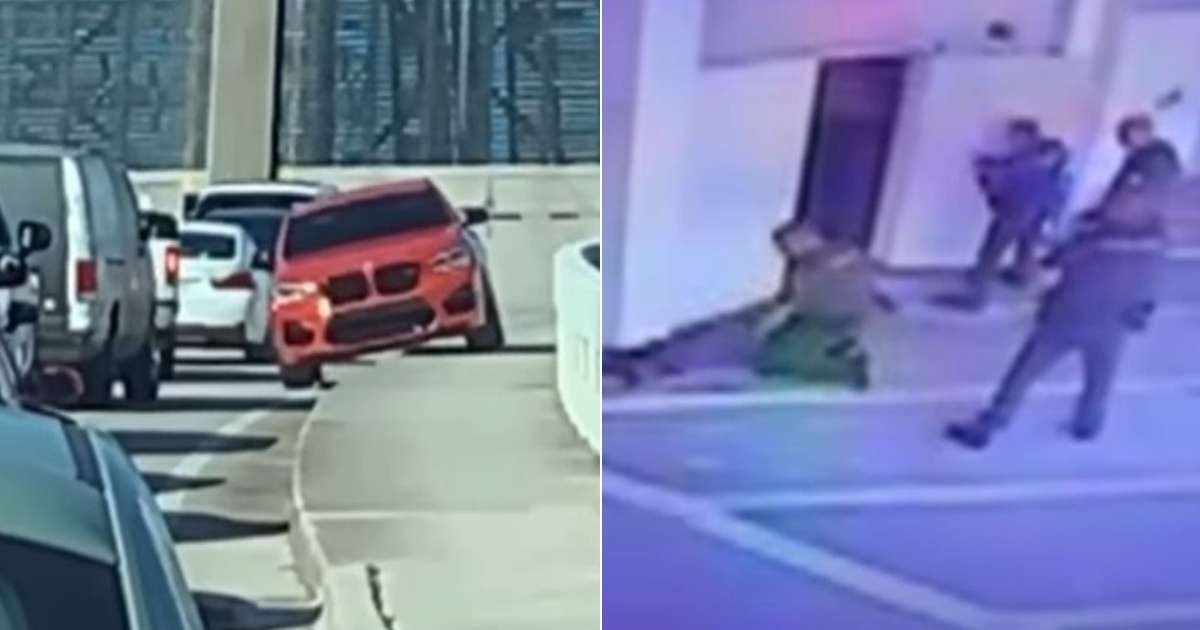 Miami-Dade police this week arrested three members of a gang who were stealing catalytic converters from cars in several Florida counties.

A witness informed the authorities on Tuesday morning and The thieves in the red BMW escaped at full speed. They thought they would get away with it, but they were not relying on the 79th Street drawbridge in North Bay Village at the time ruining their escape route.

Caught in traffic, the criminals tried to run in the opposite direction, climbed onto the pavement and passed several vehicles, creating panic among drivers waiting for traffic to resume.

The thieves eventually abandoned the car and attempted to escape on foot, but were caught in Miami Beach, where they were located in a building’s garbage room.

“During investigation it was found that” BMW had 30 stolen catalytic converters and two gunsOne of them was also stolen,” Deputy Chief of North Bay Village Police Samuel Badger said in a statement to the local press.

This Thursday, one of them, Kerwen Rodriguez, who was on parole, appeared in court.

the thieves are accused of theft of property; escape from the authorities; Grand theft in the first degree; Robbery and possession of a firearm and protest against arrest.

Police say those arrested are linked to a string of burglaries in Palm Beach and Lee County.And they’re investigating whether they’re also related to the theft of a catalytic converter from Miami resident Julio Riano, who claims he’s only been the victim of a similar theft twice in a month.

On Tuesday morning, a group of armed robbers pulled into a gray BMW in a parking lot in the area of ​​Northwest 46th Avenue and 3rd Street and stole the catalytic converter from Riano’s work truck.

The citizen says that when his wife got up to go to work, she heard the noise, opened the door and saw the thieves, who threatened her with firearms and sent them to break into the house.

“My wife started screaming and I woke up. So I went out and they threatened me with a gun too,” Riano told Univision. Images from a security camera show Julio Riano confronting the thieves with stones, who quickly fled.

This is the second incident that has happened to the family, on September 27 the catalytic converter of the same vehicle was also stolen, and three days after it was fixed, it has happened again.

“Last time they came in a gold Infiniti and now they came in a BMW with a black roof,” said the robbery victim, who assures that in both incidents they were the same subject in different cars. The cost of a new catalytic converter now exceeds $7,000.

Authorities have warned that theft of catalytic converters is frequent and criminals are making profits by selling them on the black market because they contain precious metals such as platinum, which are very expensive.

“It’s worrying because we’re not only seeing this in downtown Miami, we’re seeing this in Miami Dade, it’s a robbery that happens within minutes,” said Kenya Falatt, a spokeswoman for the Miami Police Department. That there can be between 10 to 15 such robberies in a night.